On Dafna Prenner’s office wall at Artza Productions is an axe.

Because she is tall and blondish, the writer of “The Beauty Queen of Jerusalem” nicknamed Prenner “The Viking” and presented her with an axe as a gag gift.

Prenner’s walls are also covered with classic movie memorabilia, photos of her family and friends, and a row of trophies for various TV shows her company has produced (“There are a lot more of them but these are the ones I keep here,” Prenner explained.) 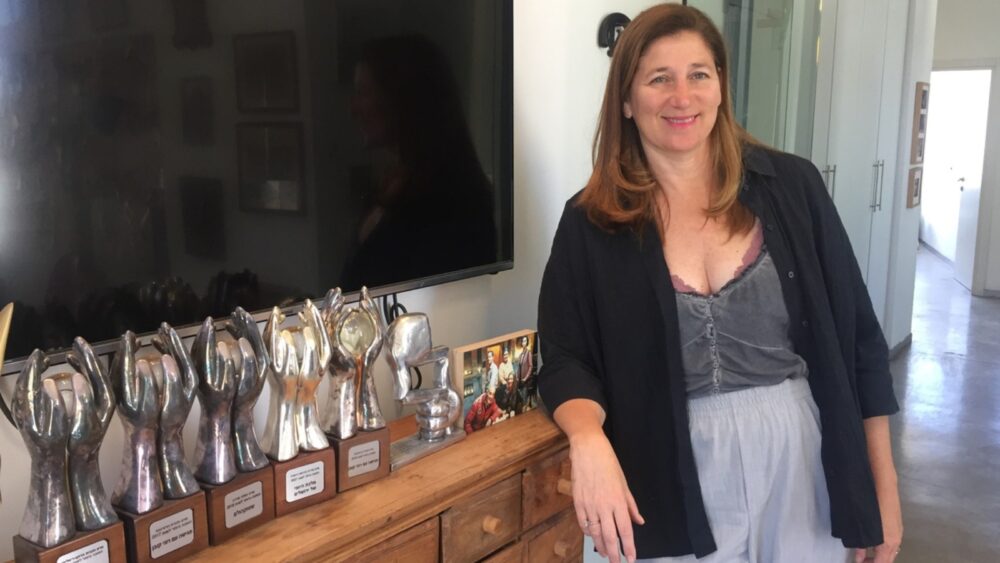 Dafna Prenner next to some of Artza’s trophies. Photo by Diana Bletter

Along with her partner, Shai Eines, the 52-year-old has produced shows like “Miller’s Crossing,” “Stockholm” and the movie “Kicking Out Shoshana,” which was the Israeli movie debut for Gal “Wonder Woman” Gadot.

During my recent visit to her office in Tel Aviv, far from the city’s trendy shops, cafés and skyscrapers, Prenner was getting ready to shoot the second season of “The Beauty Queen of Jerusalem,” which debuted on Netflix in May to rave reviews. 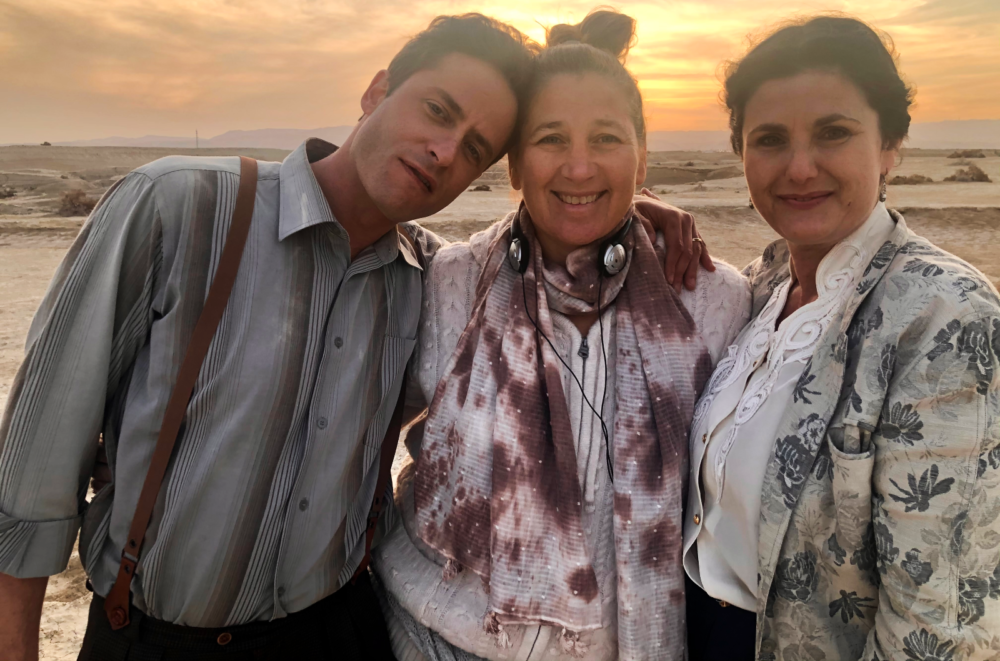 Dafna Prenner, center, with actor Michael Aloni and actress Irit Kaplan on the set of “The Beauty Queen of Jerusalem.” Photo by Nati Levi

A period drama set in Jerusalem from 1917 to 1942, the first season follows the lives of the Spanish-Jewish Ermosa family who are all unlucky in love.

Prenner, a fan of old movie classics, took me to the costume room, where there were racks and racks filled with vintage clothes that the actors wear on set.

“We bought some in secondhand stores and private sales,” she said, pointing to some silky formal dresses. “And these are for the British women in the show who dressed elegantly. Here are British Army uniforms.” 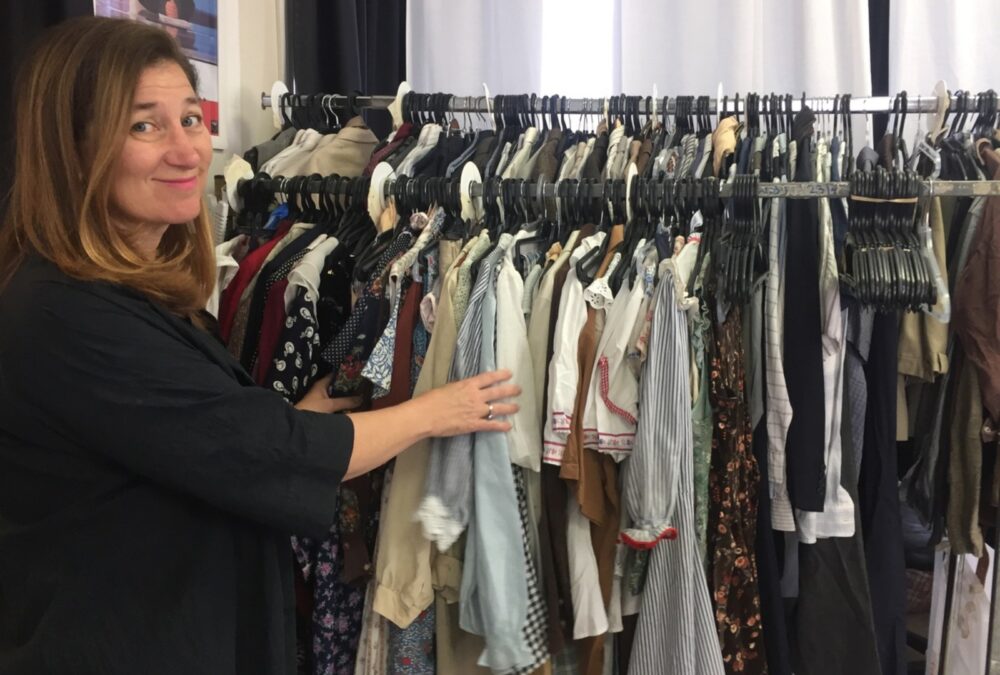 Dafna Prenner in the costume room at Artza Productions with clothes for “The Beauty Queen of Jerusalem.” Photo by Diana Bletter

Everywhere we went in her office, Prenner introduced me to her staff, pointing out production managers and designers, some of whom just won Israel TV Academy Awards.

Prenner takes pride in how Artza Productions gives jobs to hundreds of people, from cameramen to editors, writers, cinematographers and production assistants, saying, “I think it’s beautiful to help others.”

Israeli TV shows have gone global, Prenner said. In fact, Israel sells more scripted TV shows around the world than any other country besides the United Kingdom.

“Including the United States? Hollywood?” I asked.

“Why do you think that is?”

“Our talent is so good,” Prenner said. “Jews have always been good storytellers. And look at all the stories we have. Israel is surrounded by people who hate us or don’t really like us. We constantly face potential wars and terrorism. We have religious Jews and Arabs, Russians and Ethiopians, a continual source of information and pressure. Throw all these ingredients into a pot and something delicious comes out.”

A show like “Shtisel,” another popular TV show around the world, was soft and gentle in its approach. And “The Beauty Queen of Jerusalem” has appeal because it’s a family drama about love.

“It does a great job teaching people about the history of the region, and how there were Jews here way before the Holocaust.” 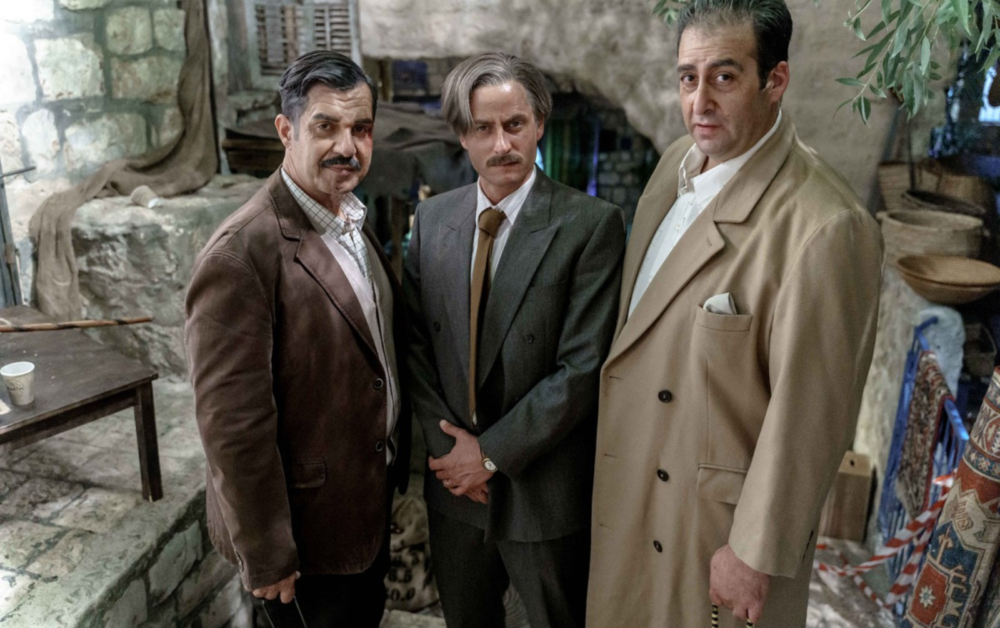 Photo from “The Beauty Queen of Jerusalem” by Nati Levi

Prenner said that many people don’t know that there was a pogrom in 1929 in Hebron when Arabs killed more than 65 Jews, an incident that appears in “The Beauty Queen of Jerusalem.”

Prenner feels that Israeli TV shows should get more support from the government the way the South Korean government offers subsidies for helping to export Korean culture.

“Now everyone loves Korean food,” she said. “The Korean TV show, ‘Squid Game,’ is massive.” She added that K-pop, a blend of Korean traditional music with modern forms, is also an international favorite.

“Israeli TV shows are our best emissaries,” she said, “Because they present Israel in all its complexities.”

TV is entertainment and also serves as a powerful teaching tool. It isn’t surprising that her mother, Johanna Prenner, was a biology teacher who became known as the “First Lady” of Israeli television.

“Do you want to tell me how that happened?” I asked.

“It’s a great story,” Prenner said. In 1963, when Israeli television was just starting, there was a need for teachers to present lessons on air for children. The producers were looking for young, energetic teachers and my mother was chosen.”

“In an American movie there is a bridge that explodes but in an Israeli movie, because we don’t have that kind of budget, an actor will make a telephone call and say, ‘The bridge just exploded.’”

Prenner turned to an old photograph of her mother, looking glamorous and magnetic.

The people who worked in the early days of Israeli television were pioneers, Prenner said.

“My mother was there from Day 1 and quickly moved to become head of programming. People sometimes looked down on her and said she was ‘just a teacher’ but she was very intuitive and went on to be in charge of groundbreaking shows including some of the longest-running comedy shows.”

Prenner spent a lot of time with her mother in her office, “a magical place,” and knew from the age of 11 that she also wanted to be in television “just like my mom.”

After graduating New York University Film School, Prenner returned to Israel and started work as a secretary at the Israeli television company that became HOT. She moved on to Israel’s Documentary Channel and then to Channel 10, where she was head of drama and director of programming.

When Prenner’s mother passed away in 2005, she left television, which “was my connection to her.” A while later, she was asked to help out a tiny company, which became a big, successful production company.

Prenner is the mother of three children and married to Samuel Miller, who teaches literature in a high school after leaving high-tech. She likes to swim (“It makes me inspired and rejuvenated”) and in between everything else, she tries to watch as much TV as possible.

“I’m not a big fan of reality shows,” she confesses, but she watches at least one episode of all scripted shows that come out in Israel.

Israelis love comedies “because people like to get away from life and laugh,” she said, and Israeli producers also supply them with action dramas that, well, “don’t have too much action.”

She explained that Israel doesn’t do “big war movies” with special effects. In an American movie, let’s say, “There is a bridge that explodes but in an Israeli movie, because we don’t have that kind of budget, an actor will make a telephone call and say, ‘The bridge just exploded.’”

Until “The Beauty Queen of Jerusalem,” she’d never produced a period piece. Although the story is set in Jerusalem, it is being shot in Safed (Tzfat), where the winding alleys and ancient buildings have been preserved and are similar to historic Jerusalem.

“It’s the first half of the 20th century and we have to make it authentic, make it all look real and feel real.” 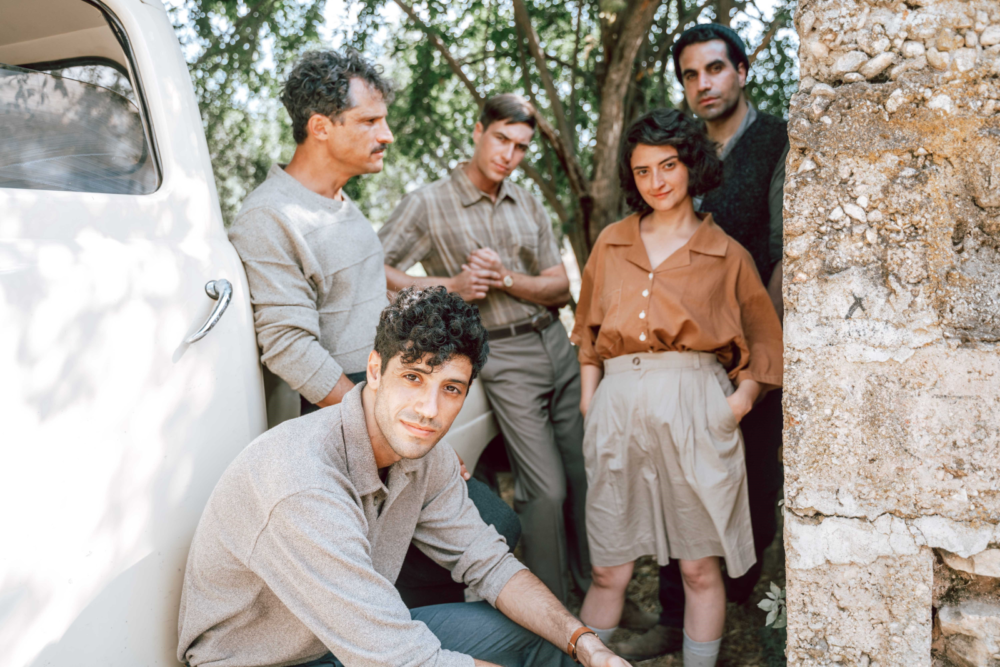 A scene from the set of “The Beauty Queen of Jerusalem.” Photo by Nati Levi

She likes to challenge herself because “when I challenge myself, I also challenge the people I work with and then they get more enthusiastic.”

Prenner would like to dive into genres that haven’t yet been done in Israel including science fiction, musicals and stories set “in the jungle or in outer space.” She said Artza has some surprising new shows for the future, but she can’t talk about them yet.

“Israel is a great hothouse for ideas and we have unique storytellers here. I believe that we will see growth not just in the number of shows that will travel out of the country, but also in the scope of the productions leading to more large-scale and versatile shows,” she says.

“At the moment there is a great number of thrillers and action dramas in production and development, and the public channel has given the social drama genre a boost. My personal hope is to see more feel-good series, since life in not always easy here.”

Just as people around the world are investing in Israeli high-tech startups, they are also investing in its creative ventures.

“People don’t always understand a high-tech startup but they do understand entertainment,” Prenner said. “So they decide to invest, they can make money, and they also sell a really good story.”