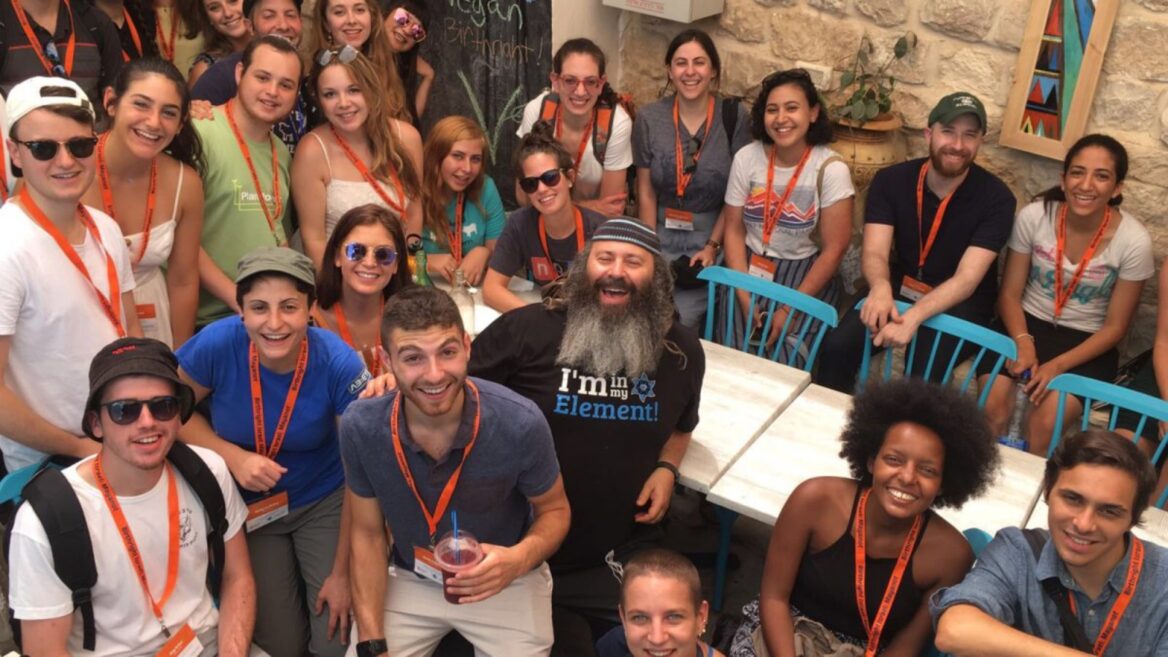 Zev Padway is a former Hare Krishna, now Kabbalistic chef who owns and operates Elements Café just outside of the artist’s district in Safed (Tzfat), a northern Israeli city with a strong mystical tradition.

Padway learned how to cook and use spices from following the Hare Krishna customs. “I participated in Rainbow Gatherings for years, and I fed tens of thousands of people for free at these events. It was weird to now be making money while serving food,” he tells ISRAEL21c.

The Greenfield family donated the house to Chabad, didn’t sell it. Chabad is still the owners of the house, and Zev works under them,

He loves the location of his restaurant because it is tucked away, and people “have to find us in order to come eat with us.”

Padway himself is neither gluten-free nor vegan, but he saw a need for a restaurant offering these food options in Safed.

“The only restaurants up here are very carb and meat heavy. I wanted to open a healthy restaurant that represents ‘living food for the body and soul.’” This is the restaurant’s slogan.

His passion to meet all the dietary preferences for people traveling to the beautiful Upper Galilee city has caused Elements Café to soar to the #1 rated restaurant in Safed on Tripadvisor. 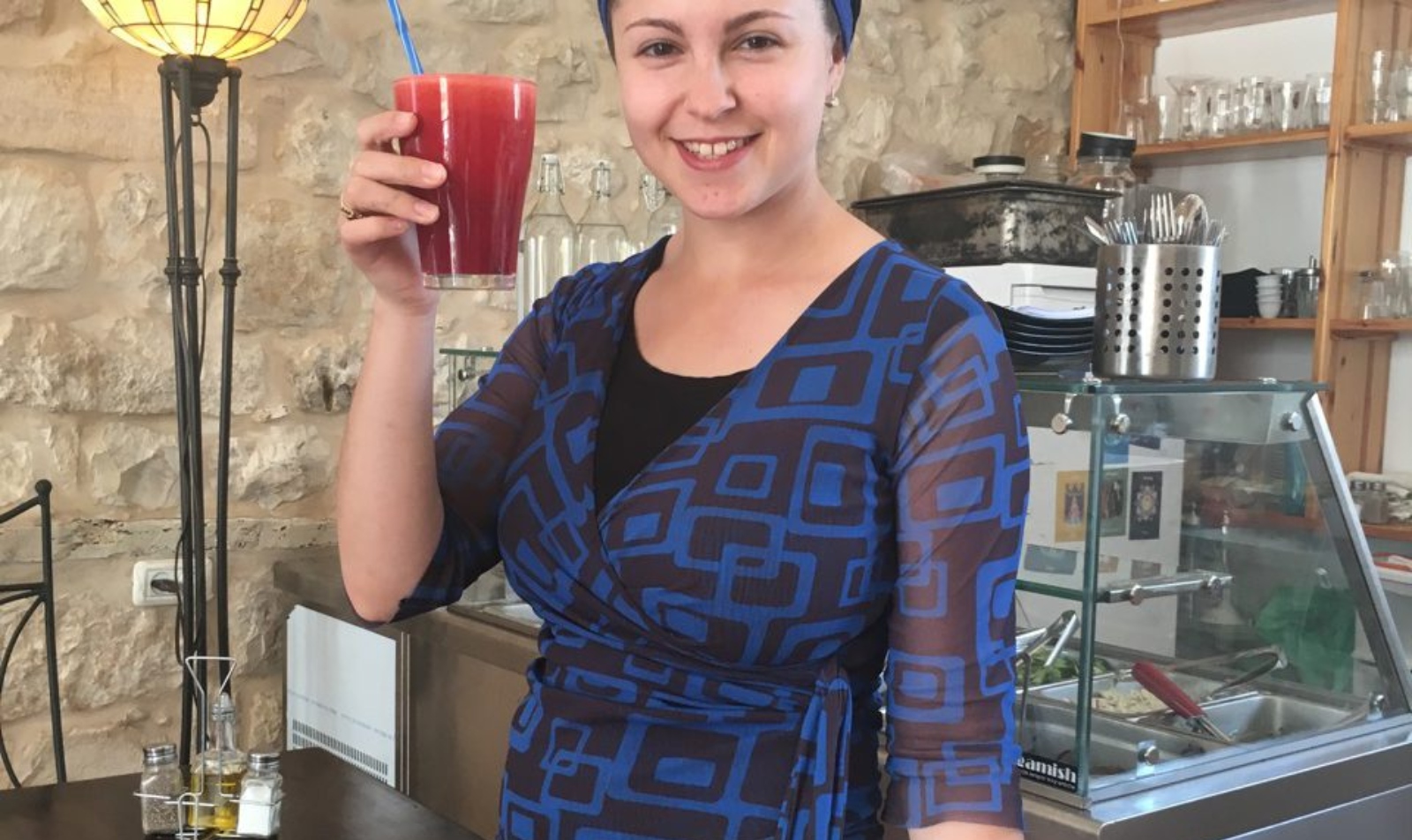 Have a smoothie at Elements Café in Safed. Photo: courtesy

“Birthright groups come to us all the time,” says Padway.“The first vegan Birthright trip loved our restaurant. I speak to different yeshivas and seminaries that come to visit as well.”

He loves to speak to all kinds of groups about the story of his restaurant and life.

When we asked about the background of Elements Café, Padway sprung into a long beautiful story.

“The building was formerly a house and was owned by a family for over 200 years, witnessing many generations grow up. One day a man came into Elements Café looking around and admiring the space. I said, `How can I help you?’ The man responded with ‘I was born in this room!’”

After the family moved out, they donated the building to the Chabad Lubavitch Hassidic sect.

“Chabad Rabbi Chaim Kaplan raised all the money to make the space what it is today. He wanted to make it into a coffee hangout place specifically for farbrengens [festive Lubavitch gatherings] and kiruv [Jewish outreach] work.”

When Padway, who works for Chabad, turned it into a vegan and gluten-free restaurant three years ago, he adopted the name Elements Café, remodeled the inside and changed the logo. But he still welcomes Chabad to do outreach work in the space.

Padway immigrated to Israel from Berkeley, California, nine years ago and has lived in Safed for three years.

When ISRAEL21c asked him what he did before that, he responded, “What didn’t I do before I owned my restaurant is a better question…narrative therapist, giving tours, videography filming and photography, running a Tzfat-based scavenger hunt [Israel ScaVentures] for visiting families.”

However, he has found his passion in his restaurant, and is constantly experimenting with new menu items. The most popular item right now is the vegan ice cream.

Elements Café also boasts a delicious gluten-free and vegan pizza. “We do not want to pretend that it is real pizza, but instead we wanted it to be raw or gourmet vegan food. The crust is made from sprouted buckwheat, sunflower seeds, flax seeds, and different spices that are ground together to make a gluten-free crust. We have cashew ‘cheese’ and a fresh homemade blend of spices and vegetables to put on top.”

Padway wants to continue experimenting with new and inviting gluten-free and vegan dishes to add to the Elements Cafe menu.

His biggest struggle is finding employees, and he is always looking for chefs interested in whole food and making healthy options for the residents and tourists of Safed.