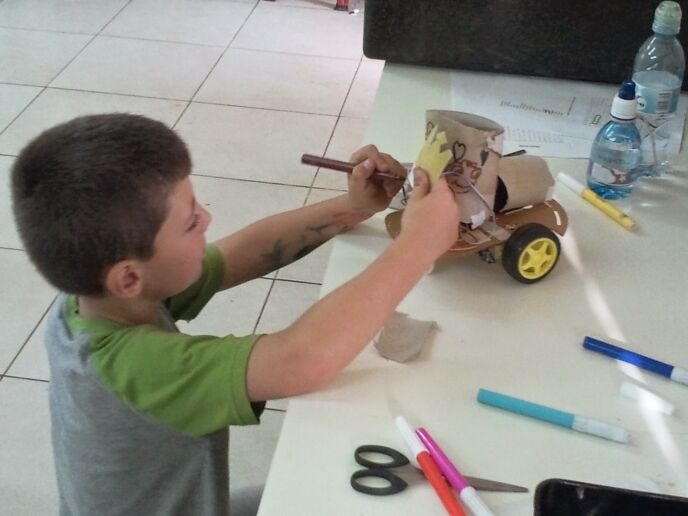 Anything from toilet-paper rolls to old wheels gets repurposed at Steve’s Garage.

The “maker movement” has taken the world by storm, and now Israeli kids can get in on the fun with the help of adult mentors.

“Even children are thirsty to do some basic things like playing with wires and turning on an engine or a light,” says entrepreneur and electrical engineer Philippe Scheimann, 52, who founded Steve’s Garage afterschool clubs with his wife, Ophira.

Kids bring old toys and gadgets from home to supplement the kit full of electronic goodies the club provides, and with all these parts they fashion new stuff such as simple machines and robots.

One club made an electronic Hanukkah menorah using old remote-control devices to “kindle” one LED bulb at a time. Older groups even learn how to control their inventions using smartphones and apps.

Scheimann named the chain of clubs (called Arts in Electronics in Hebrew) in homage to the Jobs family’s California garage in which the very young Steve Jobs and Steve Wozniak built their first computer, the Apple I. We all know the spectacular end of that story.

However, the point of the maker revolution is not necessarily to become the next Steve Jobs but to learn how to turn an imagined object into a working prototype with one’s own hands. 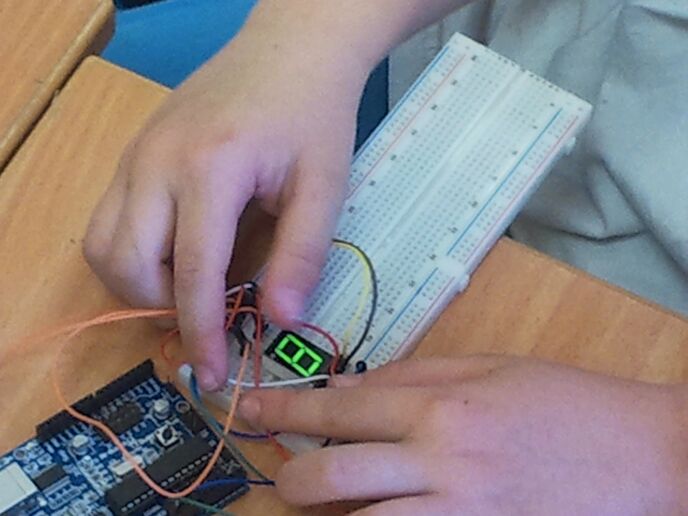 “Many people have ideas that stay at the level of an idea and never get turned into a product,” says Scheimann, whose previous venture, SOSTravelers, did not make it off the runway. He’s had better success with several other tech-social startups since his arrival in Israel from France more than 30 years ago, including All in Peace and Technology of Peace.

Encouraged by the eager response of kids and parents, Scheimann envisions Steve’s Garage spreading across Israel and beyond. “The maker movement is worldwide, but what I’m doing is really systemic — we’ve built a whole program. I’m not aware of anything similar,” he tells ISRAEL21c. 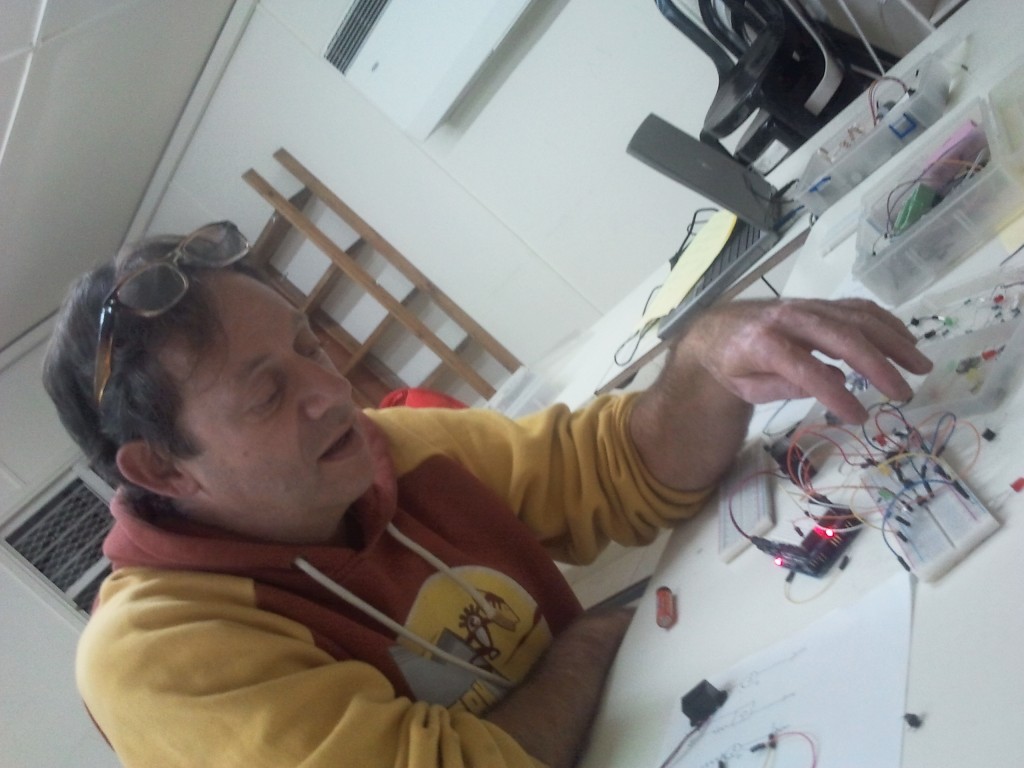 Established last year in community centers in Ramat Hasharon, Kfar Yona and Misgav, Steve’s Garage has expanded to several Tel Aviv locations, as well as Alfei Menashe, Kfar Saba, Haifa, Carmiel and other central and northern towns. Scheimann lives in a small village in the Galilee.

The clubs are led mainly by university engineering students, assisted by high-school students.

“We’re nurturing the next generation of inventors,” says Oz Hiba, an electrical engineer and Ariel University physics student. He ran an English-speaking Steve’s Garage club in Ramat Hasharon last year and is now working with 65 kids who chose Steve’s Garage as their activity in Tel Aviv’s private Englilush afterschool program.

He helps the six-, seven- and eight-year-olds build simple robots and learn about circuitry, among other skills. Many of the projects they make are themed to Jewish holidays, such as a Purim clown with eyes that light up.

“We combine elements of recycling, too. For example, we turned old tea boxes into robots,” Hiba tells ISRAEL21c. “Everything we do really helps their fine motor skills in addition to the technical knowledge they gain.”

The spark for Steve’s Garage came from Scheimann’s discovery of Arduino, an Italian open-source electronics platform based on easy-to-use hardware and software for anyone making interactive projects. Arduino has about 100,000 enthusiasts internationally.

“I learned that electronics and computer software is much different than when I was starting out; it’s now a kind of LEGO game where you simply assemble hardware and software,” Scheimann says. “Even kids at the age of six or seven can build something this way.” 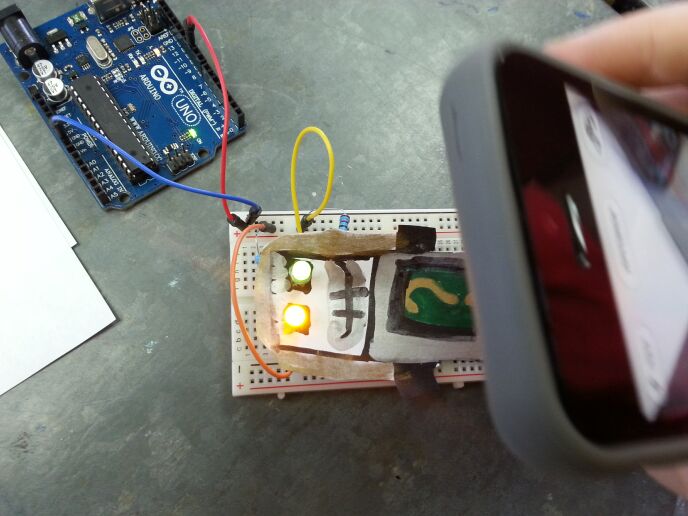 Based on that experience, two years ago the Scheimanns started giving private maker workshops to children and their parents using Arduino tools. The lessons became so popular that Steve’s Garage was a natural next step. The Scheimanns’ business model is to receive a percentage of the fee that community centers charge per student.

“We also provide consulting for adults who want to build prototypes,” says Scheimann, who has a master’s in business administration. “A lot of our students’ parents want to be makers, and we can provide help in terms of technology and business consulting.”