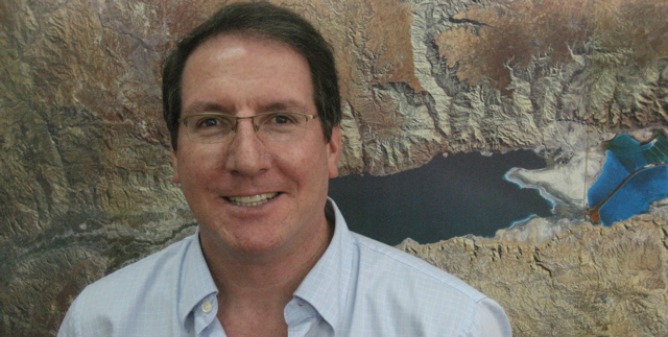 Flash floods are the leading cause of weather-related deaths in the US, arriving without warning and wreaking swift destruction. As the country’s most common natural disaster, many lives would be saved if flash floods could be predicted in advance. Now an Israeli professor thinks he’s discovered a way – through the study of lightning.

According to Professor Colin Price of Tel Aviv University (TAU), 90 percent of Atlantic hurricanes were preceded by unusual lightning activity above the highlands of Ethiopia. Armed with this knowledge, the study of lightning can be used to create a warning system for the prediction of flash floods.

Price is now coordinator of the “Flash Project,” a collaboration of five European countries with funding from the European Union. By setting up stations in these countries, Price and his team will study lightning patterns and how they affect the weather around the world.

“Using the radiation emitted from lightning flashes, we’ve developed a system that can give adequate warning to the public – and save lives,” Price, head of TAU’s Geophysics and Planetary Physics Department, tells ISRAEL21c.

An early warning system for floods

Such an early warning system is called “nowcasting,” as opposed to forecasting the weather, because it defines the ability to predict what will happen within hours rather than within a matter of days. Such “nowcasting” is vital in the case of flash floods, which arrive too suddenly to be accurately forecasted.

A native of Johannesburg, South Africa, Price moved to Israel when he was 20, and proceeded to earn his Bachelor’s degree and Master of Sciences at Tel Aviv University. But it was when Price was at Columbia University in New York, whilst doing his PhD, that he developed an interest in lightning.

“I was looking at forest fires and how they’re impacted by climate change,” recalls Price. “I started to look at what ignites forest fires, so I looked at how lightning may change as a result of climate change. I’ve been working on topics related to lightning since then.”

Among Price’s other lightning related projects is the study of sprites, flashes of light above thunderstorms that are triggered by the lightning below. These flashes can take the form of unusual shapes, such as of carrots or jellyfish, and are tens of kilometers in size. The study doesn’t yet have a clear utility – Price is pursuing it out of scientific curiosity. “It could have significance to the chemistry of the upper atmosphere,” he suggests.

Price has a broad-based vision for developing an early warning system for flash floods for countries around the world. The initial phase will be to test the results of the research application. Ultimately Price envisions a system in which warnings can be communicated via SMS, RSS feeds, GPS units and other devices.

When the system is ready for practical application, it will provide updated information on lightning activity every 15 minutes. The next step will be to get forecasters and emergency management agencies to make use of the system, so that they can give Price and his team feedback on how it can be improved.

Flash floods are a particular danger in urban areas, or in very dry areas where the ground is tightly packed against water absorption, such as in deserts. Since climate change has led to a decrease in steady rainfall in many countries, and instead led to short bouts of intense rain, the risk of flash floods is increasing. Countries such as Spain and Italy now have less rain overall, but the rainfall is more intense.

“There may be more support for this kind of research in future because Europeans are very aware of climate change,” acknowledges Price. “They’re worried about it and investing a fair amount of money in these topics.”