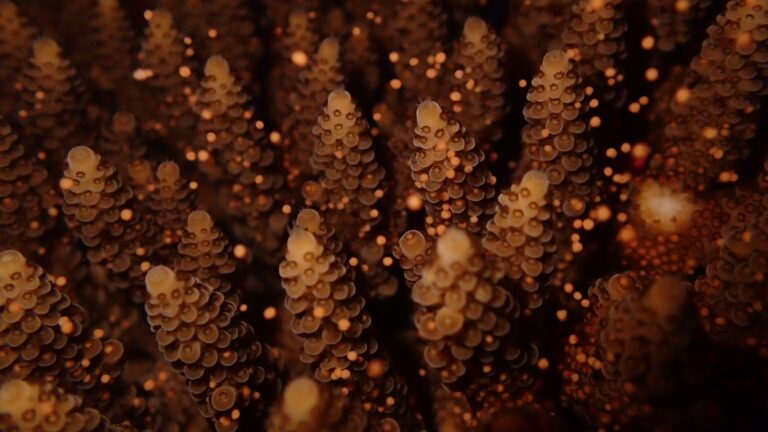 Coral gamete release into the water during the spawning night. Photo by Charlon Ligson

Natural light cycles of sunlight and moonlight are essential for marine organisms, particularly coral reefs, to regulate their physiology, biology and behavior.

Coral gametes (sperm and eggs) are released into the water for external fertilization whose success depends on specific natural environmental conditions. 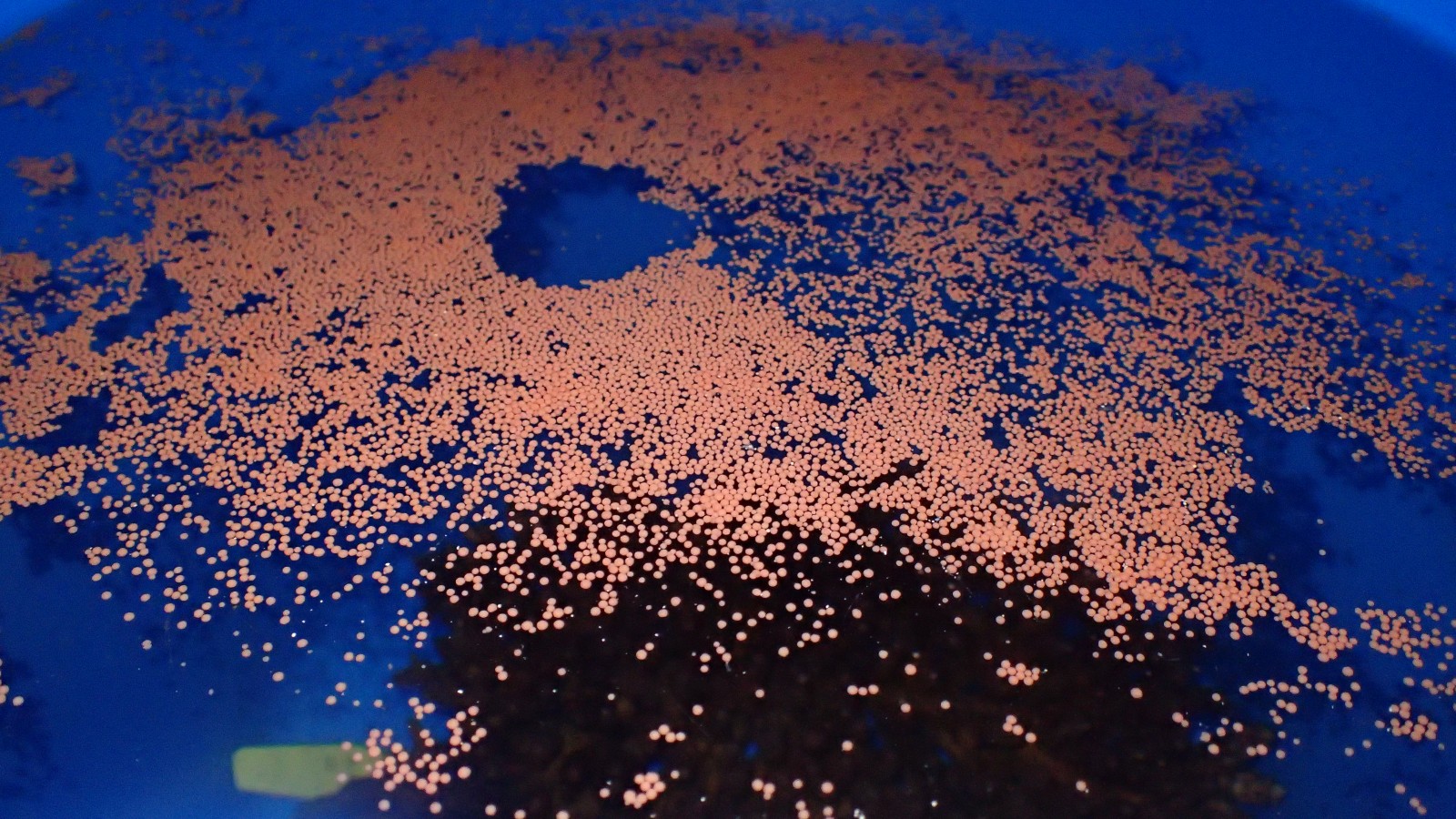 Bundles released after spawning of the coral Acropora millepora. Photo by Charlon Ligson

ALAN from streetlamps, billboards and buildings has a negative effect on these conditions. And it’s only getting worse due to the high rate of urban development in marine coastal areas around the world.

For this study, published in the journal Current Biology, researchers collected two coral species, Acropora millepora and Acropora digitifera, from the Indo-Pacific Ocean. Ninety colonies were transferred to the Bolinao Marine Laboratory, located in an area in the Philippines with no light pollution.

Three groups of colonies– two experimental and one control group — were placed in outdoor tanks, exposed to natural sunlight, moonlight and seawater. The experimental groups also were exposed to cold and warm LED lamps from sundown until sunrise. 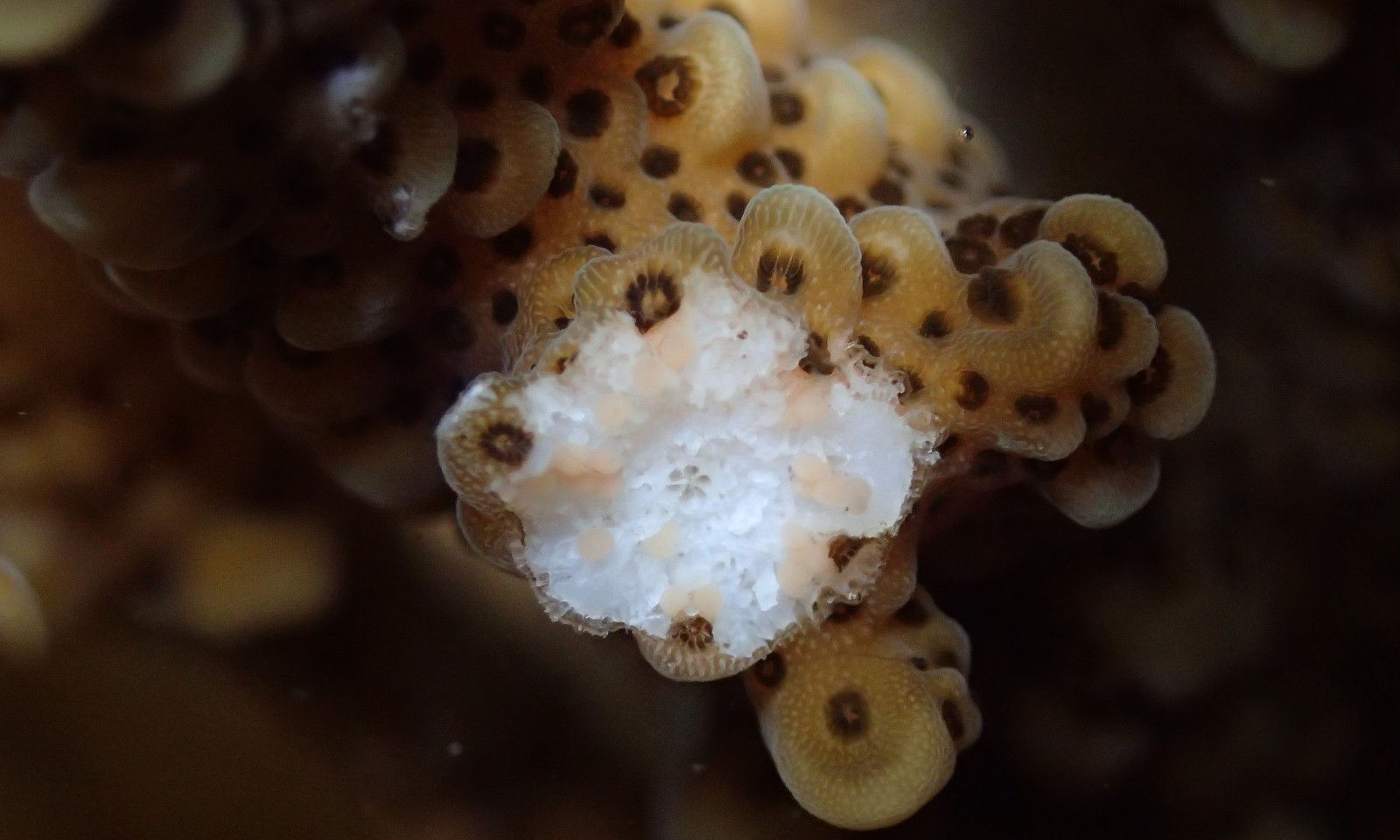 The study’s lead author, Prof. Oren Levy of the Mina and Everard Goodman Faculty of Life Sciences at Bar-Ilan, said that only corals exposed to natural light cycles succeeded in spawning synchronization.

He and his team created a first-of-its-kind global map that highlights areas most threatened by ALAN, including the Caribbean Sea and the Pacific and Indian oceans.

One striking example is the Gulf of Aqaba/Eilat in the northern Red Sea, where considerable urban lighting is present close to shore. Here, the least affected area is 47% brighter than a natural night sky, and the most affected areas are 60 times brighter.

The scientists concluded that ALAN must be considered in conservation plans for coral reefs near areas of human activity. Levy hopes to determine whether some corals adapt better to light pollution and, if so, what mechanism underlies their resilience.

Light pollution specialists Christopher Kyba and Helga Kuechly from the German Research Centre for Geosciences participated in the study along with researchers from the Interuniversity Institute for Marine Sciences in Eilat, Tel Aviv University and the Marine Science Institute at the University of the Philippines.