The super-grain of the future is coming from our distant past, says Ruth Nieman, author of the newly published cookbook titled Freekeh, Wild Wheat and Ancient Grains.

An ancient wild wheat-grain, freekeh is now achieving foodie fame around the world.

In her cookbook, Nieman not only shares recipes for freekeh bread, salads and soups, she also delves into the history, culture and traditions of grain crops that had their start in the Middle East.

“They were the staples of hunter-gatherer ancestors within the Fertile Crescent,” Nieman tells ISRAEL21c, referring to the historic region of the Middle East that includes parts of Israel, Lebanon, Jordan and Iraq. 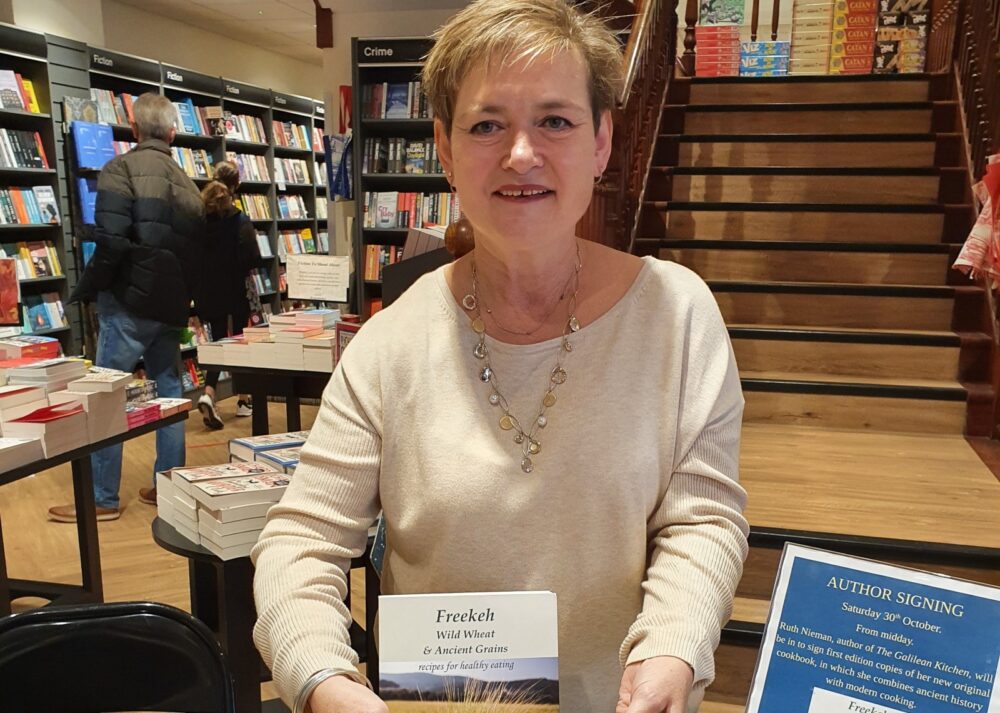 Freekeh is young durum wheat harvested while it is still green and then smoked or roasted. It resembles spelt and bulgur.

Nieman said this crop was mentioned in the Bible, when Ruth gleaned the wheat in Boaz’s field in Bethlehem. Muslim caliphs used to cook squab stuffed with freekeh, Nieman said.

In fact, in her research with the help of archeologists, archeo-botanists and culinary historians, she came upon a recipe from the 13th century.

Since many people around the world are turning to plant-based diets for health and sustainability reasons, Nieman made all the recipes in her book vegan or vegetarian.

Although she isn’t a vegan or vegetarian herself, in creating recipes, she said, “it’s easier to add a piece of chicken to a dish, let’s say, than to take away ingredients.” 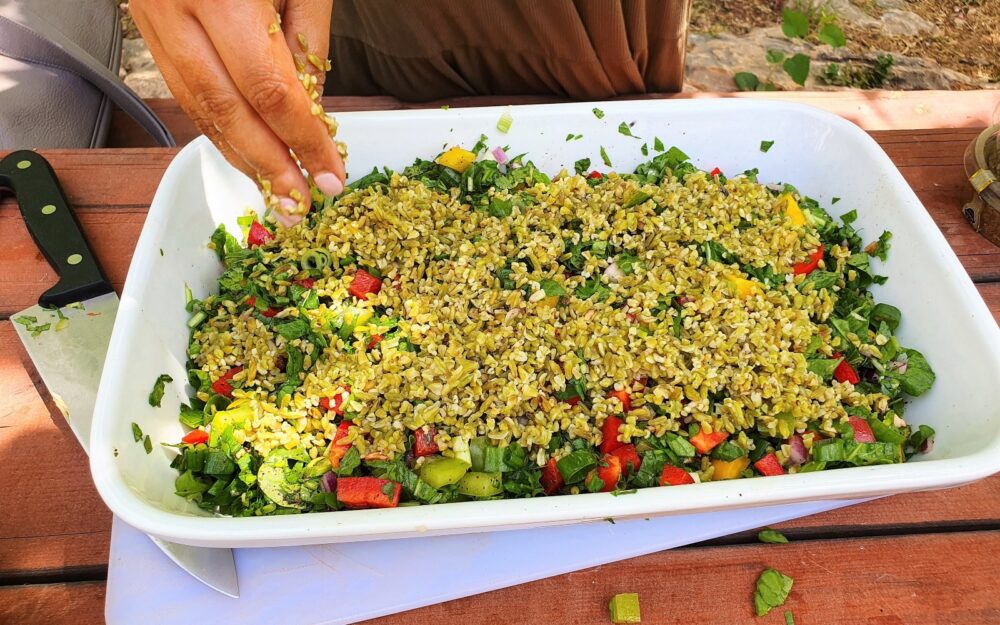 These days, Nieman, 58, divides her time between Israel and the United Kingdom. She spent many years living on Kibbutz Amiad in the Galilee. She fondly remembers “when 500 people ate three meals together in the dining hall each day, which bonded them together.”

Upon her return to England, she worked as a nurse for 15 years. In her late-30s, she switched career tracks and trained to become a chef, running a successful catering business.

Having lived in Israel where the food is so delicious, she wanted to take that cuisine back to England. She was soon writing about the food she was preparing.

Her first book, Galilean Kitchen, which she self-published, went on to win a Gourmand Cookbook Award in 2018. Her new book has been shortlisted for the 2021 Andre Simon Award.

“My take on food has always been fresh and Middle Eastern,” she said. “British cuisine isn’t as healthy as Middle Eastern cuisine, and I wanted to introduce more flavors and freshness.”

Freekeh and other ancient grains have less gluten than the amount in modern processed wheat, Nieman said. While not safe for people with celiac disease, freekeh is softer and easier to digest and can be eaten by people with a slight intolerance to gluten.

“These ancient grains are now on the international food map,” she said. 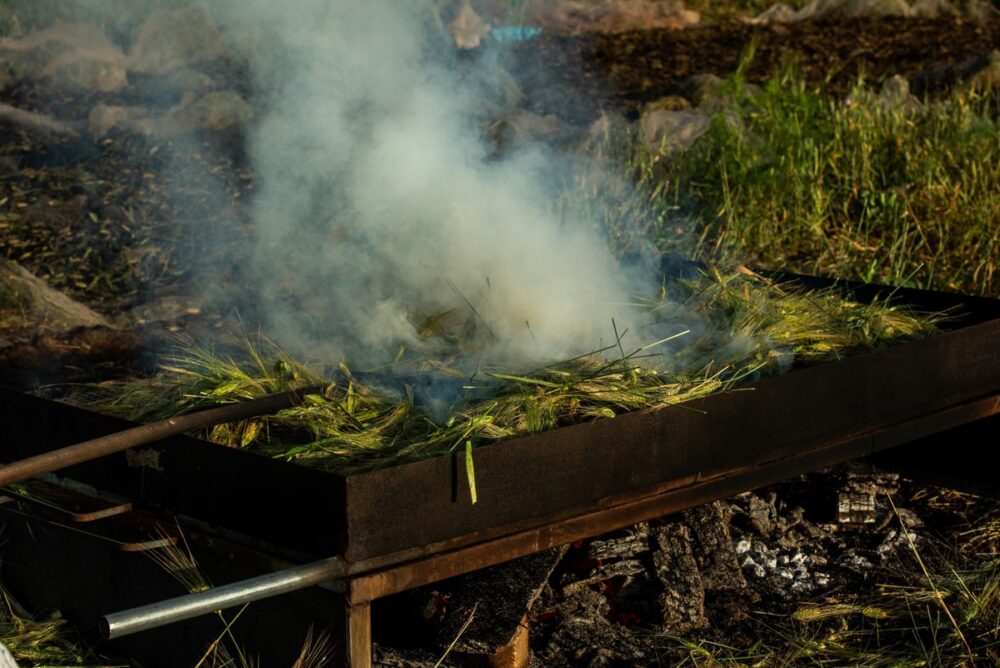 Smoking freekeh in the wheat fields of Sachnin, Israel. Photo by Neil Mercer

When visiting Israel, Nieman likes foraging for asparagus, leaves and edible flowers. She said she’s one of many people who want to “know their terrain and what comes from the ground.”

Nieman said she began catering because she loved the idea of sharing food. She believes that food should be a neutral platform.

“When it comes to food, it doesn’t matter what your religion is or what your politics are,” she said.

“Learning about different foods and flavors is so interesting to me,” she said. “A lot of Middle Eastern cuisine, whether it’s Jewish, Muslim or Christian, is passed down through the generations, from our mothers and grandmothers.”