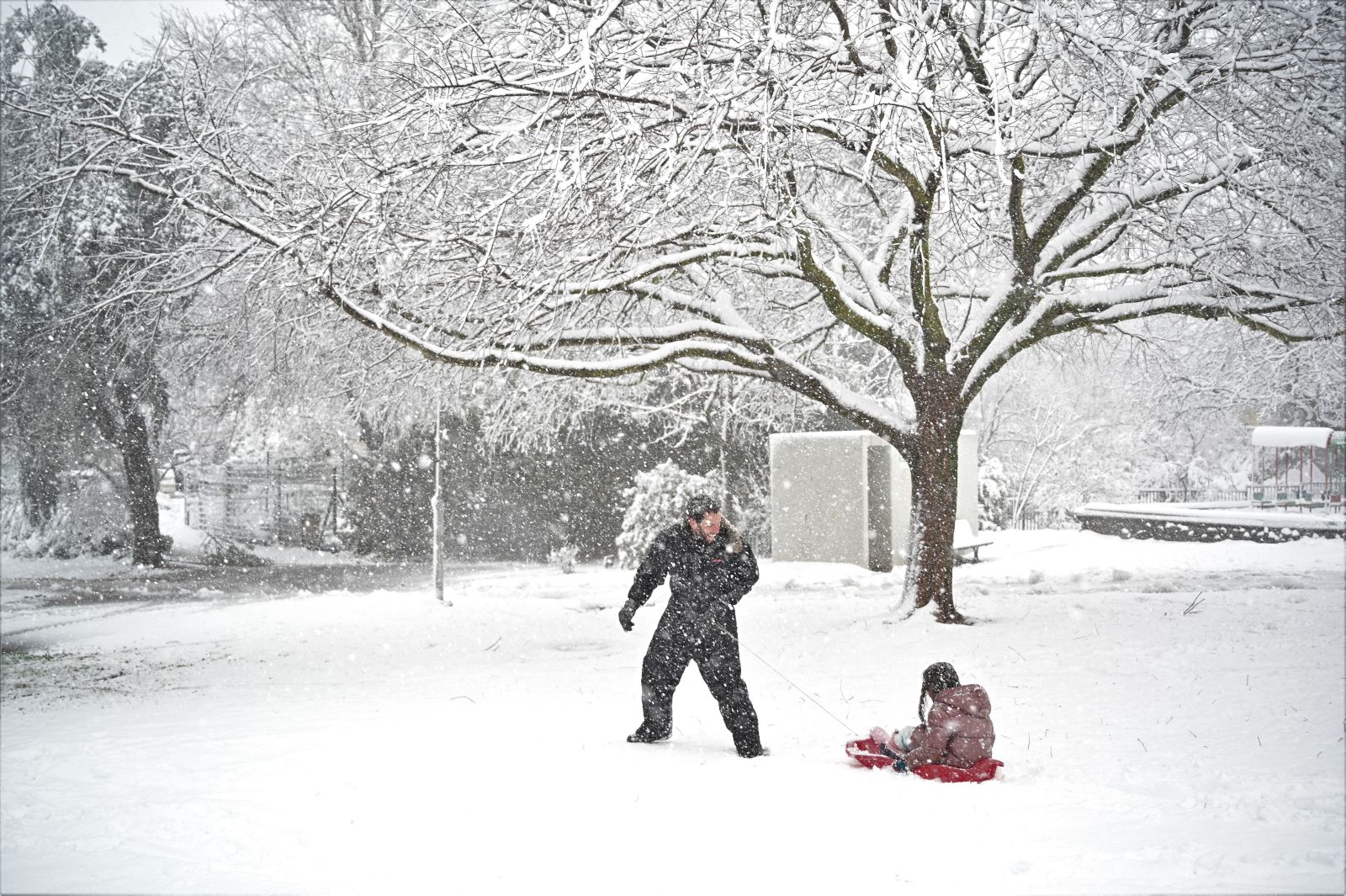 After a spell of unusually warm weather, colder temps and precipitation arrived in Israel, delighting kids (and kids at heart) and stopping traffic.

What a difference a few days makes. At the beginning of the week, we were still enjoying sweater weather in Israel, with unusually warm temperatures in January and February.

But Wednesday truly ushered in winter – cold wind, heavy rain, and in many places even snow.

While all this precipitation has led to some dangerous flooding conditions, closed roads and suspended public transportation in many parts of Israel, the white stuff is a welcome distraction for the many kids and adults who’ve been stuck at home for the better part of a year.

Here are some images from around Israel, starting with a video of snow falling in the Old City of Jerusalem. 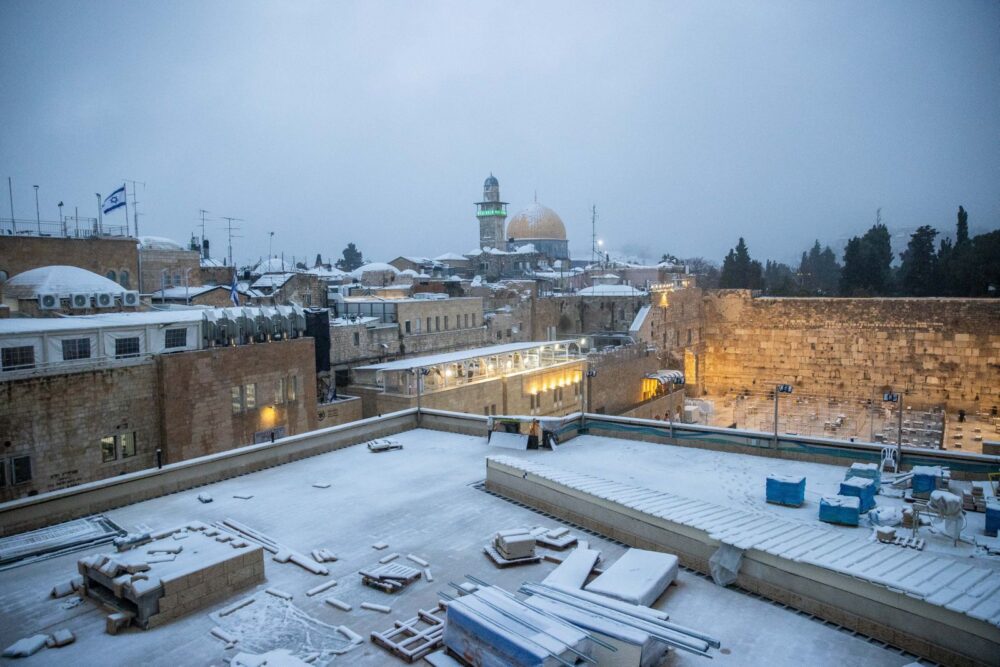 A snowy view of the Dome of the Rock and the Western Wall in Jerusalem’s Old City, on February 18, 2021. Photo by Yonatan Sindel/Flash90 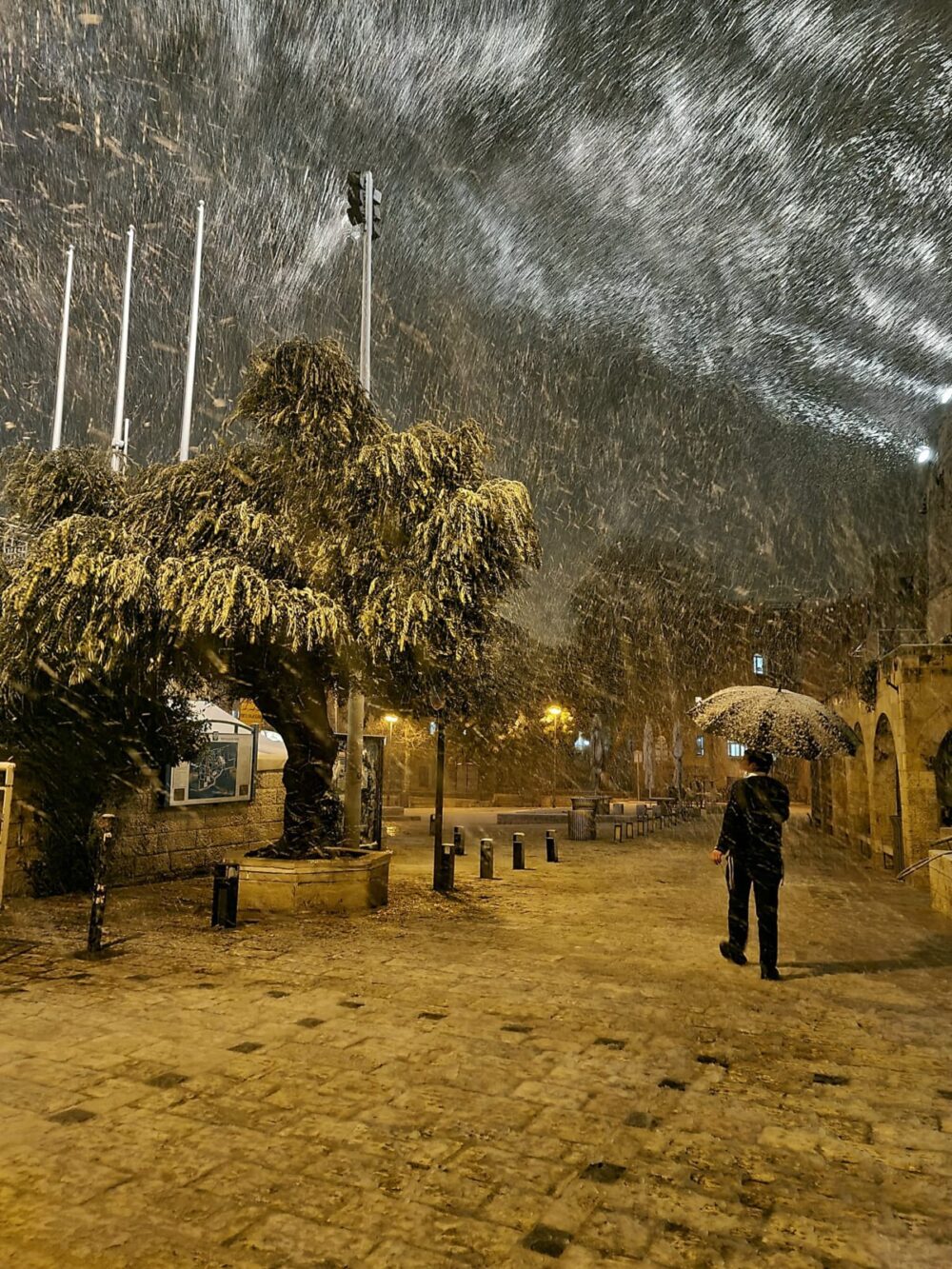 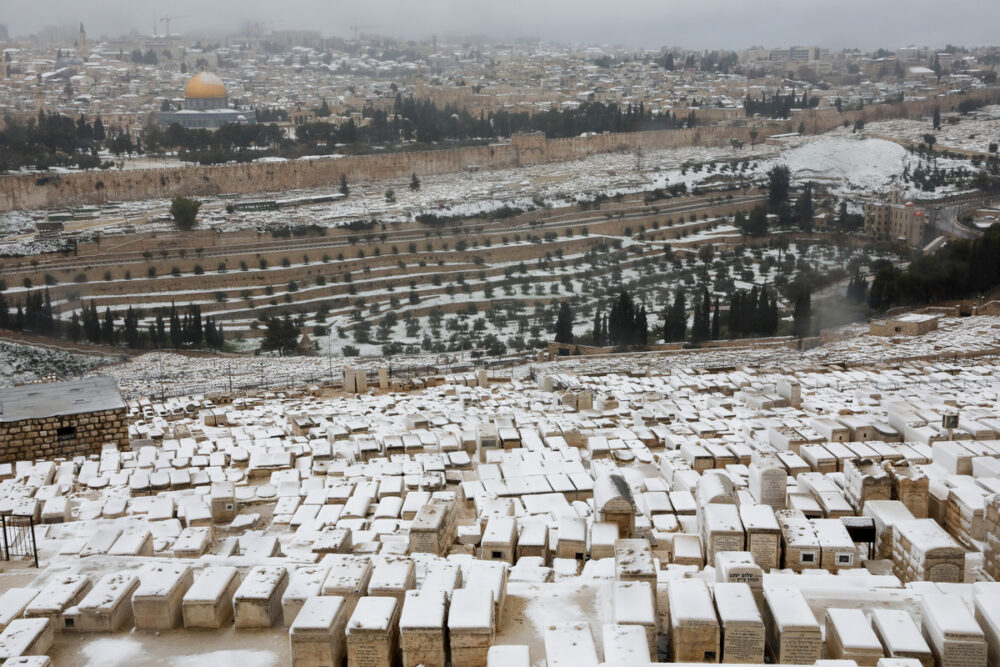 The snow covered Mount of Olives with Jerusalem’s Old City in the background, on February 18, 2021. Photo by Nati Shohat/Flash90 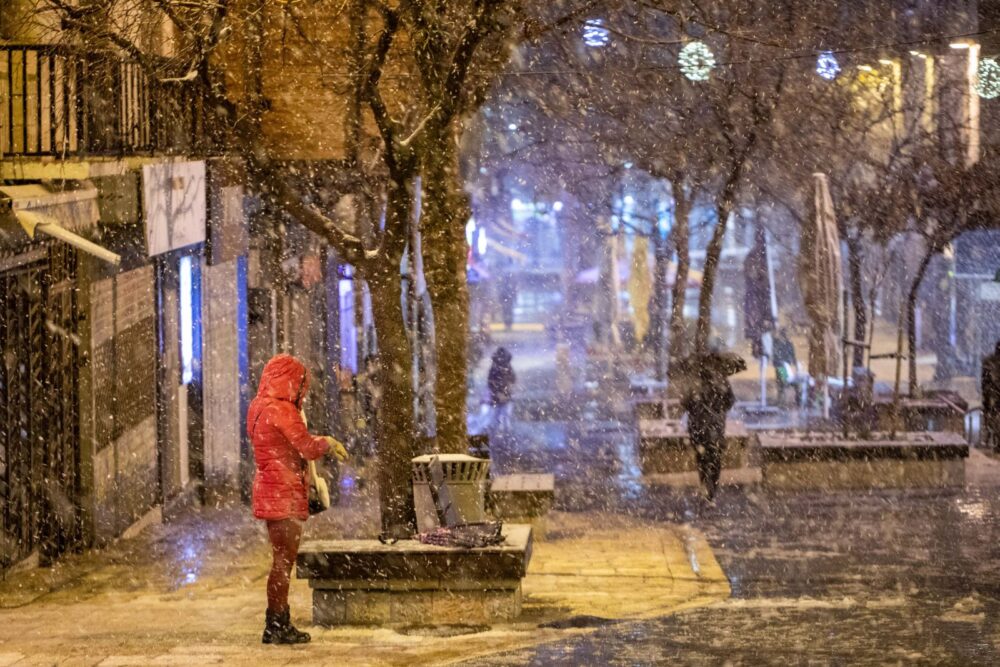 People seen in downtown Jerusalem during a snow storm on February 17, 2021. Photo by Yonatan Sindel/Flash90 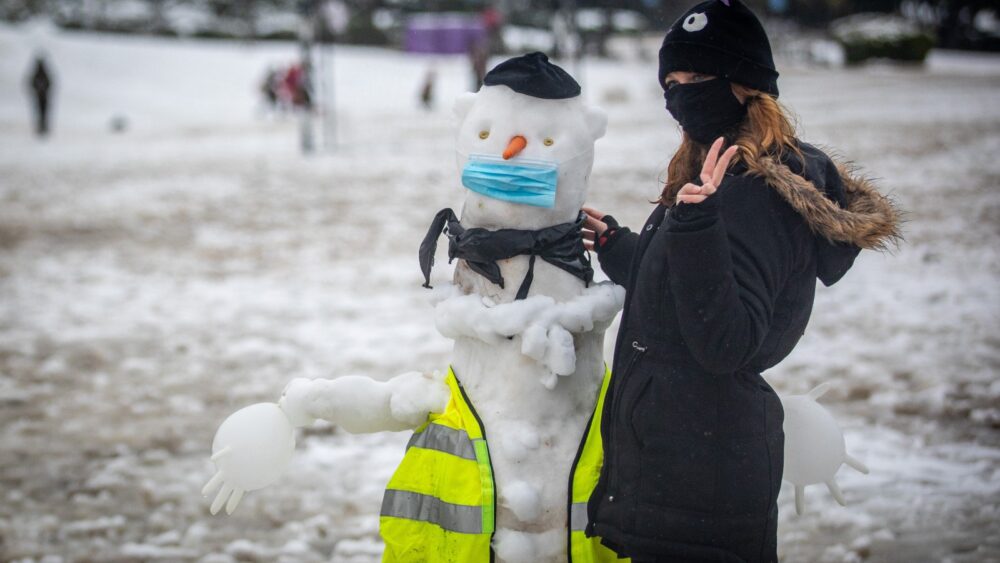 This snowman (snowbear?) is fully outfitted with a kippah and PPE in Jerusalem’s Sacher Park, February 18, 2021. Photo by Yonatan Sindel/Flash90 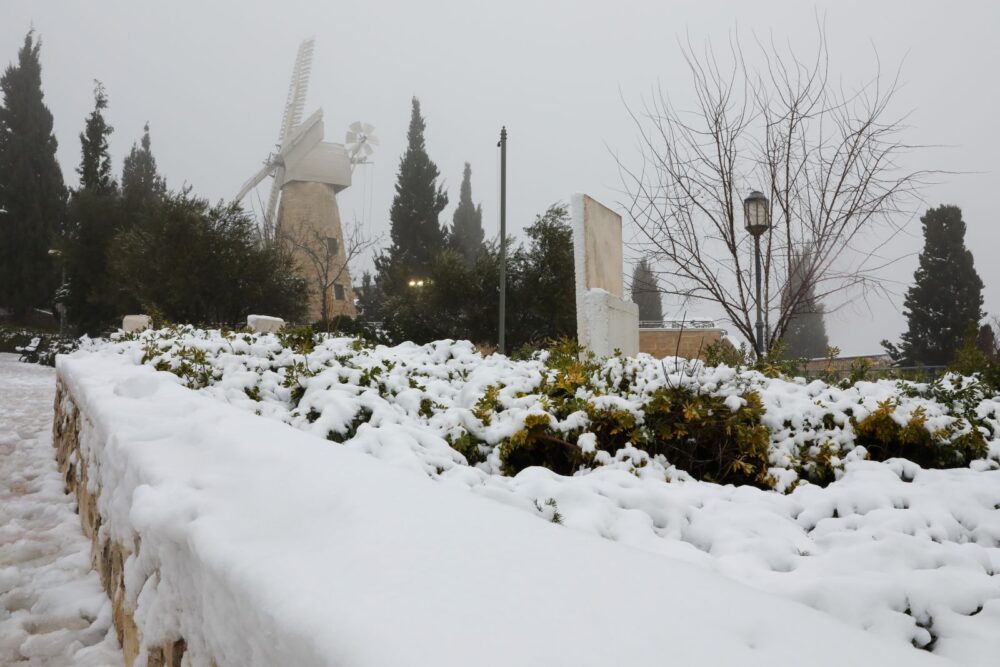 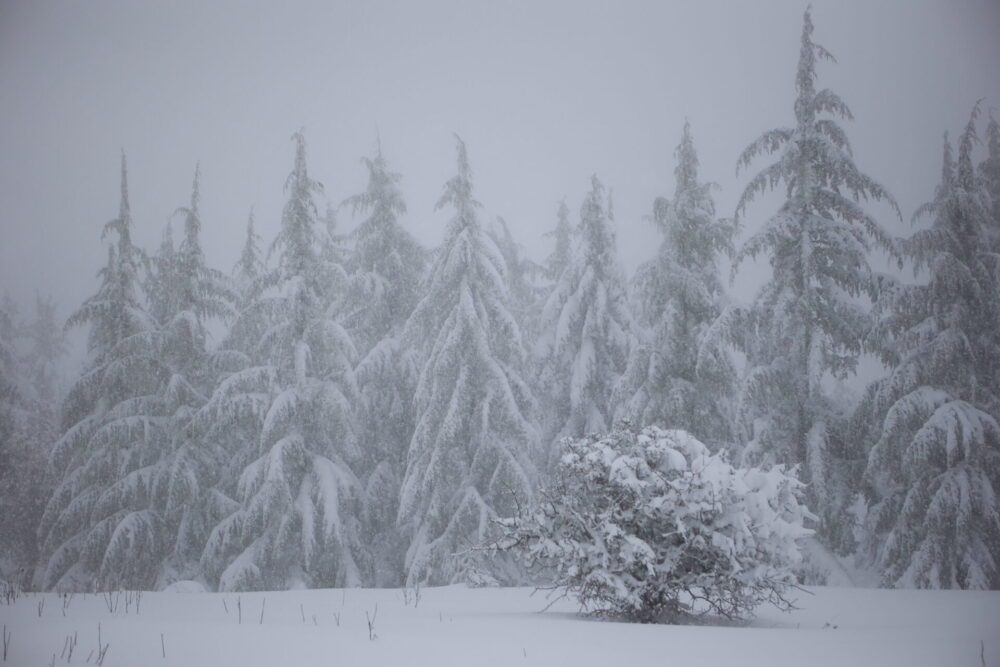 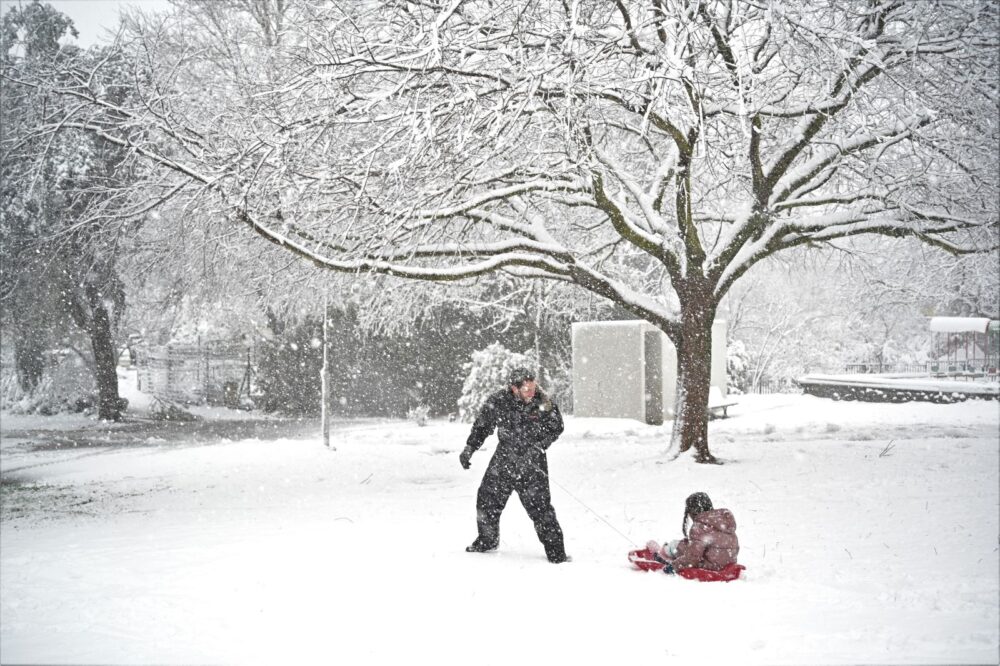 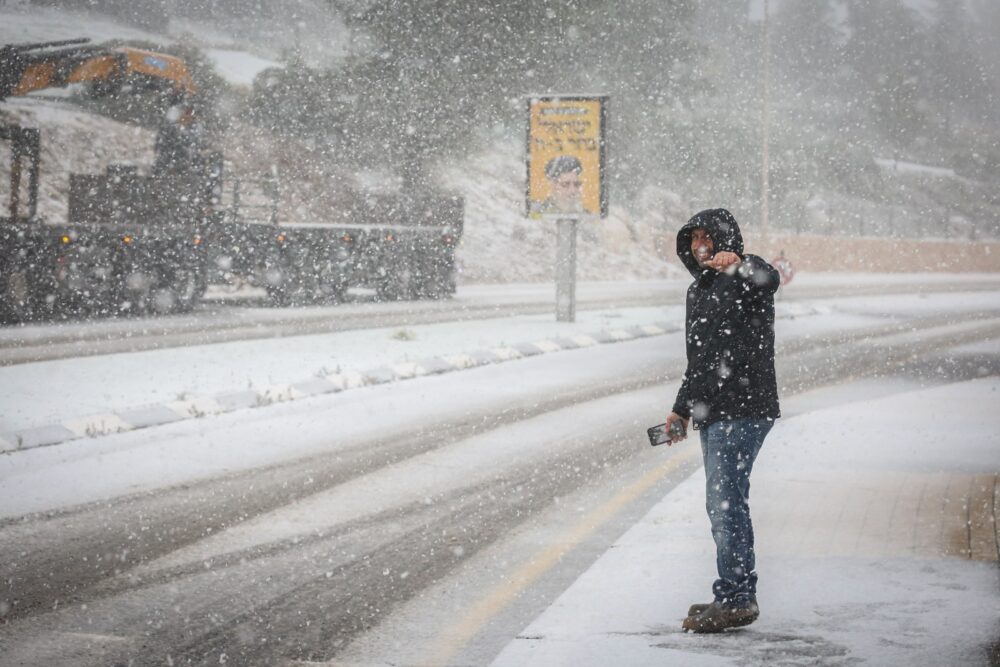 Hitching a ride in snowy Safed, February 17, 2021. Photo by David Cohen/Flash90
Give
Every
Month
Help ISRAEL21c uncover
the Israel we love