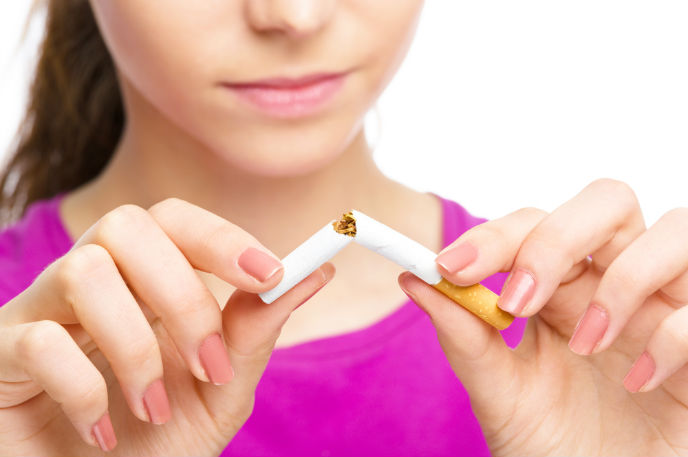 Having already proven the idea of sleep-learning  – exactly what it sounds like, learning new information while you sleep – Prof. Noam Sobel of the Weizmann Institute’s Neurobiology Department and his PhD student Anat Arzi report in the Journal of Neuroscience that certain kinds of olfactory conditioning applied during sleep could induce us to change our behavior, including cutting down on nicotine intake.

Arzi and Sobel had previously shown that associative conditioning – Pavlovian-type learning in which the brain is trained to associate one stimulus subconsciously with another – could occur during sleep if odors were used as the unconditioned stimulus.

The use of smell, says Arzi, is central: As opposed to other types of sensory stimulus, even very bad odors do not wake us.

So, they took it a step forward and called on volunteers who wanted to quit smoking but hadn’t started any sort of program.

In the current study, the researchers exposed 66 smokers to pairs of smells – cigarettes together with rotten eggs or fish – as the subjects slept, and then asked them to record how many cigarettes they smoked in the following week. The study shows a significant reduction in smoking following conditioning during sleep.

Cigarette smoking was chosen for the study because it is a behavior that can be quantified simply, and the target stimulus was another smell.

After filling out questionnaires about their smoking habit, those in the sleep group spent a night in the department’s sleep lab, in which their sleep patterns were closely monitored. At certain stages of sleep, they were exposed to paired smells – cigarettes and a foul odor – one right after the other, repeatedly throughout the night.

Although they did not remember smelling the odors the next morning, the subjects reported smoking less over the course of the next week.

The scientists noted that the group with the best results – smoking an average of 30 percent fewer cigarettes – was comprised of those who had been exposed to the smells during stage 2, non-REM sleep.

This supported the group’s earlier findings suggesting that we mostly forget what happens in our dreams, but conditioning that makes its way into our subconscious during the “memory-consolidation” stage may stick.

Sobel and Arzi now say that olfactory conditioning could be a promising direction for addiction research because the brain’s reward center, which is involved in such addictive behavior as smoking, is closely interconnected with the regions that process smell. Some of these regions not only remain active when we sleep, but the information they absorb may even be enhanced in slumber.

“We have not yet invented a way to quit smoking as you sleep. That will require a different kind of study altogether,” said Arzi. “What we have shown is that conditioning can take place during sleep, and this conditioning can lead to real behavioral changes. Our sense of smell may be an entryway to our sleeping brain that may, in the future, help us to change addictive or harmful behavior.”