Turning off the main water line is one of the must-do checklist items for anyone going away on holiday. A pinhole leak could result in thousands of dollars in damages if a pipe suddenly bursts before you return home.

But your water system is constantly under pressure. A leak behind the walls or under the floorboards could go undetected for years, causing costly damage, wasted water, fungus and mold. An estimated one in 10 US homes has leaky pipes — a problem that could be plugged by the Israeli company LeaksStop (www.LeaksStop.com). 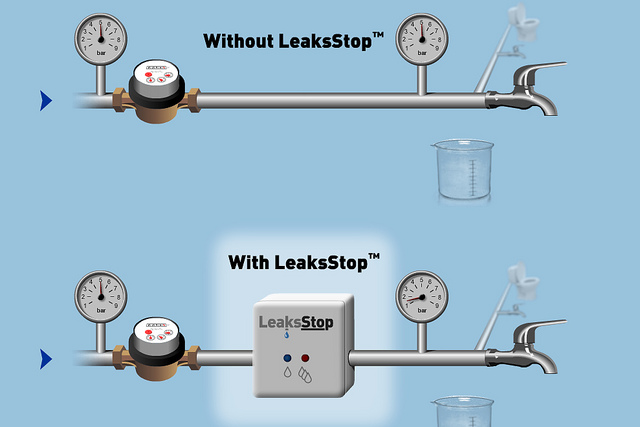 The unit drops the pressure on pipes when the taps are closed.

LeaksStop is attempting to put its finger in the dike, like a figurative Hans Brinker, with a new box solution fitted on the main water line. LeaksStop modulates your home’s water pressure when your taps are not in use.

No more post-holiday floods, even if out just for the weekend. Check.

No more high water bills because of leaky pipes. Check.

An early-warning system to avoid black mold and mildew. Check.

Inside the LeaksStop system are algorithms intended to modulate water pressure and detect leaks. You get an SMS alert should something look wrong.

“If there are small leaks in the system, the LeaksStop will reduce them by 90 percent,” says Gil Senesh, head of business development. And this isn’t complicated science: “Low pressure means lower flow.”

The home unit is expected to cost about $200, and the company is also delivering products for larger water systems – at the office, museum or hotel.

“Network pressure at your home is about five to seven atmospheres [the weight of 170 to 237 feet of water],” he says.

“When you think about how often you use your water in washing machines, toilets and showers, it’s about three hours altogether in a day. So 90 percent of the time you are not using the water and are putting pressure on your pipes. This is what we are doing — lowering the pressure during non-consumption hours. During consumption, the pressure is increased in the line.”

He notes that LeaksStop can also help avoid the formation of new leaks, because if there is less pressure on your pipes, there will be less wear and tear.

In case of catastrophe, such as a burst pipe, LeaksStop will shut down the system, potentially saving homeowners from irreparable harm and headaches.

Making a big deal out of little leaks 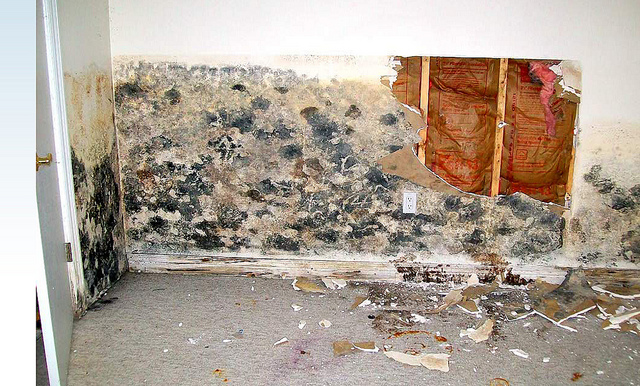 A chronic leak can cause this kind of damage.

According to the United States Environment Protection Agency, even those little leaks at home are a big deal.

Leaks, they say, can account for 10,000 gallons of water wasted in the home every year, which is enough to fill a backyard swimming pool. Ten percent of all homes have leaks that waste 90 gallons of water a day. That amounts to 1 trillion gallons of wasted water per year in the United States, equivalent to the annual water use of Los Angeles, Chicago and Miami combined.

If LeaksStop gets off the ground, it could be a one-stop solution for the major problem.

LeaksStop is based in a northern town in Israel called Adi. The company was funded with financing from the Office of the Chief Scientist in Israel, a body that helps budding technologies like this one get on their feet.

The company employs four people and is currently running a pilot study in northern Israeli homes and offices. A strategic partner is actively being sought.

“We want to go to the next stage,” says Senesh.