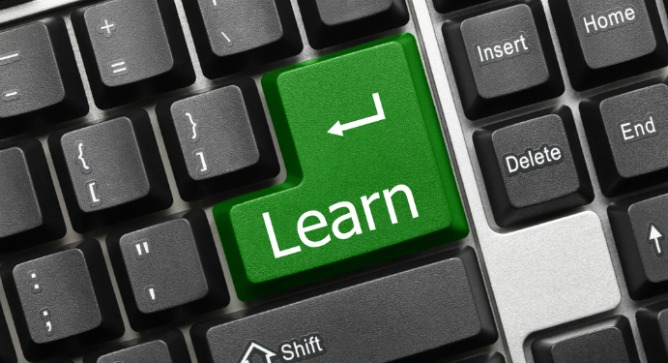 School may be out for kids across Israel’s south, but now they are getting a chance to keep studying thanks to technology from the World ORT organization. Photo by Shutterstock.

While images of rockets from Gaza being shot down by Israel’s Iron Dome missile interception system have dominated the news, a quieter success story is transforming the beleaguered southern part of the country.

School may be suspended during the height of the fighting, but learning continues for many students – even in bomb shelters – thanks to technology that has been tested and deployed in recent years by World ORT, the world’s largest Jewish vocational training organization.

In the past week, World ORT Representative in Israel Avi Ganon, who manages the organisation’s Kadima Mada Technology Excellence Program, and several of his most dedicated staff members, have been dodging missiles as they shuttle between World ORT’s after-school programs in southern Israeli communities like Kiryat Gat and hand out laptops for students to use at home and in bomb shelters.

This emergency program is co-funded with the Jewish Federations of North America. So far, Ganon and his team have distributed 88 laptop computers in Kiryat Gat, 24 in Sha’ar HaNegev and 30 in Beersheba so that kids can stay connected.

The laptops can be used for any purpose – they belong to the students themselves – although one suggested program stands out: a special adaptation of Kadima Mada’s innovative distance-learning system that has so far been used to enable sick pupils to “attend” school via laptop from their hospital beds.

As part of the emergency initiative, Kadima Mada is making available free “hours” of lessons on its platform to students in shelters, as well as additional hours to students already studying in the Soroka (Beersheba) and Barzilai (Ashkelon) hospitals under siege.

A total of 34 hospitals – including seven psychiatric units – are now covered by the program, which addresses Israeli law that requires children staying longer than 3 days in the hospital attend some sort of “school,” virtual or otherwise.

The need for the emergency expansion is clear. According to World ORT’s statistics, 10 of the organization’s schools, serving thousands of students in cities including Ashkelon, Ashdod and Gan Yavneh, have been closed due to the hostilities, as has been its “YOUniversity” Center of Excellence in Kiryat Gat. The latter is a World ORT-backed after-school education enrichment program that teaches science and technology to teenagers in five Israeli development towns: Safed, Nazareth, Dimona and Nahariya, in addition to Kyriat Gat.

Since students currently can’t get to the center’s Kyriat Gat location, this week the professor who teaches YOUniversity’s Applied Physics course brought the class to them, enthralling 20 teens in a local bomb shelter. Another YOUniversity plan will tomorrow bring a bus of students from Kyriat Gat to the center’s Nahariya campus for a day of R&R – enjoying the beach, going horseback riding, relaxing at the country club – as well as the usual high-level science activities.

Kadima Mada has partnered with the Israeli Ministry of Education and the Ministry for the Development of the Negev and Galilee on an ambitious program to create 1,000 “smart classrooms.”

The Schulich Canada Smart Classroom project is outfitting schools with interactive whiteboards, in-class voting “wands” and tablet computers for teachers to monitor their students’ progress in real time. Several hundred classrooms are already up and running. The project, which began in 2007, is due to be completed in 2013 at a cost of nearly $30 million.

World ORT is active in 100 countries and has benefited more than three million people – Jews and non-Jews – since its founding in 1880. Its initiatives annually reach some 200,000 people, both young and old, Jewish and non-Jewish, through a network of schools, colleges, training centers and programs in Israel, Russia, Argentina and many other nations.

Click here for details Increasing affinity, understanding and joy for Israel through education Click here for details
Bring Israel's story to life.
Millions of people around the world rely on us to gain a deeper understanding of Israel. We are the trusted source for original content you won't find anywhere else.
You can make a difference. Donate today to support journalism that brings Israel’s story alive.
SUPPORT ISRAEL21c
Read more on:   Gaza, Technology, Negev, Education, Innovation, Back to school, Gaza conflict