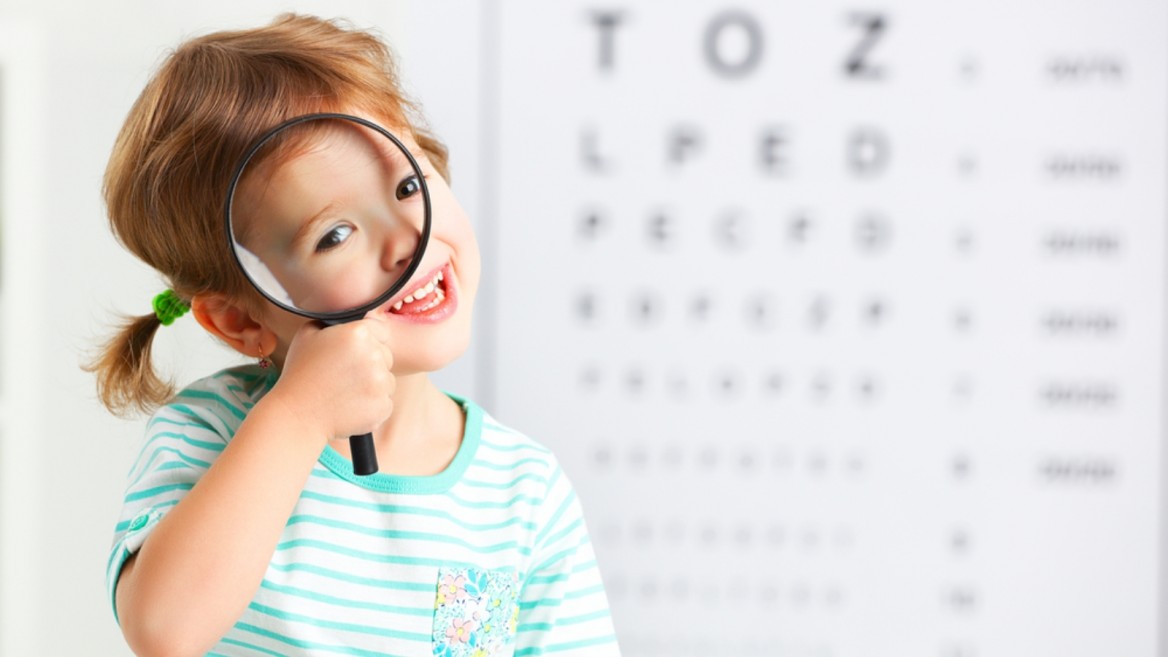 BinoVision is a new treatment for amblyopia. Image by Evgeny Atamanenko/Shutterstock.com

Amblyopia (“lazy eye”), a disorder affecting three to five percent of the general population, usually is treated by patching the stronger eye or blurring its vision with atropine drops, in order to force the brain to use images from the weaker eye.

Yet only 60% achieve normal vision, and 35% of those who improve eventually regress. Moreover, compliance is only around 50% since nobody – and especially children – enjoys using eyepatches or eye drops.

The Israeli company Medisim is working to commercialize a new approach, BinoVision video goggles, based on research showing that the brain can be stimulated to improve visual function. The sophisticated device presents separate and independent views of the same image to each eye.

BinoVision streams a different presentation of the same image to each eye simultaneously. Photo: courtesy

The high-tech goggles connect to any streaming video source, such as cable modem, laptop, game console or even smartphone, turning any content – movies, cartoons, games, music videos, TV shows – into a fun mode of therapy.

“Through the goggles, the image is clear or even enhanced in the amblyopic eye, while in the fellow [normal] eye the contrast and brightness is less than in the weaker eye,” explains BinoVision medical adviser Dr. Chaim Stolovitch, chief of the Pediatric Ophthalmology & Strabismus Unit at Tel Aviv Medical Center and its Dana Children’s Hospital. 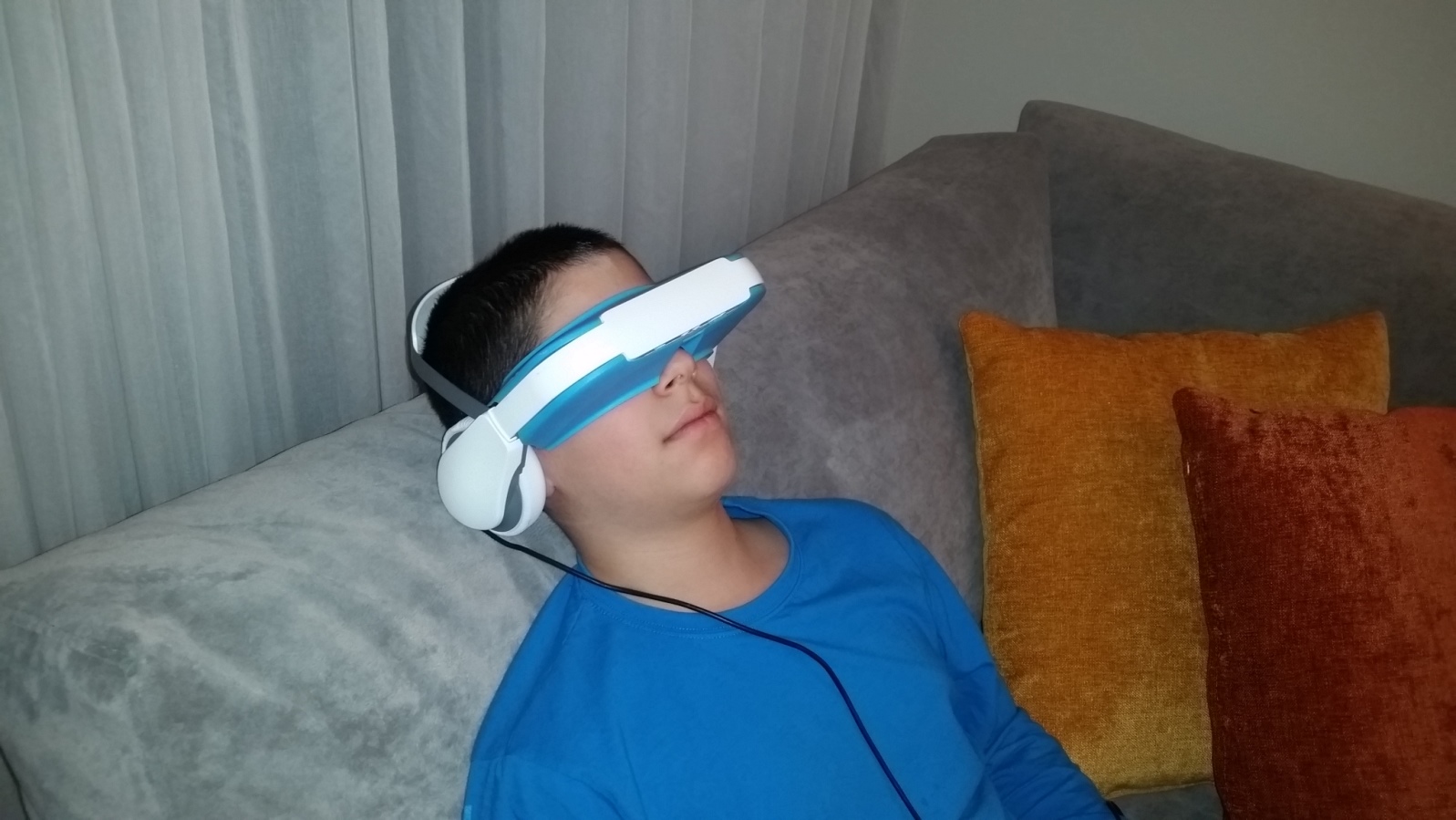 One of the Tel Aviv study participants using BinoVision. Photo courtesy of Medisim

BinoVision is actually fun, he says, so compliance was high among the four- to eight-year-olds participating in clinical trials at Tel Aviv Medical Center. The device has a logging feature enabling the physician to track compliance.

More than a quarter of the children even used the goggles for longer periods than required because they didn’t want to stop watching.

One hour a day

Last May, Stolovitch presented results of the controlled clinical study to doctors at the Association for Research in Vision and Ophthalmology conference in Seattle. The paper is soon to be published.

“We asked the children to use the BinoVision goggles 60 minutes a day – which could be split into two sessions of 30 minutes each — six days a week for three months. We evaluated their visual acuity every four weeks and asked the patients to come back for follow-up later to see if the improvement stayed,” Stolovich tells ISRAEL21c.

After 16 patients concluded the 12-week retreatment regimen, Stolovich’s team saw that improvement peaked at eight weeks and there was little if any change from eight to 12 weeks, so they tested three more patients for eight weeks only. A dozen patients returning after 36 weeks showed marginal and statistically insignificant regression.

Results in the entire group were better and faster than with patching or eye drops, Stolovich says. Patching for mild amblyopia is recommended for two hours per day, and up to six hours a day if it doesn’t improve. 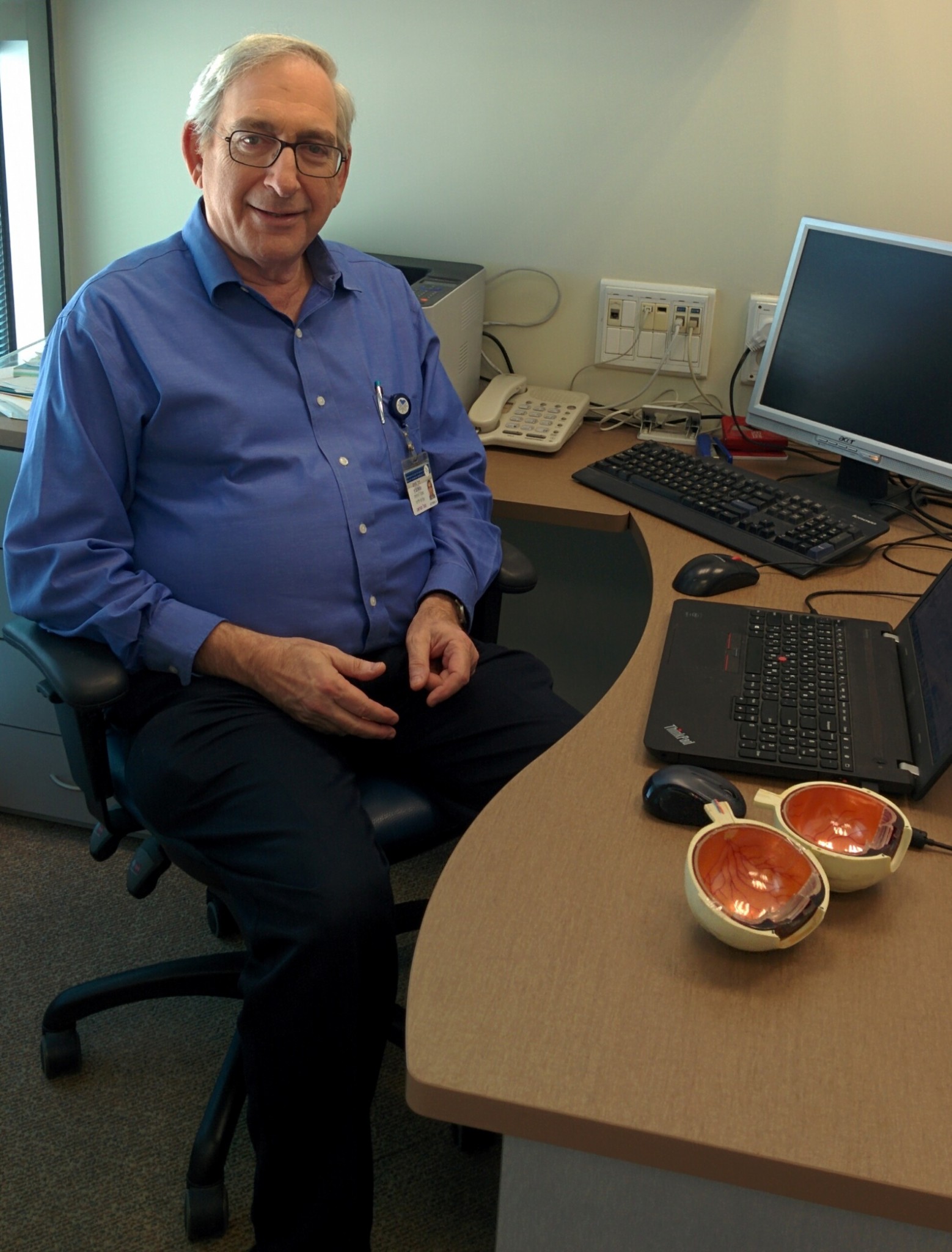 “BinoVison is a very effective treatment that is passive, never boring, and requires no patching or game-playing skills,” says Stolovitch. “Improvement is fast with no adverse effects and has excellent compliance.”

Medisim VP Product Development Ilan Vadai tells ISRAEL21c that Medisim has recently applied for approval by the US Food and Drug Administration for BinoVision.

“Later this year we plan to ramp up to a bigger-scale study,” says Vadai, and a trial involving amblyopic adults also is planned.

Founded in 1995 and headquartered in Neve Ilan with subsidiaries in the United States and Hong Kong, Medisim develops, manufactures and markets medical devices for home and professional use with registered worldwide patents.

“I think BinoVision is the most advanced, promising treatment option for lazy eye,” says Stolovitch. “Nobody else has presented this kind of unit for home use.”

He hopes that in the future the same technology can be adapted to even younger children. In Israel, parents are encouraged to take babies to a pediatric ophthalmologist at six to eight months to check risk factors for amblyopia because early intervention can prevent lazy eye from developing. Once the condition develops, treatment usually begins at age four.