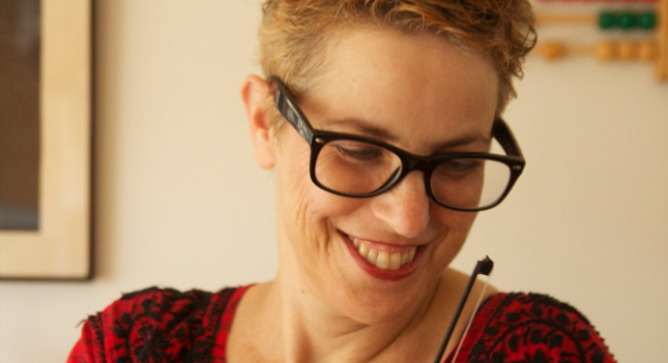 Five young dancers in striped pajamas entice viewers into the controversial cocoon of a kibbutz “children’s house” in Neta Pulvermacher’s Five Beds/Children of the Dream.

The award-winning choreographer – a 1985 graduate of New York’s prestigious Juilliard School and artistic director of the Neta Dance Company – says Five Beds is one of her best-known performance pieces and exemplifies the influence of her childhood on Kibbutz Lehavot Habashan in the Hula Valley.

After many years on the New York stage, Pulvermacher is returning to Israel as dean of dance of the Jerusalem Academy of Music and Dance. She has grand plans for the small but venerable institution, which this year will begin offering Israel’s first master’s degree program in dance.

“My motto is ‘Think globally and dance locally.’ I’m wildly committed to that concept,” she tells ISRAEL21c.

At 53, she felt the time was right to take on a new challenge in her homeland.

“My son just finished college and I got tenured at the University of Florida last year,” she says during a break in the university’s summer Swamp Dance Fest, which she founded and directs.

“My dad is 93 and still on the kibbutz, and I’m kind of feeling if there is ever the right time to go back home, it’s now. And this is the right kind of position. There is a part of me that wants the deep connection to my native language, land and people.”

The job will allow Pulvermacher to pursue her many interests under one roof: teaching, dancing, creating, mentoring, “re-envisioning what dance could be or could mean in the 21st century, a way to engage with the world.”

Teacher turned her on to dance

The kibbutz atmosphere of simplicity, equality and personal freedom was an ideal breeding ground for Pulvermacher’s talents in theater, imagination, music, science and math. 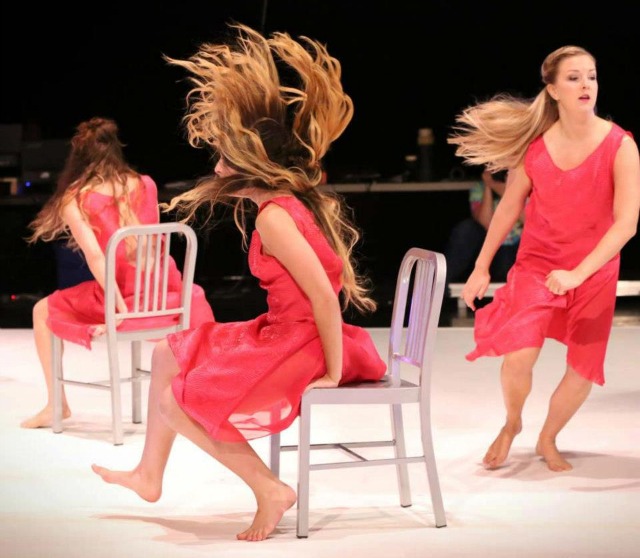 “We made culture out of nothing,” she recalls. “We would create from our own experiences. The use of every person’s creative talents is something that we grew up with. Imagining a reality or an organization or a project and then figuring out how to make it happen was very much part of our education and our lives,” she says.

“Dance came into my life at 13 in Tel Hai, the dance school that I went to once a week and where I met my favorite teacher in the whole world, Ariela Peled.”

Pulvermacher recalls waiting all week for Peled’s class. “That was the one afternoon where something else ruled — beauty and music and feelings, a freedom to express in a different way. I was infected by this bug of creating something remarkable in every one of her classes.”

Peled, now 80, was also a major influence on Yair Vardi, founding director of Tel Aviv’s acclaimed Suzanne Dellal Center for Dance. The studio in which she taught them has been preserved in the Tel Hai Museum.

“Dance is part of the world and is a way to be in the world, and that was first introduced by her,” says Pulvermacher. “I could probably have done a lot of other things but there was no question, from age 15, that this is what I wanted to do.”

Five Beds/Children of the Dream from Neta Pulvermacher on Vimeo.

She has collaborated with musicians and composers including fellow Israelis Miri Ben-Ari and David Broza, and founded the A.W.A.R.D. Show! (Artists With Audiences Responding To Dance), a national series taking place in Chicago, Seattle, New York and Philadelphia.

Pulvermacher has choreographed for Ballet Arizona, Ballet New England, Vertigo Dance Company, the Alvin Ailey School, the American Dance Festival and numerous university dance programs. Her company has appeared at the Israel Festival and many other international arts festivals.

She brings to the Jerusalem Academy her experience teaching at the University of Florida, Manhattanville College, Princeton University, Barnard College and the Frank Sinatra High School for the Arts.

Pulvermacher’s leadership style is influenced by the kibbutz value that every act requires collaboration of elements and people.

“There is a sense of humanity to the way I approach everything I do, looking at my students and my dancers as equals. Even though I’m in a position of authority, I look at it as a responsibility and not an entitlement,” she says.

Pulvermacher is intent on expanding the Jerusalem conservatory’s role in the Israeli and global dance scenes, pledging to make it a “vibrant meeting space.”

The dance department now has about 120 students, who may study classical ballet, modern dance, improvisation, and movement and movement notation, a field that was pioneered at the academy. It also has its own dance ensemble. Pulvermacher hopes to expand enrollment “together with the faculty and by listening to the needs of the dance community,” says.

“I hope it becomes an inquiry space for exploration, study and research, not just for Israel but worldwide. Jerusalem has that potential because it’s Jerusalem.”

UNCOVER ISRAEL - Get the ISRAEL21c
Weekly Edition free by email
Sign Up Now!
Bring Israel's story to life.
Millions of people around the world rely on us to gain a deeper understanding of Israel. We are the trusted source for original content you won't find anywhere else.
You can make a difference. Donate today to support journalism that brings Israel’s story alive.
SUPPORT ISRAEL21c
Read more on:   People, Neta Pulvermacher, Kibbutz Lehavot Habashan, Jerusalem Academy of Music and Dance, Dance in Israel