Israeli American actress, producer and Israel activist Noa Tishby will join ISRAEL21c for a webinar on April 28 about her new book, ISRAEL: A Simple Guide to The Most Misunderstood Country on Earth, released April 6 by Simon & Schuster.

Her book boils down thousands of years of history and dozens of competing narratives into a concise, personal — and even funny — tale of a nation where waves of immigrants from everywhere but Antarctica converged on a small piece of land and argued simultaneously in Hebrew, Arabic, Yiddish, Ladino, English, French, German, Russian and scores of other tongues about coming home.

Like ISRAEL21c,Tishby’s book highlights the triumphs and successes of Israel to present a reliable image of Israel to those around the world.

Please register for the event and join us at 10am PST/1pm EST/8pm IST for what promises to be an informative and entertaining discussion hosted by Tishby’s longtime friend and acquaintance, ISRAEL21c board member Jonathan Baruch, founding partner of Rain Management Group/StoryBy Entertainment in Santa Monica, California.

Through bite-sized chunks of history and personal stories, Tishby chronicles her homeland’s evolution from biblical times to today, tackling popular misconceptions with an abundance of facts to provide critical context around headline-generating controversies. 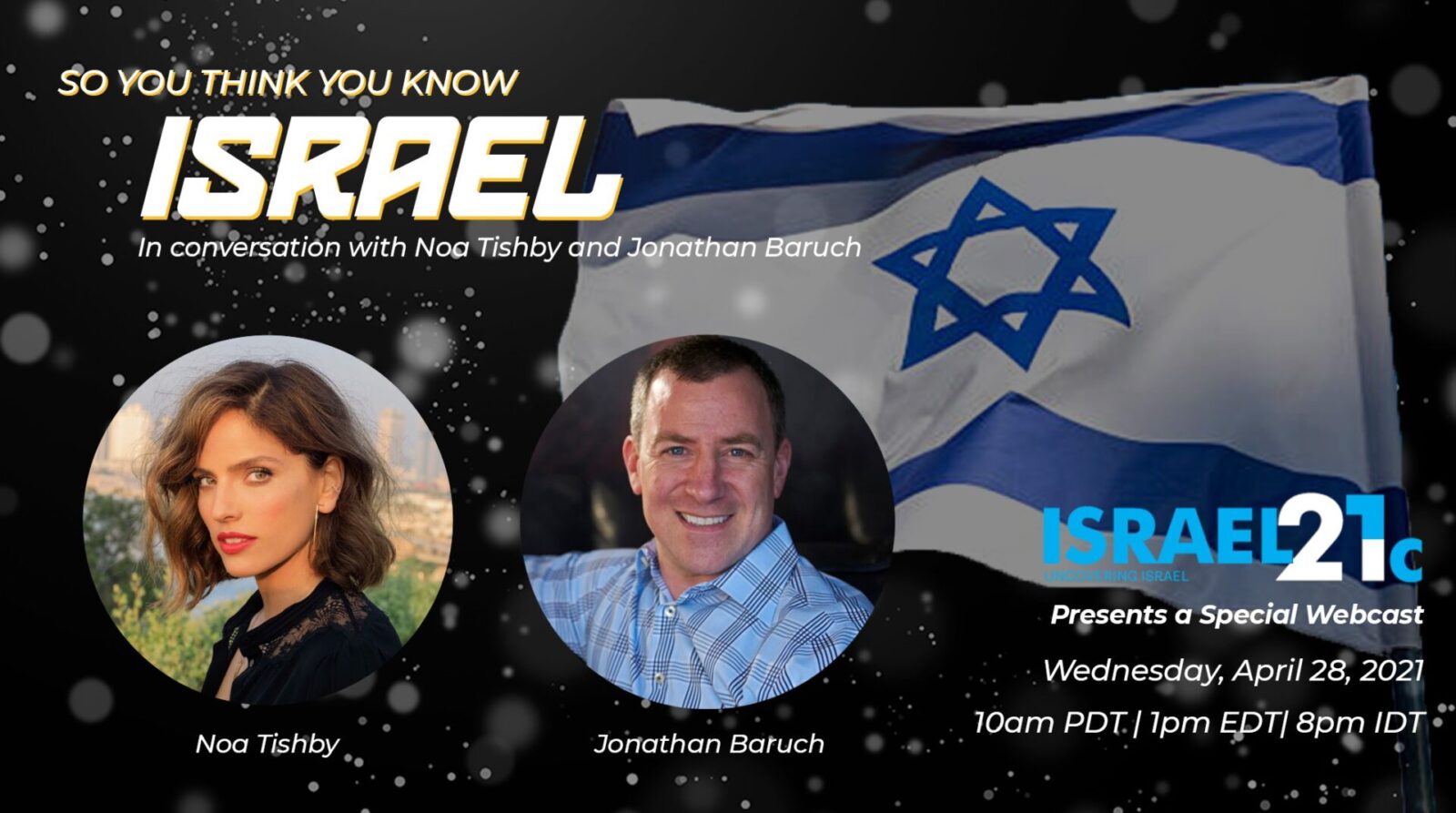 Baruch says that Tishby will “discuss everything you might not know, what you ought to know, and how to pull the rug out from underneath a dozen misconceptions about the tiny nation that dominates the news.”

Born in Tel Aviv and residing in Los Angeles, Tishby may be best known for arranging the sale of Israeli TV series “BeTipul” (“In Treatment”) to HBO and co-producing the award-winning US version of the show, which premiered in 2008.

This sale kicked off a still strong trend of Israeli TV formats becoming major hits in the United States and other countries.