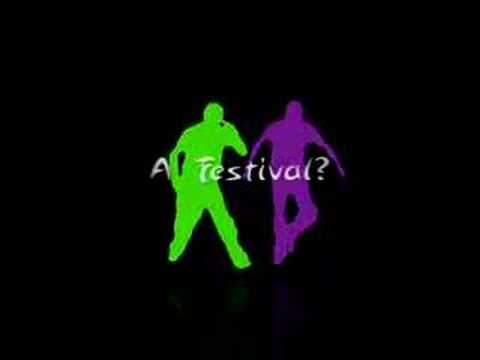 Music will be a major part of the 3-day Gilboa Arab-Jewish “Peace-tival” with legendary rocker Joe Cocker concert kicking off the opening event.Music is an equalizer, a universal language used the world over to create peace and understanding. Organizers of Israel’s first Gilboa Festival are hoping to use music and much more to celebrate the message of coexistence and the multi-ethnic spirit of Israel’s northern Gilboa region, home to rich artistic traditions.

The three day event running August 26-28 will include performances and activities put on by both Arab and Jewish Israeli citizens, and will be headlined by none other than legendary UK rocker Joe Cocker, whose famous rendition of “A Little Help From My Friends” at Woodstock spoke for an entire generation of peace-loving American hippies in the 60s.

Music will be a major part of the festival, with the Cocker concert kicking off the opening evening at Kibbutz Ein Harod. Local headliners of the 2-day event will include top Israeli Jewish and Arab musicians such as David Broza, Mira Awad, Hadag Nahash, Amir Lev, Georgi Simon and Saalem Darwish.

Producing the music festivities and the Joe Cocker show is Jerusalem-based 2bVibes Productions. They plan to fill the 6,000-seat Charod Springs Amphitheatre on the opening night. Carmi Wurtman, 2BVibes CEO, tells ISRAEL21c that social events which promote dialogue and peace between people are part of his company’s agenda.

2BVibes, an event producer, also conceived the One Shekel Festival in Israel, which offers a day of entertainment for about 25 cents: “I believe culture is a great way to tear down societal borders,” says Wurtman who was born in Philadelphia. “Peace is definitely on my agenda. There is no better way of doing it through music. Hopefully a cry will be sent out from the Gilboa that there are places in Israel that do have a normative life.”

Wurtman does hope to turn the event into an annual happening. Though he can’t speak for Joe Cocker, Wurtman says, “I think it means something to him.”

Israeli Jewish and Arab songstresses such as Sarit Hadad, Zehava Ben, Lubna Salame and Riham Hamadi will pay tribute to Arab women singers Fairuz, Umm Kulthum and Leila Morad: “I look forward to standing in front of a Jewish and Arab audience and singing the songs of the legendary vocalists I grew up on,” said Hadad. “I have no doubt that all those who attend will be in for a one-of-a-kind performance. These songs speak to everyone.”

Other events will include the Taibe ethnic bazaar, puppet shows, dance performances; a Koran and Torah quiz show, sunrise and sunset performances, bike tours, and to top it off, a Mount Gilboa Jeep tour — for women only.

Passing through mixed Jewish and Arab cities in the North, the Queen of the Gilboa Jeep Challenge intends to spread the message that regional coexistence can be improved through relationships between women.

Women who don’t own a Jeep can rent one through the organizers who have planned a 2-day route through places of historical and geographical significance. The Gilboa region in Israel’s north starts at a ridge above the Jezreel Valley and extends to the Samarian highlands of the West Bank and the Beit She’an valley. The Battle of Gilboa is referenced in the Bible.

Survivor-style, the different teams will get to compete in challenging missions, which includes navigation exercises. The women will also be eating and sleeping together and are scheduled to arrive at their destination on time for the festivals’ opening ceremony.

Said Daniel Atar, who heads the Gilboa Regional Council: “The Jeep Challenge is one of many activities part of the Gilboa Coexistence Festival, all in order to make it possible for the most amount of people – Jewish and Arab, young and old – to meet each other and to further advance coexistence.”