Tasking themselves with the lofty idea of making peace through drama, Jerusalem’s Y Theater attempts to embrace Jerusalem’s beauty and conflicts to enable a public discourse that is self-critical.

Y Theater’s latest production is called “Take Away.” Developed by an Israeli and Palestinian over two years of workshops with Israelis, Arab and Jewish, Palestinians and foreign theater types, the play evolved into a metaphor for the city of Jerusalem, which is built on a hill.

They were influenced by Israel’s alte zachan, men who collect old scraps and appliances to be sold at the market, and also the zaballeen, Cairo’s Christian garbage collectors. Sifting through Israeli garbage dumps has also been a mainstay for Palestinian kids in recent years.

“We look at the material as valuable insofar as it will help us achieve our goal. When something is no longer purposeful we discard it. This is true of people and of stuff. In this piece we explore how we can understand what is going on [in Jerusalem, Israel, the Middle East] and somehow deal with the consequences,” co-director Bonna Devora Haberman tells ISRAEL21c.

In the play (co-directed by a die-hard Israeli Zionist and a passionate Palestinian nationalist) Jerusalem’s holiest place to Jews and Muslims –– the Temple Mount –– is a trash mountain where scavengers poke around for their daily keep.

These “refugees” from smaller conflicts find refuge together as they eat, sleep, shower, garden and work together in their own little “dump,” which to them has become a sacred hill.

This small ecosystem works well until a Big Developer comes to profit from a large wall to be built, dividing the trash mountain, and the people’s allegiances to one another. There is an obvious inference here to the separation barrier, which Israel has constructed to stop the flow of infiltrators from the West Bank.

Two Israeli Jews, one Palestinian and one Druze woman act out various characters in the play, in Hebrew and Arabic, to evoke questions about the Middle East reality.

Haberman and co-director Kadar Herini hope that the audience will ask themselves self-reflective questions rather than laying blame on the other side.

Both Haberman, a philosopher and founder of Women of the Wall in Jerusalem, and Herini, who has sacrificed friendships and jobs for collaborating with an Israeli, are an example of Middle East peace in the flesh, despite the fact that they work very hard at getting along. 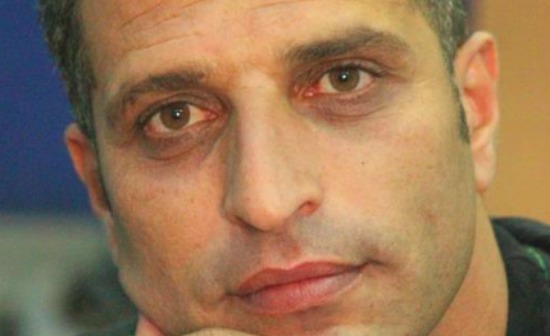 “Kadar believes that Islam is the ultimate development of religion, which encompasses whatever gifts and contributions that Judaism and Christianity made to humanity, and he sees no reason why we shouldn’t simply convert to Islam. I’m an observant Jew and I practice religiously. We’re both learning how to find shared space and sometimes it’s sheer agony,” Haberman has said.

Haberman was born in Canada and moved to Israel in 1986. She is 53 and the mother of five children. Herini, 37, was born in the Palestinian village of Hizma.

“I am a social entrepreneur with a strong background and commitment to theater as a rehearsal for a better world,” says Haberman.

She met Herini at a workshop in the Speaking Arts Festival, which pairs performance artists in music, movement and theater at the YMCA in Jerusalem.

“We met about five years ago and worked together for three days with other artists and performers and by the third year decided we should work together,” says Haberman. “We are now committed to persevering and creating art together to initiate Israelis and Palestinians into a better civil discourse.

“I think this is, in fact, the only collaboration between a Zionist [believer in Israel as a Jewish homeland] and an ardent Palestinian nationalist. My credentials as a Zionist are strong, and in spite of that, it is really hard and challenging. We are holding on with our fingernails and lose people all the time.”

“He is under threat and is jeopardizing himself in his own community, which has turned its back on him. … He’s isolated and even blacklisted by his peers,” she tells ISRAEL21c.

“Our performance is an opportunity to have revealed a segment of society involved in a long-term and deep process of change,” she concludes.

“Take Away” is a one hour and 10 minute play in Hebrew and Arabic. An English-speaking audience can enjoy it without translation, says Haberman, but an English synopsis can be provided for those who see the show, playing May 26 at Safta, Tel Aviv, at 8 pm; and May 29 at the Khan Theater in Jerusalem at 6 and 8:30.

UNCOVER ISRAEL - Get the ISRAEL21c
Weekly Edition free by email
Sign Up Now!
Bring Israel's story to life.
Millions of people around the world rely on us to gain a deeper understanding of Israel. We are the trusted source for original content you won't find anywhere else.
You can make a difference. Donate today to support journalism that brings Israel’s story alive.
SUPPORT ISRAEL21c
Read more on:   Take Away, Israeli-Palestinian, Social Action