The Jerusalem Forest is one of the capital city’s most famous urban wildlife sites. Located in the Judean hills to the west of Jerusalem, this pine forest was planted around the city during the 1950s by the Jewish National Fund. At its largest, it extended over 4 square kilometers.

Today, due to urbanization it covers only about 1.2 sq kilometers and — although plagued by frequent forest fires — still functions as a wildlife refuge for migratory birds, porcupines, hedgehogs and packs of jackals. 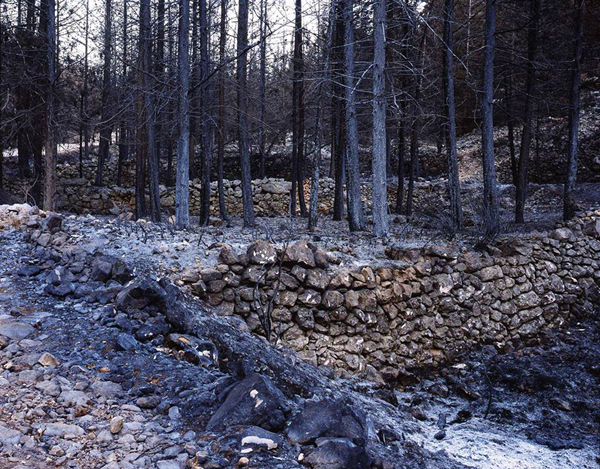 Photographer Yaakov Israel, who is one of the last field camera operators in Israel, set out to capture the forest in a series of large format landscapes in an exhibit that opened this week as part of Jerusalem’s annual contemporary art festival Manofim. 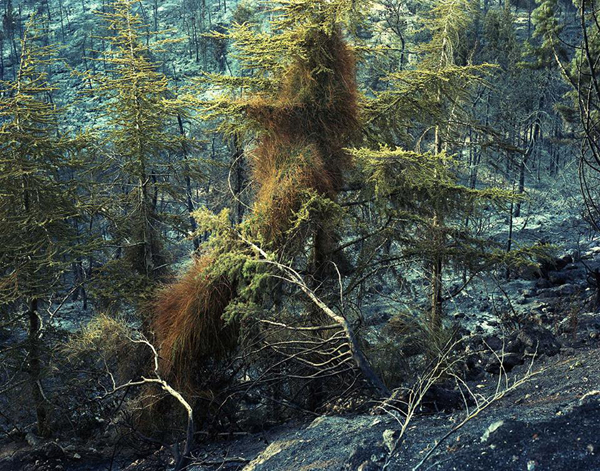 Curator Amir Balaban states that, “The large prints unveil the story of this aging forest planted around the city after the War of Independence. Israel captures the layers and undercurrents that were exposed after the recent snowstorm and the frequent forest fires, unearthing the secrets of the Jerusalem Forest.” 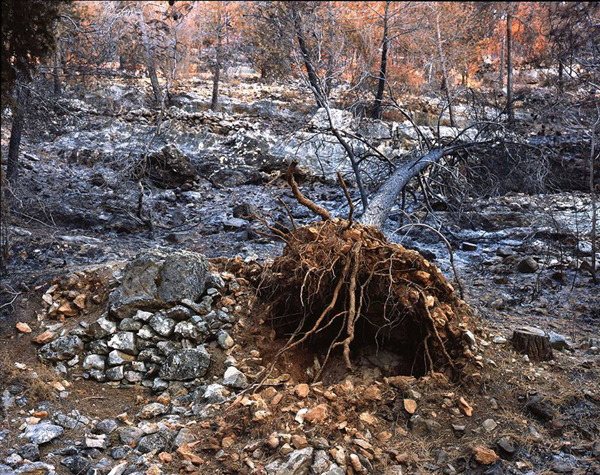 Within his frame are rocky terrain, farming terraces, and the trees and bushes that have survived centuries of grazing, rain, snow and fire… 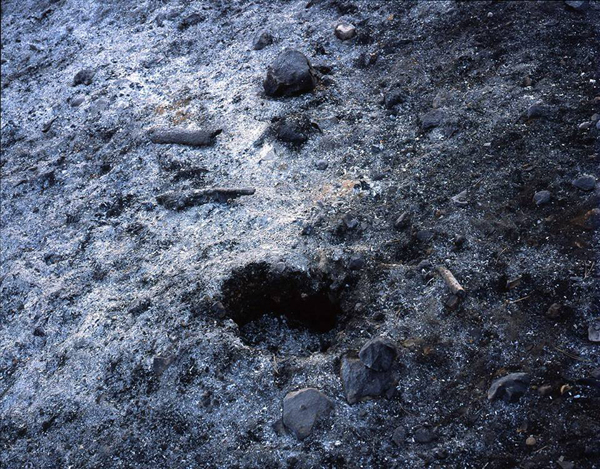 ‏The Jerusalem Forest exhibition is on display until January 15, 2015 at the Gail Rubin Wildlife Art Gallery at the Jerusalem Bird Observatory, one of a very few birdwatching sites located inside the city.

The Wildlife Art Gallery at the Jerusalem Bird Observatory is operated by the Society for the Protection of Nature in Israel (SPNI). It is named for a outstanding nature photographer Gail Rubin who in 1978 was murdered by terrorists.