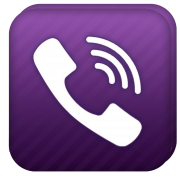 Controlled by billionaire Hiroshi Mikitani, Rakuten is the largest e-commerce platform in Japan and the sixth largest in the world – offering services from financing to shopping to online video.

Numerous reports of an imminent sale surfaced in the last few weeks, but Israeli entrepreneur Talmon Marco tried to quash all speculations about the imminent sale of his company.

“This acquisition… will take Rakuten to a different level,” said Mikitani, who is also the company’s chief executive. “Developing this messaging system on our own would have been impossible.”

Viber is one of many messaging apps available and competes with the likes of WeChat, WhatsApp, Skype and Line.

A statement from Mikitani praised Viber as “the most consistently high quality and convenient messaging and VoIP experience available.”

“Simply put, Viber understands how people actually want to engage and have built the only service that truly delivers on all fronts,” Mikitani said. “This makes Viber the ideal total consumer engagement platform for Rakuten as we seek to bring our deep understanding of the consumer to vast new audiences through our dynamic ecosystem of Internet Services.”

“This combination presents an amazing opportunity for Viber to enhance our rapid user growth in both existing and new markets,” Marco said in a statement. “Sharing similar aspirations with Rakuten, our vision is to be the world’s No.1 communications platform and our combination with Rakuten is an important step in that direction.”