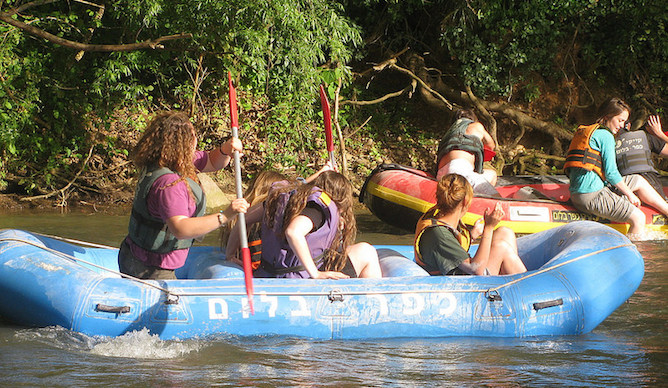 Getting stuck in brambles is part of the fun. Photo courtesy of Kfar Blum. 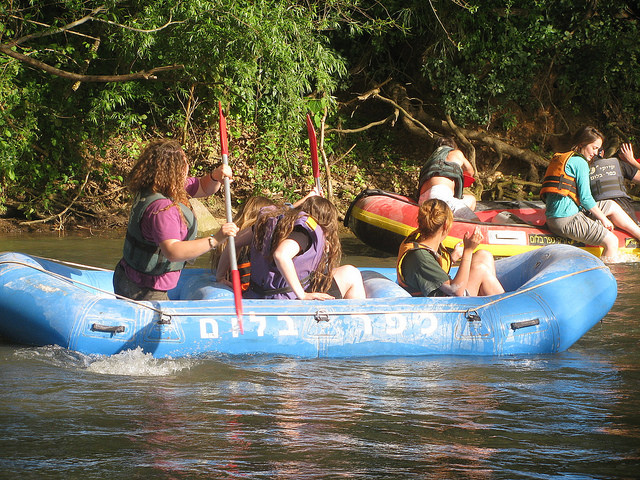 Getting stuck in brambles is part of the fun. Photo courtesy of Kfar Blum.

On a scale of one to 10, my kids gave our recent kayaking excursion in the Upper Galilee an 11.

This year’s kayaking season opened early. And we were super excited to set out on our long talked-about first family kayaking adventure.

We went with Kfar Blum Kayaks  — the first to introduce the sport to the country’s northern rivers in 1986. They normally offer two routes – a fast-flowing long route of two and a half hours and a family-oriented, 75-minute river adventure over four kilometers.

Because of this past winter’s dismal rainfall, only one route is currently open — the standard family-oriented one. (The other route might open as summer nears.)

The kids eagerly woke up extra early and we arrived as soon as the center opened at 10:30am, but although we were raring to go, we and six other groups had to wait for the water to rise enough for the kayaks to pass downriver without getting stuck.

Fortunately, the kids were excited about everything – the minivan ride from Kfar Blum to the launch point at Beit Hillel; getting life-jackets; practicing twirling the paddles at the water’s edge; and of course, getting into the kayak. 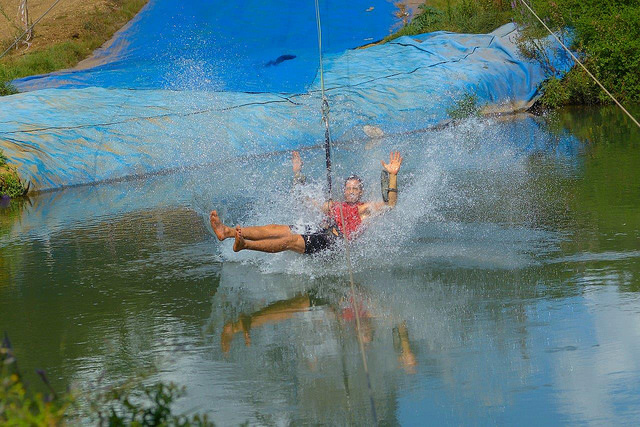 The entry point into the water kicks off with an exciting push down a ramp and a bump and splash. Although I spent my childhood summers on short canoe trips in Canada, my steering abilities were next to none, and we quickly got up-close views of riverside foliage.

Of course, getting stuck in brambles and low branches is part of the fun. When we finally fell in tune with our paddling, the kids wanted us to steer back into the plant life and hit rocks at the side like we did initially.

The kids also took turns at paddling – or, rather, at smacking the water with the paddle.

The family route follows the Hatzbani stream, merges with the Banias stream and flows into the Jordan River.

The water is chilly and refreshing. But don’t be fooled by the sun – hats, sunscreen and lots of drinking water are a must when setting out for this adventure ride.

The flow of the water was slow and we enjoyed looking out for birds, nests, dragon flies, fish and other small creatures.

As we paddled downstream, we passed numerous people fishing and camping along the water’s edge. Unfortunately, better environment education is needed in the area as we saw too many discarded water bottles and plastic plates bobbing in the water. 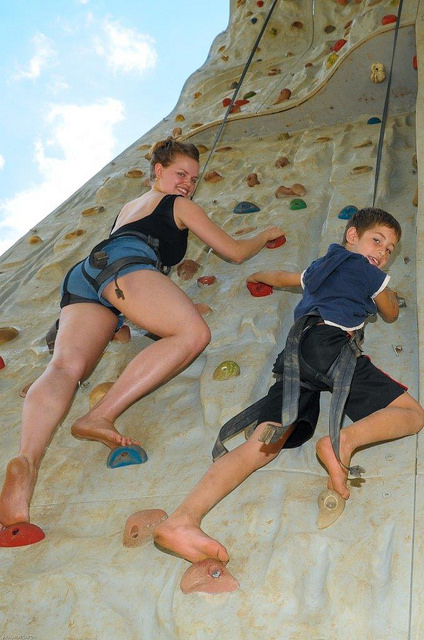 Still, kayaking in the Upper Galilee gives visitors a different view of the scenery and is definitely a recommended day out for the family.

Having personally set out on far more exciting rafting runs around the world, the Upper Galilee kayaking trip served up just the right amount of adrenaline for the kids. There was even a small waterfall to kayak down right before the end of the route.

When it was time to disembark, the kids asked to do it again!

What you need to know before you go: The kayaks hold up to six people; NIS 90 per person (discounts if you order online); riders must be age five and over; open 10:30-15:30. For more information, see www.kayaks.co.il.

Viva Sarah Press was a guest of Kfar Blum Kayaks.