It makes you think of the famous line from Samuel Taylor Coleridge’s The Rime of the Ancient Mariner, “Water, water everywhere, nor any drop to drink.” – Israel is bordered by the Red Sea and the Mediterranean Sea; is home to the freshwater Sea of Galilee and the saltiest sea on earth, the Dead Sea. Rivers and springs run through the country.

And yet, despite all this water, Israel has been battling a severe shortage of potable water since its inception in 1948. To survive, policy and government incentives have contributed to the creation of a new and flourishing industry of water technologies.

From drip irrigation, to water recycling, reclamation, wastewater reuse and desalination, Israel has become a pioneering force worldwide, nicknamed by some as the ‘Silicon Valley’ of water technologies. As more and more countries around the world face similar water shortages, Israel’s expertise and industry are growing fast.

While young companies like Aqwise, which treats wastewater, and Atlantium, which uses ultraviolet to clean water, enhance Israel’s impressive water reputation and are on investors’ hit lists, ISRAEL21c brings you a list of the companies that form the backbone of the country’s water industry – tried, tested and true, these companies are the source of the local water technology industry’s claim to fame and were responsible for a large chunk of the country’s $1.4 billion in exports in 2008.

Mekorot, Israel’s national water company, is responsible for today’s thriving water export market. It is wholly owned by the government and for the past 70 years has managed the country’s environmental and security challenges in the area of water.

When every drop counts, why not deliver water straight to the roots where the water is needed; nothing more and nothing less? Israeli company Netafim invented drip irrigation – possibly one of the most significant developments in agrotechnology today – when an engineer discovered that an abnormally large tree growing in the desert was fed by a drip in a water pipe.

The company is a global leader in drip irrigation, supplying both low and high tech solutions in developed and developing nations. The company is also looking to new sustainable solutions to help to grow biofuel crops more efficiently.

If you live in the US or Canada, there’s a good chance that your water meter was made by Arad Group. The kibbutz-owned company specializes in the design, development and manufacture of precision water meters for domestic use, waterworks, irrigation and water management companies around the world.

The company just purchased a Spanish water meter company for about $10 million, and it recently developed a new drone plane aims to pinpoint water leaks on the ground from up in the sky. 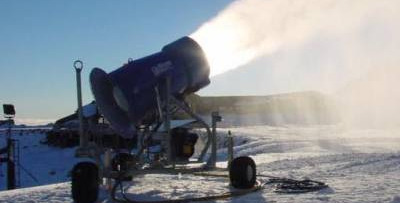 The industrial company has been in business since 1965 when it was founded by the government. Today it specializes in more than desalination, also working with wastewater treatment, heat pumps and in producing ice and snow machines. IDE is now privately owned by Israel Chemical and the Delek Group.

Israel’s largest firm of water engineering consultants, Tahal Consulting Engineers is ranked as the top of its kind in the world. In the business since 1961, Tahal runs projects with private and municipal clients both locally and abroad.

A company that specializes in drinking water filtration, Amiad Filtration Systems prides itself on using no chemicals and no polymers in an efficient process.

Founded in 1962, the company maintains a North American office in California and provides environmentally sound water filtration technologies on every continent from Antarctica to Australia. It also provides special solutions for offshore installations and the automotive industry.

Bermad specializes in pipes, valves and how to control them. Serving its customers globally, the company offers a number of solutions for the control and management of water supplies anywhere, based on its control-valve technology.

Working in high-rise buildings, water works plants in municipalities, at power stations and in the private sector, Bermad’s impressive range of activity includes drip irrigation technology, sprinklers, micro-jets and greenhouse irrigation, as well as tools for commercial and residential gardening irrigation needs. The company also applies itself to fire protection and water metering and was instrumental in creating snow for the 2006 Winter Olympics.

Efficient cleaning and filtering of water is the name of the game in water management and Arkal is fast becoming a world leader in the field, working with countries like Argentina, Turkey and Spain.

The company is active in plastics plants and in aquaculture and fisheries industries, and is providing sprinkler solutions to increase the effectiveness of irrigation.

GES designs water and wastewater plants and can also build and operate them in industrial areas, in cities and for agriculture.
GES was created by a merger of three veteran Israeli water companies: Italchem Ayalon, Aniam, and Chemitaas. The company acquired Texma, a firm specializing in industrial adhesives, lubricants and chemicals for treating metals and Argad, a wastewater treatment company.

The super-company GES offers a full repertoire of water solutions for chemical companies, factories and municipalities and specializes in the food, beverage and hospitality industries.

While it has yet to prove itself, Miya is an ambitious business venture founded by Israeli billionaire Shari Arison.

The $100 million initiative, which was set up in 2006, aims to tackle the problem of urban water loss around the world. Miya is acquiring a base of companies and consultants to offer turnkey solutions, services and consulting to manage and fix leaky pipes and save billions of dollars annually.