The 12-foot-high, eight-foot-wide cake that literally took the cake at the ritzy Plaza Hotel centennial bash a few years ago was styled by Israeli pastry chef Ron Ben-Israel – also known as the “Sweet Genius” of Food Network fame.

And two Israeli-born chefs have been recognized by the James Beard Foundation awards, the Oscars of the restaurant world, in the past two years.

It was only to be expected that as Israeli cuisine has entered the world-class category, cooks from Israel would begin to spice up the restaurant and bakery scene elsewhere. One of Yotam Ottolenghi’s London locations.

This 44-year-old native Jerusalemite first got tongues wagging for the fare at his chain of London delis. Working with Sami Tamimi, an Arab chef also born in Jerusalem, Ottolenghi introduced British palates to his proprietary fusion of eclectic culinary traditions with a decided Mediterranean twist.

The Jewish-Arab pair has since published two internationally bestselling cookbooks, Ottolenghi: The Cookbook (2008), and Jerusalem: A Cookbook (2012). In between, Ottolenghi put out a solo vegetarian coffee-table cookbook, Plenty — which won a Galaxy National Book Award — and writes a popular weekend food column for the Guardian. 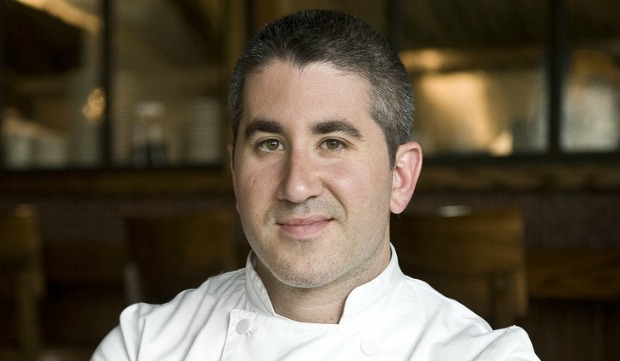 The owner and executive chef at Philadelphia’s Zahav restaurant won a regional James Beard Award in 2011. Born in 1978 in Israel and raised mainly in the United States, Solomonov began Zahav in 2008 as a living memorial to his brother, an Israeli soldier who fell in combat in 2003.

His idea was to introduce Philadelphia diners to Israeli foods, such as hummus, made with imported Israeli ingredients. Today the menu is more varied, with original dishes that take off on Israeli preparations. For example, he told ISRAEL21c, “We crust beef cheeks with Ethiopian spice mix, braise them in Turkish coffee and then, when they’re cool, cut them into cubes and put them on a skewer and grill them. It’s what I’d call atypical Israeli cuisine.” Ben-Israel on the set of Sweet Genius. Photo courtesy of the Food Network

World-renowned cake stylist and “Sweet Genius” emcee Ron Ben-Israel comes back to Tel Aviv at least once a year to load up on his sister’s cooking. The 55-year-old baker and proprietor of the award-winning Ron Ben-Israel Cakes in Manhattan’s SoHo neighborhood told ISRAEL21c that he also enjoys the ability to walk the streets of his native city without getting bombarded by fans the way he does in New York.

He was not trained as a baker, but rather as a dancer. His first foray to North America was with the Bat Dor dance troupe 20 years ago, and he discovered a passion for making pies as a way to earn some extra cash.

Martha Stewart discovered him in 1996, and he opened his shop in 1999. “Dancers have to rehearse every day until it becomes perfect,” he told ISRAEL21c. “This type of discipline helped me become a good baker, because bakers need to be very accurate and need to practice.” Among his non-Israeli specialties that New Yorkers will undoubtedly learn to love are Danish rye bread and smorrebrod, a Danish open-faced sandwich. Turns out that Scheft was raised in a Danish-speaking household in Israel. This father of two teens also creates Eastpak Artist Studio Bags with his mother, to benefit Designers against AIDS. 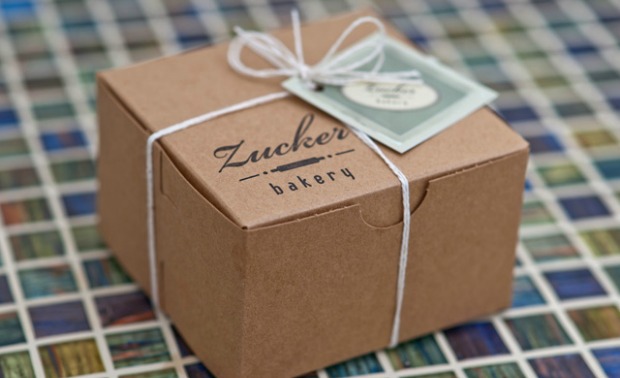 Trained in New York, she had previously worked under several renowned Manhattan chefs. Zohar specializes in sweet treats such as alfajores (vanilla and lemon sandwich cookie sandwiches filled with caramel, and rolled in coconut), date-clove rugelach, honey-almond fingers, chocolate balls, fruit-and-nut loaf and sticky buns – along with other dessert items she learned to make in the kibbutz kitchen of her Moroccan-Israeli grandmother. Israel-born Alon Shaya was nominated as 2012’s best Southern US chef by the James Beard Foundation for his expertise as executive chef at the Italian restaurant Domenica in New Orleans. Born in Bat Yam in 1979 and raised in Philadelphia, Shaya was also nominated as Food & Wine’s Best New Chef in his region, recognized as a “Chef to Watch” by Esquire magazine and named one of StarChefs.com’s 2012 Rising Stars.

His culinary approach is to add (mostly) subtle Israeli touches to the Domenica menu. However, he did introduce shakshuka, a spicy poached-egg-and-tomato Israeli dish, and it’s become a favorite of patrons. He also instituted a kosher-style Passover seder dinner at Domenica that attracts hundreds of diners for matzo ball soup, slow-roasted duck, pomegranate-roasted lamb shank and matzo baked in the restaurant’s wood-burning pizza oven. Heading back across the pond, Honey & Co. co-owners Itamar Srulovich and Sarit Packer are reaping stellar reviews for the cuisine featured in their 25-seat restaurant in London. The married couple honed their skills in London establishments including Ottolenghi’s, and opened Honey & Co. less than a year ago.

This is a full-service café featuring dishes as varied as stuffed grapevine leaves, breads and jams, but Srulovich tells ISRAEL21c that the desserts “are the thing we are most proud of. Our cakes are sensational. My wife is a pastry genius — one of the best pastry chefs in the world.”

They source raw ingredients in many Mediterranean countries, including Israel. Their home territory inspired much of the Honey & Co. menu. “It’s the food that we grew up on and wanted to eat — what we miss.”