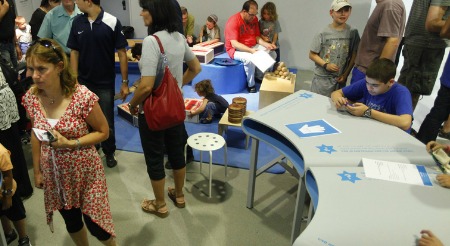 “Inventors for a Day” tap into their creative side at the Inventions, Inc. exhibition at Jerusalem’s Bloomfield Science Museum. Photo: courtesy

One of Israel’s sources of pride is the enormous number of inventions and innovations that have taken root on its soil over 63 years — despite challenges of geography, size and diplomacy. The ever-churning Israeli mind has brought us drip irrigation, the cherry tomato, the electric car grid, the Disk-on-Key and much more.

Through December 2011 at the Bloomfield Science Museum in Jerusalem, 45 indispensable Israeli inventions are being displayed and demonstrated. Curator Varda Gur Ben-Sheetrit tells ISRAEL21c that hundreds of ingenious inventions were considered for Inventions, Inc., which offers visitors a chance to learn more and try their own hand at coming up with something new.

She emphasizes that many other Israeli inventions are deserving of being included. “We were, of course, constrained by space limitations, and also not every company we invited to exhibit responded,” she says.

Another feature of the exhibition is the Transparent Studio, where graduates of the Bezalel Academy of Arts and Design conduct a course on innovation in the area of light and lighting design. Visitors can observe their work-in-progress and share their ideas and suggestions with the designers.

1. Given Imaging, a world leader in developing and marketing patient-friendly solutions for visualizing and detecting disorders of the GI tract, is best known for its PillCam (aka capsule endoscopy), now the gold standard for intestinal visualization. 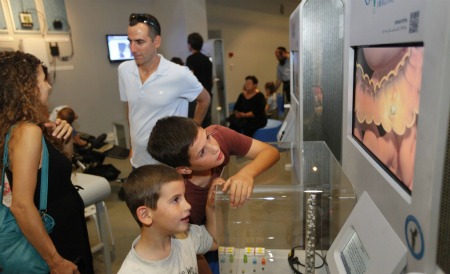 Visitors watch how the PillCam shows doctors what’s going on in the gut. Photo courtesy of Bloomfield Science Museum

2. Netafim is a worldwide pioneer in smart drip and micro-irrigation, starting from the idea of Israeli engineer Simcha Blass for releasing water in controlled, slow drips to provide precise crop irrigation. The kibbutz-owned company operates in 112 countries with 13 factories throughout the world. 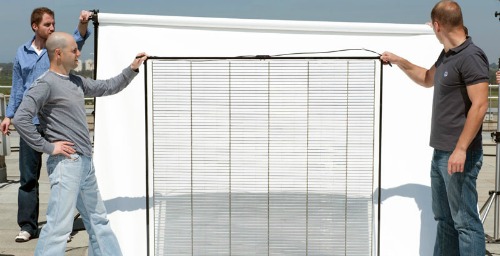 5. Hazera Genetics, a project of two professors at the Hebrew University Faculty of Agriculture, yielded the cherry tomato — a tasty salad fixing that ripens slowly and doesn’t rot in shipment.

6. BabySense is a non-touch, no-radiation device designed to prevent crib death. Made by HiSense, the device monitors a baby’s breathing and movements through the mattress during sleep. An auditory and visual alarm is activated if breathing ceases for more than 20 seconds or if breath rate slows to less than 10 breaths per minute.

9. MobileEye combines a tiny digital camera with sophisticated algorithms to help drivers navigate more safely. The steering system-linked device sounds an alert when a driver is about to change lanes inadvertently, warns of an impending forward collision and detects pedestrians. MobileEye has deals with GM, BMW and Volvo, among others. 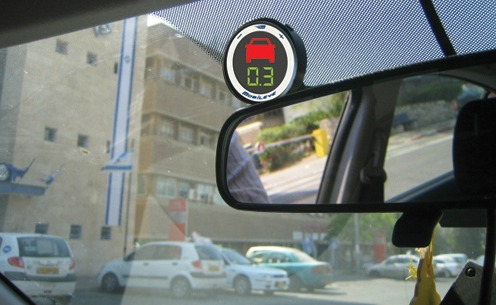 11. Rav Bariach introduced the steel security door that has become Israel’s standard. Its geometric lock, whose cylinders extend from different points into the doorframe, is incorporated into doors selling on five continents. 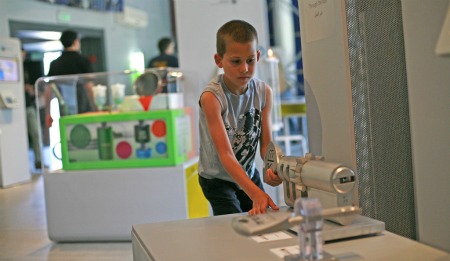 Turn the key at the Rav Bariach display and you’ll see how secure cylinders come out of the door at various intervals. Photo courtesy of Bloomfield Science Museum

13. GridON makes the Keeper, a three-phase fault current limiter developed at Bar-Ilan University. The device, which blocks current surges and limits the current for as long as required to clear the fault, won an Innovation Award from General Electric’s Ecomagination Challenge and is of interest to major utilities companies around the world. 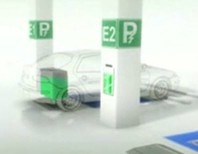 15. Intel Israel changed the face of the computing world with the 8088 processor (the “brain” of the first PC), MMX and Centrino mobile technology. Israeli engineers at Intel in the 1990s had to convince skeptical bosses to take a chance on MMX technology, an innovation designed to improve computer processing. It’s now considered a milestone in the company’s history.

16. Disk-on-Key, the ubiquitous little portable storage device made by SanDisk, was invented by Dov Moran as an upgraded version of disk and diskette technology through the use of flash memory and USB interface for connection to personal computers. 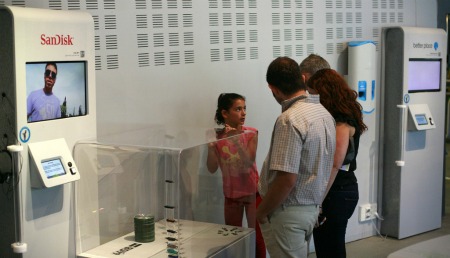 The SanDisk display shows how one tiny device can hold as much data as a stack of floppy disks. Photo courtesy of Bloomfield Science Museum

17. TACount real-time microbiology enables the detection and counting of harmful microorganisms in a matter of minutes, rather than the conventional method of cell culture that takes several hours to a few days. The technology applies to the fields of drinking and wastewater, pharmaceuticals and food and beverage production.

18. Solaris Synergy innovated an environmentally friendly and economically beneficial way to float solar panels on water instead of taking up valuable land, generating energy while protecting and limiting evaporation from reservoir surfaces.

19. HydroSpin is developing a unique internal pipe generator that supplies electricity for water monitoring and control systems in remote areas and sites without accessibility to electricity.

20. The Volcani Research Center of the Ministry of Agriculture and Rural Development aims to improve existing agricultural production systems and to introduce new products, processes and equipment. Basic and applied research is conducted at six institutes and in two regional research centers by more than 200 scientists and 300 engineers and technicians.

26. Itamar Medical’s WatchPAT is an FDA-approved portable diagnostic device for the follow-up treatment of sleep apnea in the patient’s own bedroom, rather than at a sleep disorders clinic. 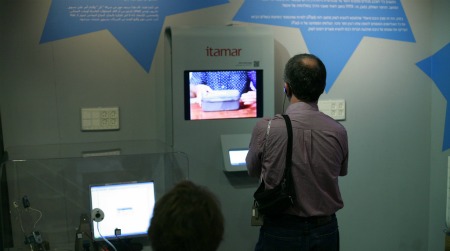 30. Turbulence, the world’s first hyper-narrative, interactive movie, is also the name of the company developed by Prof. Nitzan Ben-Shaul of Tel Aviv University. The technology allows the viewer to choose the direction of the film’s plot by pressing buttons on the PC, Mac or iPad at various moments in the action. 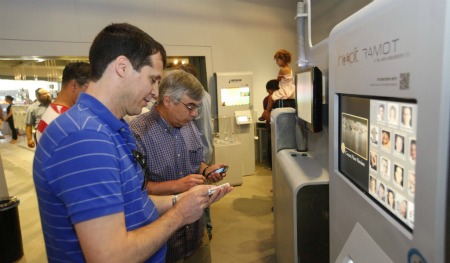 32. NDS VideoGuard technology is the pay-TV industry’s advanced suite of conditional access (CA) solutions. It protects branded service from piracy and ensures that consumers will have the choice and flexibility they demand in broadcast and on-demand content. 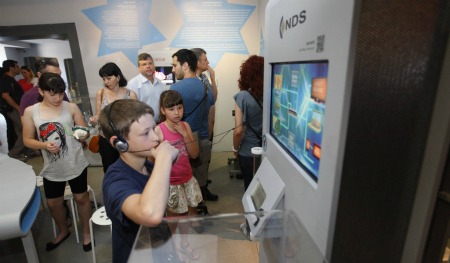 33. PrimeSense revolutionizes interaction with digital devices by allowing them to “see” in three dimensions and transfer control from remote controls and joysticks to hands and body. It is the leading business provider of low-cost, high-performance 3D machine vision technologies for the consumer market. 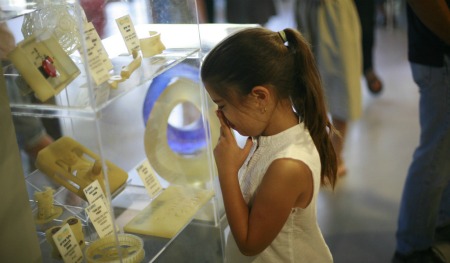 37. The Zomet Institute in Jerusalem is a non-profit, public research institute where rabbis, researchers and engineers devise practical solutions for modern life without violating Sabbath restrictions on the use of electricity. Zomet technology is behind metal detectors, security jeeps, elevators, electric wheelchairs and coffee machines that can be used on Shabbat, as well as solutions requested by the Israeli ministries of health and defense, Ben-Gurion Airport, Elite Foods, Tnuva Dairies, Israeli Channel 10 Television and others.

38. The EarlySense continuous monitoring solution allows hospital nurses to watch and record patients’ heart rate, respiration and movement remotely through a contact-free sensor under the mattress. The system’s built-in tools include a wide range of reports on the status of patients, including alerts for falls and bedsore prevention. 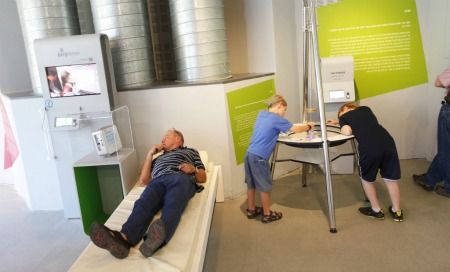 All you have to do is lie down to be monitored by EarlySense for temp, movement and breathing. Photo courtesy of Bloomfield Science Museum

40. The superconducting fault current limiter (FCL), designed for limiting short currents, comes out of a $2 million project developed over two years by RICOR Cryogenics and Vacuum Systems with the Institute of Superconductivity at Bar-Ilan University.

43. SolarEdge makes a module that optimizes every link in the solar PV chain, maximizing energy production while monitoring constantly to detect faults and prevent theft.

44. The 3D tethered particle motion system developed by three professors at Bar-Ilan allows for three-dimensional tracking of critical protein-DNA and protein-RNA cell interactions in the body.