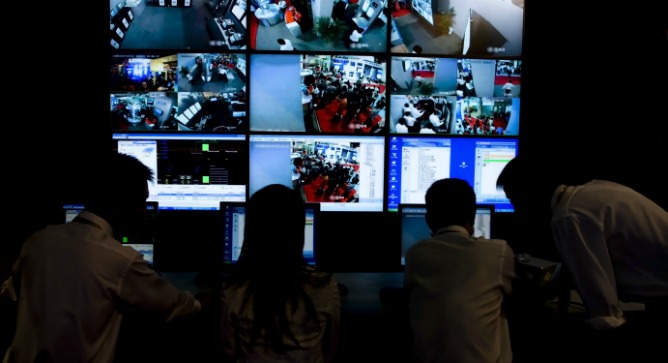 When two bombs went off at the finish line of the Boston Marathon on April 15, the police and security officials in charge of investigating the attack turned immediately to the many video security cameras posted in the area.

Combing such vast amounts of material would have taken months, or even years in the past, but with new video analytics technologies developed by Israel’s BriefCam, according to the publication IsraelDefense, it took authorities just a few days to identify and track Tamerlan and Dzhokhar Tsarneav, the two main suspects in the attack which killed three, and wounded 183. Within five days one of the terrorists was dead, the other arrested after a 22-hour manhunt.

It’s not the first time video analytics technologies have been used to solve a terror attack, or crime, and it certainly won’t be the last. When a bomb hit government buildings in Oslo in July 2011, and a mass shooting occurred on an island in Norway just a few hours later, police investigating the attacks used video analysis technology developed by Israeli company BriefCam to unravel what had occurred and identify the attacker.

Three years ago, ISRAEL21c featured a top 10 list of smart video analytics systems developed in Israel. In the intervening years, the field has developed and grown. Israel, with its years of experience fighting terror, has become one of the leading players in the field worldwide, providing some of the most advanced solutions to law enforcement officials on offer today.

In light of the pivotal role these new technologies are now playing in solving terror and crime, ISRAEL21c offers an updated list of 12 of the biggest Israeli video synopsis and analysis firms now operating around the world.

BriefCam’s patented Video Synopsis image-processing technology offers rapid video review that indexes back to the original footage in a single click. On average, one hour of video can be reduced to one minute of review time, with the ability to zero in on suspicious events.

BriefCam’s Video Synopsis technology can reduce one hour of video to a minute of review time.

The Israeli company, which recently completed a $6.5 million funding round led by Motorola, won the Best of Video Analytics Award at the New Product Showcase awards ceremony at Security Industry Association’s 2013 ISC West convention just a few days before the Boston attack.

A company spokeswoman told ISRAEL21c that BriefCam provides the engine for products currently being used by a US federal agency and by French and Taiwanese Safe Cities projects. She declined to comment on claims that BriefCam may have been used in the wake of the Boston bombings.

MATE’s package of video analytics products is aimed at compensating for the human tendency to lose vigilance over time. The video detection units pinpoint changes in surroundings and landscape, and alert security personnel to those changes.

Vigilant’s intelligent video management solutions – ranging from monitoring, recording, analysis, reporting and investigation suites, to high-end digital video recorders — have been installed in dozens of city centers and shopping malls in the US and the UK, where there are more video surveillance cameras per head than anywhere else in the world.

In March, Vigilant announced that the newest addition to its NetView video management series, which lets users view remotely any camera connected to the Vigilant recording platform over iPhone\iPad devices, is now available on the Apple store. NetView mobile is free at iTunes.

DVTEL, founded in 2000, has evolved from a single product manufacturer to a global provider of video surveillance products and solutions protecting premises, people and infrastructure. Last year, the Israeli company won the Security Industry Association’s Best New Product Award for TruWitness, a trademarked application that turns first responders into live camera operators with their smartphone. This app is a first in the security industry.

The company’s video surveillance, management and analytic solutions can be configured to cover everything from the camera to the control room, and can integrate third-party products such as access control systems, video analytics, license plate recognition programs and perimeter systems. 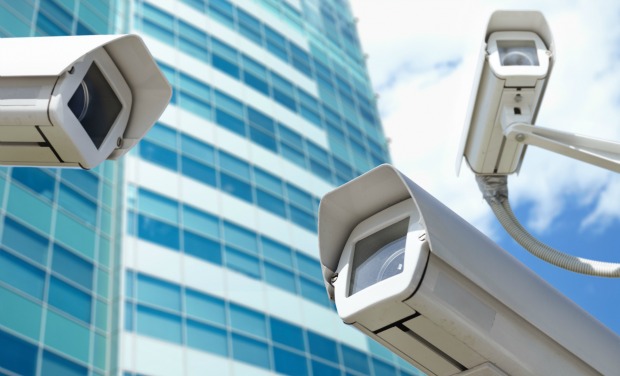 The US and UK have more video surveillance cameras per head than anywhere else in the world. Image via Shutterstock.

The company’s portfolio of technologies includes video solutions as well as perimeter intrusion detection systems and other products that have made it one of the largest outdoor, major-installation security companies in the world. Vulnerable and critical sites such as reservoirs are among its specialties.

The company’s technology allows for comparing video to a database of behavior patterns. When a suspicious pattern is detected — such as someone dropping a gym bag in the corner of a busy downtown intersection, or someone reaching behind an unattended jewelry counter in a department store — an alarm is sounded to alert security personnel.

In February, market research firm TechNavio identified Israel’s 10-year-old AgentVI as the only one of four key vendors in the global intelligent video analytics market that also offers open architecture products. This means AgentVI products can be integrated with multiple third-party cameras and video management systems.

Verint technologies assist more than 10,000 organizations in 150 countries in capturing, analyzing and acting on large volumes of rich, complex and often underused information sources — such as voice, video and unstructured text. This year, the 15-year-old company won a Global Excellence Award from Info Security Products Guide for its Nextiva Video Business Intelligence platform, which allows retailers to use video from existing surveillance cameras to gain insights about customer behavior patterns.

In April, Verint launched a forensic tool that gives public safety organizations a 360-degree view of captured data for expediting investigations, debriefings and training. The integrated audio and video intelligence solution leverages information from voice, video and other security systems.

Israel has experienced several attacks at the hands of scuba-diving terrorists, and takes seriously the risks that threaten underwater pipes and other infrastructure. Such real-life situations led to Sea-Eye’s advanced underwater video system incorporating cutting-edge technology in signal processing and video compression.

The system’s modem enables data transmission at unprecedented rates, and its proprietary algorithms overcome underwater signal transmission problems such as multi-path reflection and Doppler effects, allowing for quality streaming video alerting authorities to the dangers that may lurk below the surface of the water.

Camero’s Xaver systems use 3D image reconstruction algorithms together with patented signal processing techniques and a unique proprietary sensor design. All this translates to the ability to generate 3D images of objects concealed by solid barriers made of cement, plaster, bricks, concrete and wood.

One of Bynet’s areas of expertise is tracking suspects on the go, with high-resolution mobile video surveillance system capable of transmitting live, real-time video, data and voice communications via a single broadband connection over a fast, secure, private network. The system is managed from a remote control center, letting the driver focus on the chase.