In honor of International Women’s Day on March 8, ISRAEL21c salutes 10 of the top female executives in Israel, an impressively powerful group ranging in age from their 30s to 60s.

About 18 percent of all directors in Israeli public companies are female, and women account for about half of the top-tier managers in major firms such as Gazit-Globe, Ormat, Delek, Strauss Group and Electra. Many of them are in the financial sector — for example, Irit Isaacson, chairman of the board of Isracard, the largest credit card company in Israel; First International Bank of Israel CEO Smadar Barber-Zadik; and Etti Langerman, CEO of Discount Mortgage Bank.

Women now chair the board in 5% of Israeli companies, twice as many as in the United States. The American-born daughter of Carnival Cruise Lines founder Ted Arison is a familiar name on Forbes magazine’s annual lists of the world’s wealthiest women, most influential women and “greenest” billionaires— the latter in recognition of her environmentally conscious donations and business practices in Israel and abroad.

Arison, 54, sits at the helm of the Arison Group. This Israeli conglomerate includes the Miya urban water technology company as well as such major corporations as Bank Hapoalim, Israel’s largest bank; Shikun & Binui, one of the largest real estate and infrastructures companies in Israel; and Salt Industries, Israel’s largest salt manufacturer. At the end of 2011, her brother Micky sold her his shares of Bank Hapoalim, giving her full control of the company.

The Arison Group sponsors many philanthropic projects, such as Ruach Tova (Good Spirit), which encourages and facilitates volunteering in Israel. Arison, an active education advocate, is also the founder of Matan -Your Way to Give, an affiliate of United Way International, and the author of Birth: When the Spiritual and the Material Come Together. 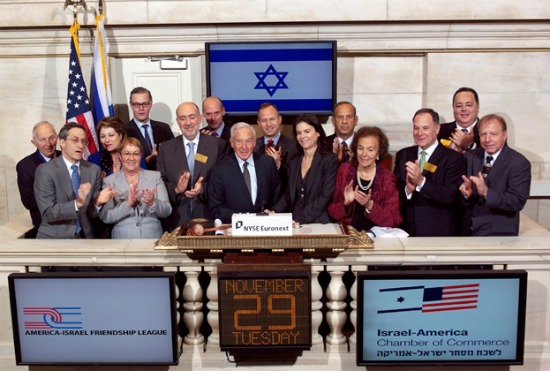 If Sabra brand hummus has become a staple in every American grocery, you can thank Strauss. The 51-year-old chairwoman of the Strauss Group, Israel’s second-largest food and beverage company, was ranked No. 42 on Fortune magazine’s 2005 list of the most powerful women in business.

The company was started by her father, Michael, and his sister, Raya, who still own the majority of the shares. Strauss earned a law degree from Tel Aviv University and worked for Estée Lauder before joining the family firm in 1989. As chairperson of the US-Israel Chamber of Commerce, she was invited to open the New York Stock Exchange on its fifth annual Israel Day, on November 29, 2011. Strauss is a key player in US-Israel economic ventures, and in charitable projects for the Jewish Agency, WIZO and other organizations. 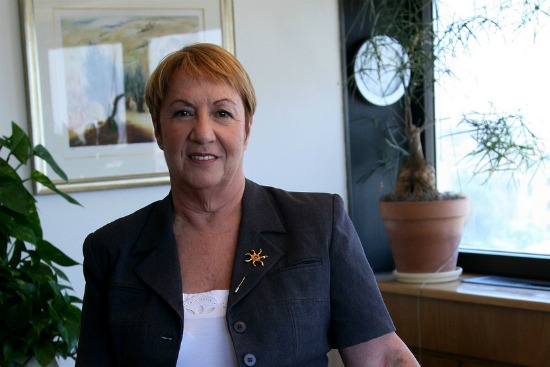 Born in 1946, Levanon joined the Tel Aviv Stock Exchange (TASE) as vice president for IT and operations in 1984. It was her task to transition Israel’s only public exchange to fully computerized trading. The Harvard Business School graduate brought to this position her experience building and running the in-house IT operation at Shabak, the Israel Security Agency.

Levanon served for a decade as deputy CEO and then moved into the top spot about five-and-a-half years ago. She’s been implementing a multifaceted plan to position TASE as an international hub for tech companies, while successfully steering the stock exchange through the rough waters of war and worldwide economic instability. 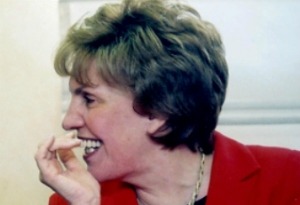 Bank Leumi’s CEO of the past 16 years, and one of the most prominent women on Israel’s economic scene, Maor announced at the end of 2011 that she intends to step down in the second quarter of 2012. But don’t expect her to fade from view.

Now 69, Maor started her career at the Bank of Israel in 1963 and moved to Leumi in 1991 after a brief stint as adviser to the World Bank, taking over as Leumi’s CEO four years later. She is frequently consulted by the Israeli government on matters of legislation, the structure of the capital market and the banking system. Maor chairs the Friends of Yeladim- Fair Chance for Children, a non-profit that aids children from abusive backgrounds living in 90 residential group homes around Israel. 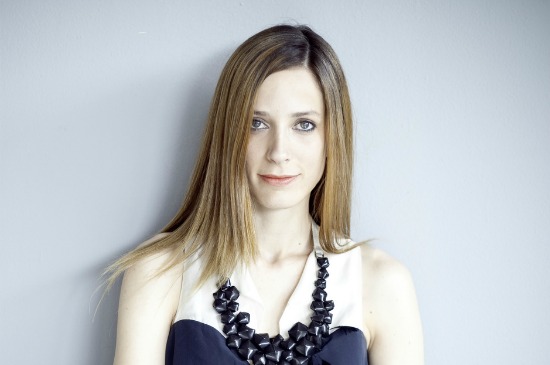 In June 2009, Molly Grad took over as Gottex swimwear company’s creative director from the legendary Gideon Oberson. Born in Israel, Grad made her mark in the fashion world in London, where she earned a master’s degree in women’s fashion. She worked with designer Stella McCartney for four years and also with top designers in Paris and Milan, picking up numerous awards along the way.

Now 34 and back home again, Grad is putting a fresh spin on Israel’s iconic swimwear brand, whose high-fashion, high-end products are sold in 30 countries and are often chosen to be featured in the pages of the annual Sports Illustrated Swimsuit Edition. Intel-Israel general manager since June 2007, Fassberg first joined the multinational corporation in 1983 as a lithography engineer after teaching chemistry and physics at a Jerusalem high school. From 2000 to 2004, she was manager of its Fab 18 computer chip factory in Kiryat Gat, which won the Intel Quality Award in 2004. She has also won two Intel Achievement Awards.

Intel is the largest Israeli exporter in the private economy. Under Fassberg’s management, its exports grew from $1.54 billion in 2007 to $2.7 billion in 2010. In 2009, Fassberg was inducted into the Women in Technology International (WITI) Hall of Fame. She oversees about 8,000 Intel employees in Israel. 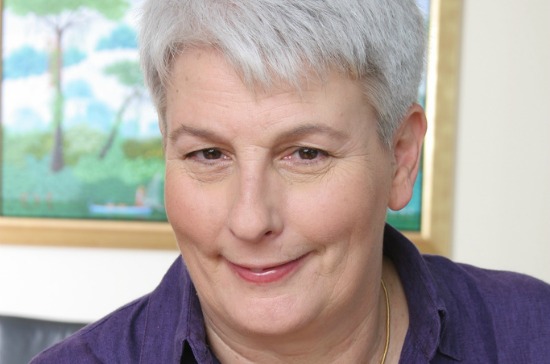 Berry, 62, has the distinction of having served as Israel’s first female chief scientist. In January 2011, she took over as vice president and manager of the Israeli Center of Excellence for US information technology corporation EMC.

Born in Jerusalem, Berry served as an officer in the Israel Defense Forces and has degrees in math, statistics and computer science. She was a founding partner of Ornett Data Communications, chairwoman of the Association of Israeli Venture Capital Funds and a venture capital fund partner at Gemini. Berry has also held positions related to consulting and management of scientific research at Fibronix, IBM, Intel and UNISYS.

Bronicki, 69, has been general manager of Ormat Technologies, a world leader in the geothermal power plant sector, since July 1, 2004. She was a co-founder of the company’s forerunner, Ormat Turbines. Though her BA from the Hebrew University is in social sciences, she’s worked in the power industry since 1965.

From 1992 to June 2005, Bronicki was a director of Bet Shemesh Engines, a manufacturer of jet engines. Until May 2005, she was on the board of OPTI Canada, a company engaged in the oil sands industry in Canada, and since 2000 she has been a member of the Board of Orbotech, a manufacturer of equipment for inspecting and imaging circuit boards and display panels. She also was on the advisory board of the Bank of Israel for seven years. A physician specializing in genetic disease research among the Negev Arab-Bedouin population, Carmi has been president of Ben-Gurion University of the Negev (BGU) since May 2006. She is the first woman to attain the highest position at an Israeli university.

Carmi worked her way up the ranks, first serving as director of the Genetics Institute at Soroka University Medical Center in Beersheva. She earned full professorship in 1995, and five years later was elected dean of the Faculty of Health Sciences — also the first woman to hold this position in Israel. And in August 2010, Carmi also became the first woman to serve as the chairperson of the Committee of University Heads in Israel. Benvenisti-Luria is managing director of Tigbur (Reinforcement), a personnel-recruitment firm founded by her mother in 1978 and now one of the 100 largest Israeli companies, with 33 branches across the country and three branches in Turkey.

Benvenisti-Luria, who was a meteorologist for the Israel Air Force, is active on the Israel-Turkey Council and in organizations such as the Tel Aviv-Jaffa Organization for the Promotion of Education, the Israel Juvenile Diabetes Association, Schneider Children’s Hospital and Small Heroes for special needs children. She is on the senior management forum of the Israeli Institute of Management.

UNCOVER ISRAEL - Get the ISRAEL21c
Weekly Edition free by email
Sign Up Now!
Bring Israel's story to life.
Millions of people around the world rely on us to gain a deeper understanding of Israel. We are the trusted source for original content you won't find anywhere else.
You can make a difference. Donate today to support journalism that brings Israel’s story alive.
SUPPORT ISRAEL21c
Read more on:   tech, Strauss, Social Action, Business