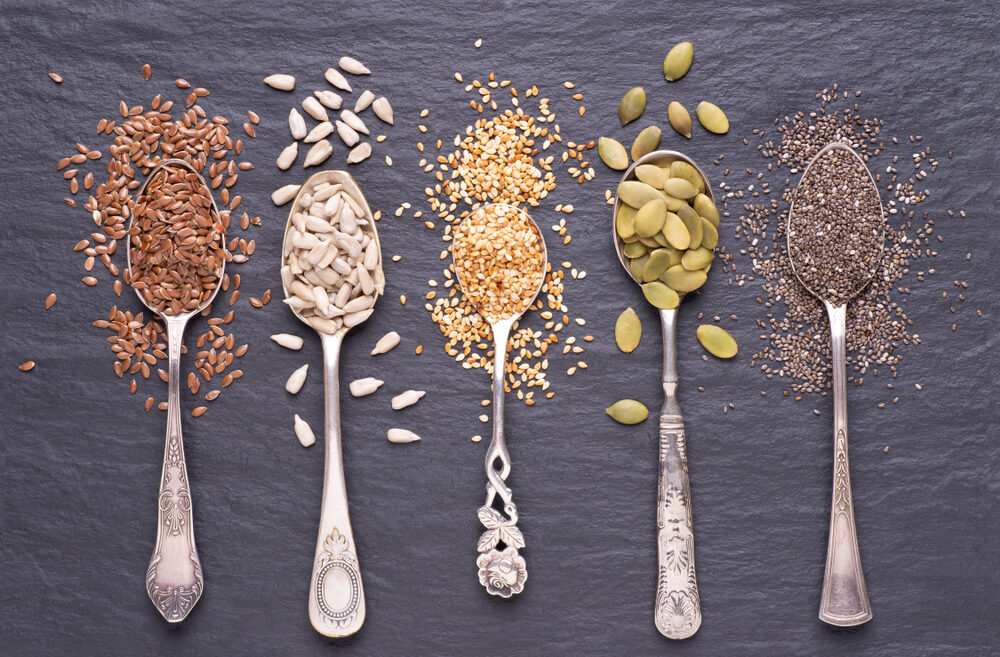 Crops that have been grown in a particular agricultural area for generations and are climatically adapted to the specific area are called legacy seeds or heritage seeds.

In general, these seeds are associated with crops that date back to the earliest times of agriculture. Legacy seeds in Israel are even mentioned in the Bible.

Legacy seeds were created by pure fertilization via open pollination by insects, birds, wind or other organisms that transmit pollen among plants of the same species. Open pollination makes crops genetically stable and pure, readily adaptable to the natural climate and growing conditions of the area.

Therefore, heritage varieties have developed traits and durability for local conditions such as dryness, pests, diseases and varying weather conditions.

“Heritage seeds are all seeds that have been passed down between people throughout history. Since Israel is a multicultural country, we have unique types of seeds from local as well as global species,” says agroecologist Harel Weiss, owner of the Nativity Seeds organization.

Nativity Seeds has the first heirloom seed bank in Israel. Weiss gathers, germinates, cultivates, and distributes the seeds to farmers interested in growing them.

“We are at a time when the populations of wild plants are dwindling and lost due to urbanization,” says Einav Mayzlish Gati, director of the Israel Plant Gene Bank at the Volcani Center-Agricultural Research Organization.

She goes on to mention that Israel has strayed from traditional agricultural practices. The “green revolution,” which introduced different agricultural technologies and practices, along with immigrants bringing different varieties of crops they had cultivated in their native countries, led to the hybridization of seeds that aimed to increase the resilience of crops.

However, the crops grown using today’s agricultural practices are generally of low genetic variability, which decreases their chances of being able to adapt to changes in, for example, the climate, diseases, and pests.

These changes have unfortunately been exacerbated by climate change. Therefore, the durability of seeds is more important than ever for the future of food security.

A new mindset about agricultural practices

There has been a recent shift by private farmers, organizations, and also at the political level to go back to using traditional crops, particularly to learn about the immunity of legacy seeds.

The Israel Plant Gene Bank has been at the forefront of this shift. The bank was rebuilt at the Volcani Center a little over a decade ago. It aims to preserve the genetic resources of the region’s plants for the present and future development.

The bank is responsible for collecting and preserving the wild seeds of all Israeli plants and emphasizes the importance of wild plants that have economic-agricultural or socio-cultural potential, which may be used for future generations.

Mayzlish Gati says, “at the Gene Bank, we look at traditional seed strains as genetic material that have greater biodiversity containing traits that can help us cultivate elite strains that are geared toward coping with changes. We look at the agricultural challenges we face as part of climate change, such as high temperatures, diseases and precipitation, and look for varieties that have features that will help them cope with them as part of cultivation programs.”

She further explains that seed collection is done by expert botanists who search for “wild, valuable and endangered plants.”

“We are in contact with other seedbanks around the world, and we have been able to return to Israel over 1,000 local traditional strains of wheat, and we are constantly searching for local traditional seeds stored in seed banks in different parts of the world,” she explains.

In addition to the efforts in Israel, Crop Trust is an international effort that works to protect nutritional and food security through the establishment of sustainable agriculture in order to reduce poverty and environmental degradation by diversifying and preserving agricultural crops in the fight against climate change.