One day a year, the air pollution in the land of Israel drops dramatically.

On most days, Israel suffers from 50 percent higher particulate air pollution than Western European countries. Beyond Jerusalem, a thick layer of smog often hangs over the coastal plain from Ashkelon to Netanya, blemishing the beauty of the land.

In Israel, as in every country, many policies and practices need to be changed and developed to support sustainability in how we produce, use, and relate to energy.

We get a taste of what could be once a year on Yom Kippur, the Jewish Day of Atonement, when all inhabitants of the Holy Land are blessed with clean air.

Dr. Jeremy Benstein, a leading Israeli environmentalist and author of The Way into Judaism and the Environment, explains the connection between Yom Kippur and the environment, as quoted in my book Eco Bible: An Ecological Commentary on the Torah.

“Yom Kippur in Israel is, by law, a ‘buy-nothing day.’ By popular choice, it’s also a ‘car-free day.’ The entire urban environment is transformed, and the normally car-choked streets are reclaimed by the people,” Benstein writes.

“This change results in 99 percent less pollution, according to some researchers, less noise, and feelings of expansiveness and community, as Reuters reported. The city becomes a village again. People walk and children ride bikes where cars would ordinarily drive, enjoying one another and their surroundings in ways impossible the rest of the year.”

Not just side benefits

Benstein argues that these changes aren’t just peripheral side benefits to a day devoted to introspection and repentance.

“The sins for which we each atone on Yom Kippur have bruised our own relationships with others and, in so doing, have ruptured our personal connection with God,” he writes.

Yet, personal penitence and forgiveness also demand that we “bolster our communities, which suffer from the selfishness and lack of integrity expressed in what we atone for as our own ‘sin.’ This means responsibility for one another both individually and collectively.”

In addition to collectively making local environments healthier and friendlier on one day of the year — whether on Yom Kippur or on Earth Day in Israel and other countries, he adds, “we can make the world more sustainable through our political and economic choices throughout the year.”

The role of faith in ecology 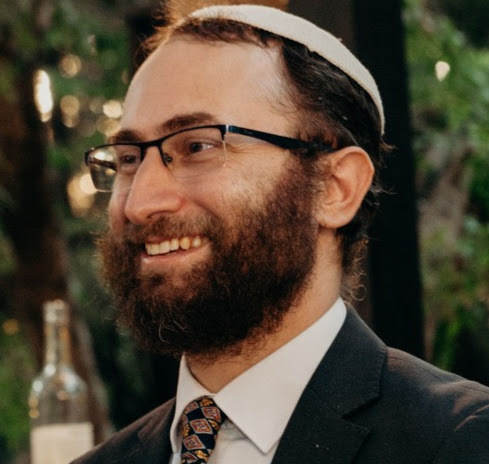 What is the universal uniqueness of this environmental event stemming from Israeli Jews’ approach to a religious holiday?

While abstaining from driving on a holiday may be unique to traditional Jewish practice, the ecological connection within holidays exists in many religions.

In recent years, clergy have begun to speak and preach about green Christmas and green Ramadan. As the climate crisis intensifies, drawing on religious wisdom for a sustainable future is certainly the way to go.

In the weeks after Yom Kippur, the UN climate conference COP 27 will take place on the Sinai Peninsula, in Sharm El Sheikh, Egypt.

Religious communities and religious leaders have a key role to play in addressing climate change and climate justice, which requires deep transformation within society.

The knowledge of what changes are critically needed to diminish long-term harm to the planet is readily available. However, bringing about change in action demands deeper changes in attitude, a change of heart.

This has been the domain of religions for millennia. Religions are sources of inspiration for the transformation of heart and the ensuing changes of attitude.

“As the climate crisis intensifies, drawing on religious wisdom for a sustainable future is certainly the way to go.”

To support, challenge and inspire discussions during COP 27 at Sharm El Sheikh, the NGO that I direct, The Interfaith Center for Sustainable Development, will join the Elijah Interfaith Institute in organizing an interreligious Climate Repentance on Mount Sinai.

I expect this event to be heart-stirring, transformative and a moment of inspiration for religious communities and for humanity.

From this moment and event, motivation for action emerges, calling for reexamination of deep-seated attitudes and for identifying ways to transform these attitudes for the wellbeing of Earth, our common home.

Rabbi Yonatan Neril founded and directs The Interfaith Center for Sustainable Development based in Jerusalem. Raised in California, he has a master’s degree from Stanford University focusing on global environmental issues. He is coauthor of Eco Bible, which explores how the Hebrew Bible and great religious thinkers have urged human care and stewardship of nature for thousands of years as a central message of spiritual wisdom.