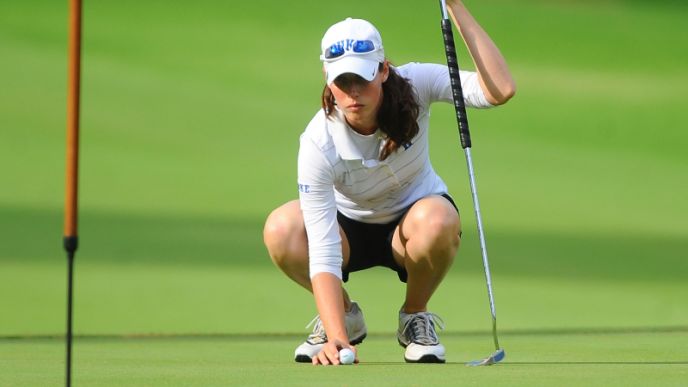 “I’m a pretty boring person,” insists champion golfer Laetitia Beck, who made history at the Women’s British Open in July as the first Israeli to tee off as a professional in an LPGA (Ladies Professional Golf Association) tournament. “If you ask me to play a sport, then I’ll get a smile on my face. I’m very athletic and very competitive.”

Turning 23 in February 2015, Beck has racked up a list of achievements that’s anything but boring.

She’s a five-time winner of the Israeli Open Golf Championship, the first time when she was only 12 years old. She won golfing gold medals in the 2009 and 2013 Maccabiah Games and was voted Atlantic Coast Conference Rookie of the Year in 2011 as a member of the Duke University (North Carolina) Blue Devils.

That year, she qualified for her first LPGA event, the Canadian Pacific Women’s Open – marking the first time an Israeli played in an LPGA tourney. In 2013, Golf World cited her as one of the top 50 golfers to watch.

ISRAEL21c spoke to Beck in Florida, two days after she passed the second of three qualifying stages toward earning her LPGA Tour Card – the coveted ticket to the world’s major pro golf tournaments. She faces one more qualifier in December. Only 50 out of 240 players advance to the second stage, so Beck is already a standout.

She hopes to represent Israel at the Rio de Janeiro 2016 Summer Olympics, when golfing returns to the Olympic Games for the first time since 1904 and will be open to pros.

Born in Belgium, the four Beck siblings were raised in Caesarea, the Mediterranean resort city that boasts Israel’s only 18-hole golf course. The elder Becks, both recreational golfers, introduced Laetitia and her twin sister, Olivia, to tennis at age eight and golf at age nine. Laetitia took to both with passion.

“I played every sport possible when I was younger — basketball, soccer, tennis – and I love them all, but now I don’t want to get injured, so I only play golf,” she says.

The sport caught young Laetitia’s fancy to the extent that by age 12 she dropped tennis.

“I like being by myself, and being able to practice alone made golf much easier for me than tennis. I can be in my own world and I could go to the course almost every day,” she explains. “Also, I don’t like to find excuses, and in golf you can’t blame anyone — it’s just you.”

Golf does not require the cardio fitness that tennis demands, “but we do need to be very strong in the entire body, and mentally it is one of the most demanding sports,” Beck tells ISRAEL21c.

“I have always been very focused and not easily distracted, even as a kid. And I love what I do.”

To take her training to the highest possible level, Beck left Israel at 14 to attend a sports academy in Florida, the IMG Pendleton School. “We practiced all morning and worked out every evening during my four years of high school,” she relates. 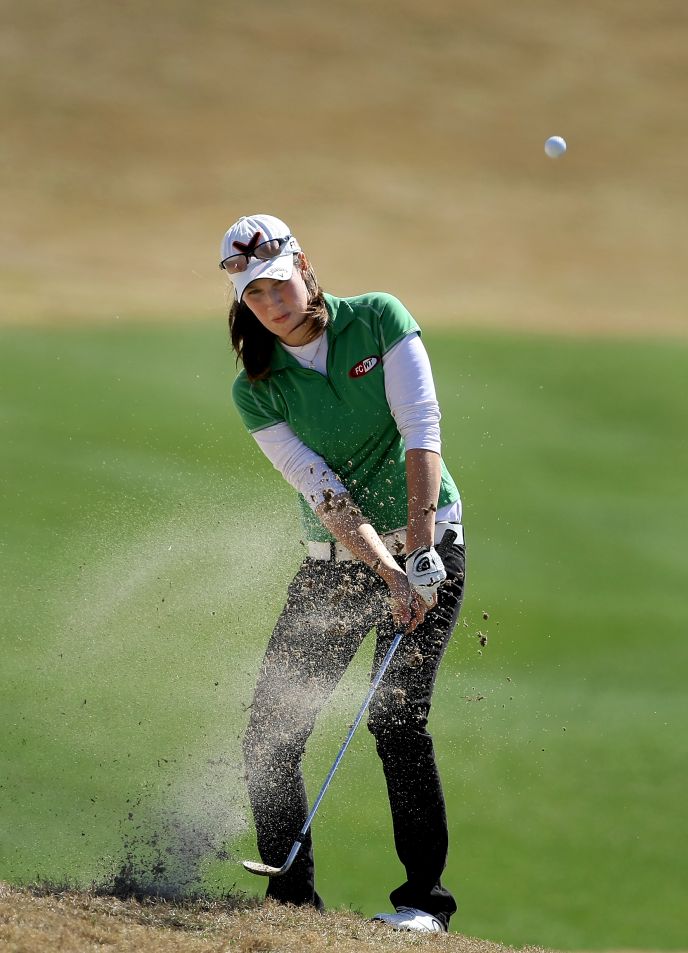 Laetitia Beck hitting a shot during the Annika Invitational in Florida, 2010. Photo by Tracy Wilcox/GOLFWEEK

At Duke, it was classes in the mornings and golf from 2 to 6, with workouts on weekends. Since graduating last May, Beck spends most days on the course, in addition to traveling to competitions and looking for sponsors to help foot the $85,000-$100,000 annual cost of touring. She’s living with a host family in Aventura, Florida, but frequently goes to Canada to train with her coach, Andrew Phillips.

She was introduced to Phillips in 2012 when she accepted an invitation to return to Montreal a year after wowing fans at the Open, to play in the Jewish General Hospital’s 20th annual Golf Tournament and fundraiser. “Ever since then, I’ve been practicing with him,” she says.

Beck visits her family in Israel every few months. Though she misses them – and the ready access to kosher food – she is committed to remaining in North America for the time being.

“For golf, it’s better for me to be here because the tournaments are here,” Beck says. “I will eventually go back to Israel, where I think I can have an influence on golf. I have a few other passions, too. It all depends on how things go.”

Beck is well known for the blue-and-white flag of Israel displayed on her golf shoes, hat and club head covers.

“I try to represent the country as much as I can,” she says. “Seeing the flag means a lot because I think it will help the sport and the sport in the country. I don’t think we have enough representation.”

However, she adds, “For me it’s less about Israel and more about being Jewish, because there are not many Jewish pro ladies on tour. I wear a Star of David that I have not taken off since high school. That’s how I connect to people in the States and around the world. I love when someone comes up and starts talking to me.”