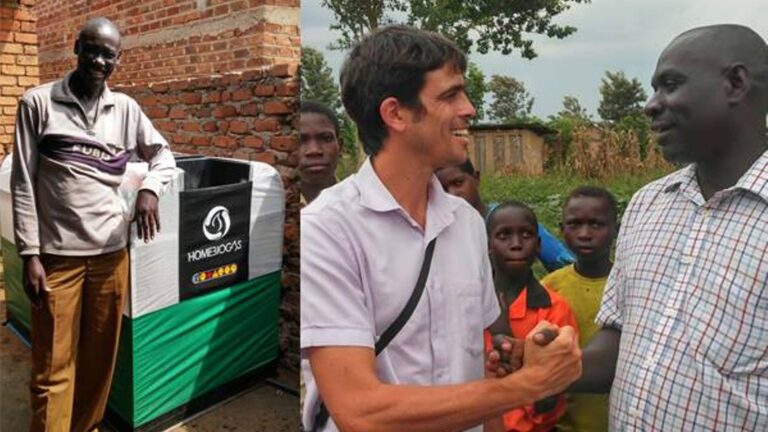 Homebiogas brings a bio-digester to an Ugandan orphanage. Photo: courtesy

A bio-digester from Israel’s HomeBiogas is now converting organic waste into clean renewable energy at the Buvundya Orphanage in Uganda, thanks to a donor who bought the system.

“These children lit up when they discovered the HomeBiogas magic — that they can transform their waste and produce their very own energy,” according to the company’s chief scientist and cofounder, Yair Teller.

Previously, Israel’s Ministry of Environmental Protection purchased and installed HomeBiogas units in two Bedouin Negev villages without access to clean energy and garbage removal. They now can produce their own clean biogas for cooking, heating and lighting, as well as organic liquid crop fertilizer.

The backyard units, available as an easy-to-assemble kit made in Israel, perform bacterial anaerobic digestion of organic waste such as food scraps and animal manure. A bio-filter reduces odors, and a chlorine filter eliminates pathogens in the fertilizer produced.

The Dominican Republic’s Ministry of Energy and Mining purchased many of the Israeli bio-digesters to help lessen the Caribbean island nation’s overreliance on wood for home heating.

Dozens of countries have made inquiries to HomeBiogas, says Amir.

The company, based in Beit Yannai, is now launching globally with the help of an Indiegogo campaign that raised almost 200 percent of its $100,000 target.