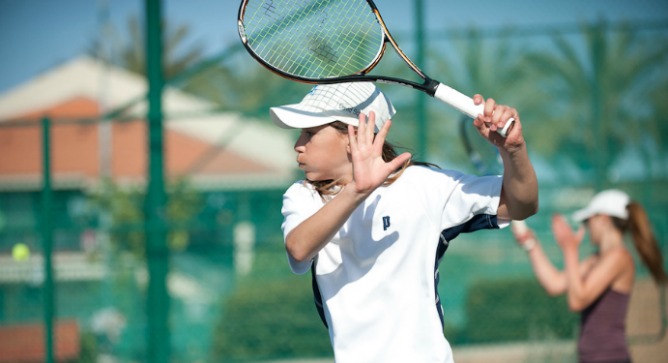 Yshai Oliel on the court in Israel. Photo courtesy of the David Squad

He still has the voice of a child, but don’t let that fool you. Twelve-year-old Israeli tennis player Yshai Oliel has serious talent. He won the title for his age group at the Junior Orange Bowl 51st International Tennis Championships in Coral Gables, Florida, on December 23.

“You are a true champion. You brought honor to the State of Israel and pride to your parents,” Prime Minister Benjamin Netanyahu said to Yshai (pronounced “Yee-shy”) in a congratulatory trans-Atlantic phone call after the tournament’s outcome was made public.

In besting Patrick Sydow of Aruba 6-3 and 6-1, Yshai became the first Israeli boy to take first place in the annual competition that previously launched the careers of tennis greats Jimmy Connors, Andy Murray, Jennifer Capriati and Monica Seles. Israel’s star player Shahar Pe’er had won in the girls under-14 division 11 years before.

Netanyahu and Culture and Sports Minister Limor Livnat announced that the Israel Sports Betting Board will give Yshai a 1,000 monthly scholarship and a 10,000 grant from the Israel School Sports Association.

The young Ramle resident began playing when he was five, accompanying his older sister Adi to the courts. He kept on even after Adi had had her fill.

“Within a year I saw he had talent,” coach Jan Pochter tells ISRAEL21c.

Pochter is a member of the David Squad, an independent, non-profit organization dedicated to developing promising Israeli tennis players for the international circuit.

“He listens to everything I tell him and he gives 100 percent to every workout,” Pochter says. “Other than that, it’s a matter of talent.”

Yshai tells ISRAEL21c that he also likes participating in soccer, basketball, table tennis and swimming. However, he favors tennis because it’s a solitary sport.

Yshai is ranked No. 1 in Israel in the 12-and-under division, and third in the under-14 set.

“No other Israelis his age are at his level,” Pochter declares. “I think he has a chance to go on to greater fame. It depends on how hard he works, but he is going in the right direction.” 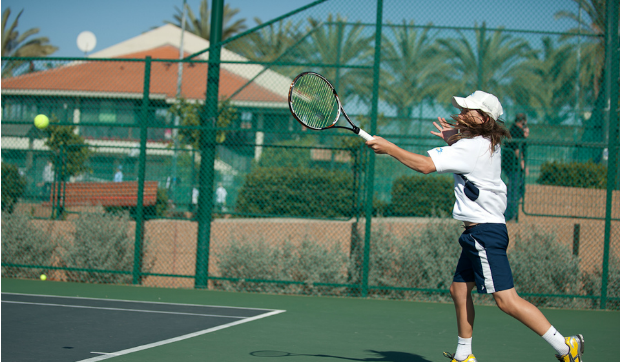 Yshai is the top Israeli contender in his age group. Photo courtesy of the David Squad

For the time being, the coach and athlete are busy giving media interviews and preparing for junior tennis tournaments in London and Paris.

Yshai practices tennis three hours a day, five days a week, and also has three weekly sessions in a gym under the guidance of a personal trainer. He devotes time each day to his schoolwork, which is mainly sent to him by his teachers via email.

David Coffer, the British founder of the David Squad, tells ISRAEL21c he founded the David Squad about nine years ago because “I love Israel, I love tennis and I love kids. I wanted to do something about the demonization of Israel worldwide and I felt this was a good medium, because there are also Arab kids in these tournaments.”

His organization runs programs at different levels. “We have a tennis academy in Ra’anana but we operate in the whole of Israel, spotting kids with potential to become Grand Slam champions. On the elite level right now there are four kids, Yshai and three girls.”

About Yshai, Coffer has this to say: “He’s a highly talented young man — a wonderful human being, a lovely boy, modest, charming and ethical. He’s on the small side so we’re waiting for him to grow a bit taller, but he has tremendous potential. There’s a lot more work to be done. We want to produce champions, and along the way you lose a lot of them.”