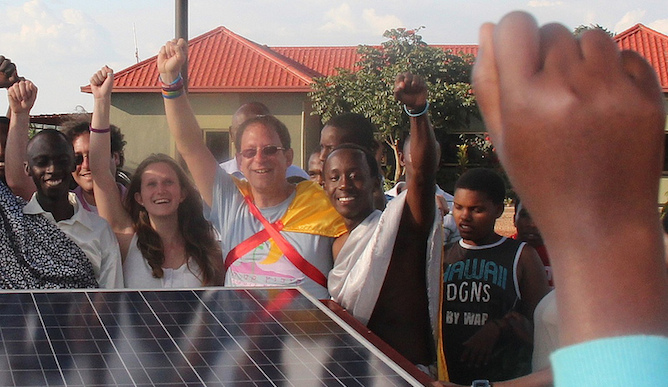 Today, Abramowitz and his companies Gigawatt Global and Energiya Global announced that they have secured $23 million in financing and about $710,000 in grants for an 8.5-megawatt solar energy plant in Rwanda.

The deal was announced in Jerusalem at a press briefing. An international consortium of investors has connected to underwrite and then build what is being hailed as East Africa’s first utility-scale solar field.

Abramowitz is the president of Gigawatt Global Coöperatief and is currently the CEO of Energiya Global, Gigawatt’s Israeli affiliate that provided seed money and strategic guidance for the African project.

The project, to be built on land owned by the Agahozo-Shalom Youth Village, will provide training for orphans raised there, and is expected to supply about eight percent of Rwanda’s energy needs. 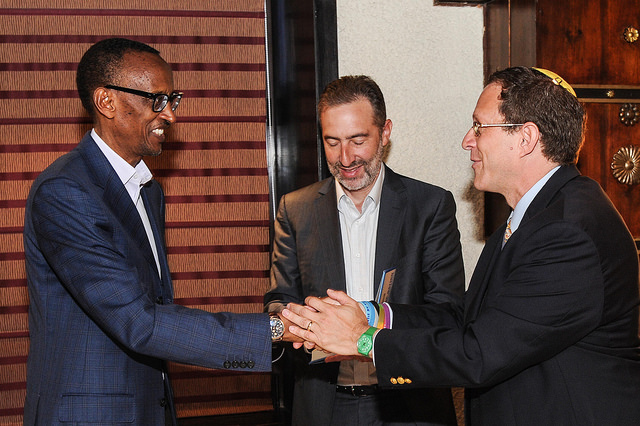 The photovoltaic power project will include sun trackers to optimize collection, and is expected to help Rwanda wean itself from polluting diesel oil, which also has devastating health effects.

Abramowitz tells ISRAEL21c that Energiya Global is following the triple bottom line formula: “It’s a social impact model of how for-profit green energy business can bring humanitarian and environmental benefits,” he told us in an exclusive interview shortly before the international press conference in Jerusalem.

A wonderful place to do business

Grants for expenses include $400,000 from US President Obama’s Power Africa Initiative, and an EU grant of $310,000 from the Energy and Environment Partnership (EEP), a partnership of the British, Finnish and Austrian governments.

Energiya Global installed the first two kilowatts of solar energy for Rwanda in February last year in a trial run at the Agahozo-Shalom Youth Village. This refuge for orphans from the 1994 Rwandan genocide was founded on the model of Yemin Orde, a successful program in Israel that began by caring for child refugees of the Holocaust.

Abramowitz says the project will be online this summer and will connect to the country’s electricity grid. Rwanda has agreed to buy the power created in this first deal over the next 25 years.

The initial site will be also a testing ground for planning and developing future projects in Rwanda and East Africa. “We are hoping to deploy a billion dollars worth of solar energy in the next three to five years in developing countries to kill diesel use,” Abramowitz tells ISRAEL21c. 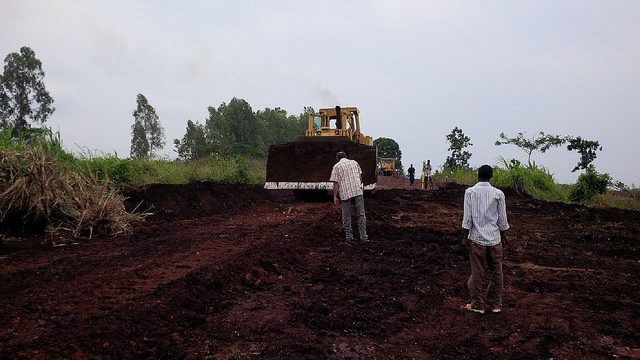 Construction of the solar field is underway on land belonging to the Agahozo-Shalom Youth Village.

He emphasizes that the current project is good for investors.

“It’s phenomenal for Rwanda because our energy is much cheaper than diesel. And then obviously we will get support from the youth village in charitable fundraising to give them the benefit of training. This way, graduates of the village will be able to spread the knowledge of bringing solar power all over Rwanda and then East Africa.”

Agahozo-Shalom has been key in orchestrating this deal, says Abramowitz. “We have an amazing partner in this youth village. It was formed in the aftermath of genocide and the government there has been trying to take their people from darkness to light, like the Jewish people had to do after the Holocaust. It is also a wonderful place to do business.”

Abramowitz is a cofounder of the Arava Power Company, which he helped start in 2006. Arava built a utility-scale solar energy field in Israel, the first of its kind in the country, at Kibbutz Ketura.

It was uphill every step of the way for Abramowitz, who had to coordinate –– and trail blaze –– among no fewer than 24 Israeli ministries.

“Israel was unfortunately a perfect training ground to overcome obstacles. I had to work between 24 government offices and waged 100 political statutory battles. In turns out that in Africa there are far fewer government offices,” he relates.

On top of that, “we developed a robust toolkit to overcome all objections and obstacles because of the difficulties and successes in Israel. This makes us qualified for East Africa,” he adds.

Rwanda is still recovering from the 1994 genocide and urgently needs power to fuel its economic growth. This will mark the first utility-scale solar PV project in the country. Another 20 megawatts are planned for a later stage.

Today, only 15 percent of the population has access to electricity, but the country aims to have 50% connected by 2017. A substantial part of that will be provided by renewable energy, like solar.

Ambitious? Not if you ask this solar energy pioneer.

“It takes a global village to raise a solar revolution,” said Abramowitz later at the press conference in Jerusalem. “There are 550 million people in Africa without electricity. Economic growth in developing markets depends on access to affordable, green power.

“The human race bears a moral and practical imperative to provide power for all, while also transitioning from burning fossil fuels to harnessing renewables. The Rwanda solar field serves as a proof-of-concept to successfully develop and finance commercial-scale solar fields throughout Africa and in the developing world.

“It is a game-changer for humanity and the environment.”

For more on Energiya Global, see http://energiyaglobal.com/
UNCOVER ISRAEL - Get the ISRAEL21c
Weekly Edition free by email
Sign Up Now!
Give
Every
Month
Help ISRAEL21c uncover
the Israel we love