Israel’s privatized clean tech incubator LN Greentech is about to branch out in the US, starting with the state of Ohio. 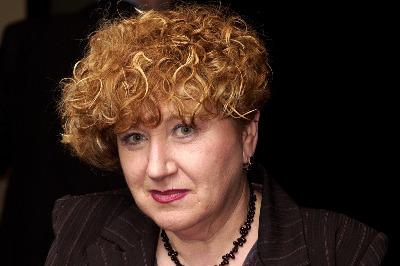 “Israel is our home… but the market is in the US,” Klara Oren, CEO of LN Greentech.

Klara Oren, CEO of the Israeli clean tech-focused incubator LN Greentech, started the company in her living room in the early ’90s. She thought it would be a good way to help Israel’s new immigrants from Russia to integrate. Back then the focus was on biotech, and the government liked her approach so much that it provided funding to help transform research ideas into companies.

Unlike the American incubator model, LN Greentech, now privatized, is Israel’s only incubator that’s focused on promoting the development of clean tech companies in the country. And according to company reports, it’s about to branch out in the US via a new partnership with businesses in Ohio.

Following business trips from Israel to Ohio, and those bringing Ohioans to Israel, last month LN Greentech signed a deal with the Ohio Clean Technologies Group, which is designed to create more than 2,000 sustainable jobs in the Midwestern state’s Mahoning Valley. The group’s vision includes plans to bring clean technologies in alternative energy and clean energy to market. And it includes Israel as well.

The unusual partnership between Israel and Ohio started early this year, when the founders of Ohio Clean Technologies visited Israel as part of a delegation that included the mayors from Youngstown and Warren, Ohio. The delegation also included representatives of local businesses and of the Youngstown/Warren Regional Chamber.

The Israeli group had previously received offers of partnership from other companies and groups, but there was something special about the chemistry with the Ohio delegation, that just ‘clicked’ with the Israelis.

“Some of the most innovative technologies we’ve seen have come out of Israel,” Jack Scott, a founder of the Ohio Group told an Ohio newspaper. “What they’ve done is partnered with their defense department.” And it is that partnership which has bred innovation across the board, well beyond military, he said.

Among the innovative LN Greentech companies that impressed him were the young companies promising advances in laser technologies, wind energy and solar cells, and remote sensors. Scott said, “We want to create a link with the Israeli incubator companies and identify and transfer those technologies back here.”

Lena Schneider, Oren’s assistant at LN Greentech tells ISRAEL21c: “The idea here with the US group is that we want them to, and believe they can, promote our projects and programs in the US. Part of the agreement signed is that they will be able to commercialize them. We all know what each side has. Israel is for us – a home – but the market is in the US. We are aiming to get into the market in the US.”

Among the dozen or so companies being helped financially in the incubator are two from the Israeli Arab community: TransBioDiesel, which is developing catalysts for the biofuel industry; and Agrobics, that develops wastewater treatment technologies.

Referring to the two Arab firms Schneider, also an immigrant from the Ukraine, tells ISRAEL21c, “We welcome any Israeli company to come to the incubator; we look at the individual projects themselves. And we are happy to have these two brilliant ideas in the incubator.”

A boutique incubator from A to Z

Unlike in Ohio, where incubator facilities offer very basic services and facilities, Schneider explains that a different structure is in place in Israel. “Here an incubator provides you with a whole set of everything. For two years we receive the projects to our incubator and we give them guidance in tech, budgeting, admin, looking for funding, approaching VC’s… we give them the whole structure so that they can be focused on their project.”

The Ohio group was fascinated by the Israeli approach, she says, and the “way we operate.” Plus, over the past three years, “our incubator has focused only on clean tech and this is what makes it special.”

Oren founded LN Greentech in 1993 and it quickly became part of the local incubator system, helping to support technologies created by highly trained Jewish Russian physicists and engineers during a mass immigration to Israel after the lifting of the FSU’s infamous Iron Curtain.

Well-known for her service in the Israel Air Force, Oren became the go-to woman for the new immigrants. Today, 70 companies later, about 50 people are members of the LN Greentech team, including a dedicated administrative operations staff of four, based in Haifa. There’s a team of from three to five people for every project.

Investors in LN Greentech include the Altshuler Shaham investment house, Zeev Bronfeld, and private investors. One of the most recent successful exits has been wound management company Polyheal.

The next step is for the Israeli company to head over to the US to check out American projects: “We are very happy not only with the cooperation, but also personally, with the people in Ohio we are working with,” Schneider concludes.