Ten years ago, the idea of nanotechnologies seemed like science fiction. Could there be tiny bots that float around in your body to repair tissues or deliver precision and targeted drugs? Could this new science make us live forever, or at least make us invisible?

Now as reality sets in and more Israeli and international companies embrace nanotech –– which can span every industry in the same way clean-tech does –– Israel is making itself a niche with this science.

ISRAEL21c was at the fourth bi-annual Nanotechnology Conference and Exhibition (NanoIsrael 2014) in Tel Aviv on March 26 and 27. The event was sponsored by the government-funded Israel National Nanotechnology Initiative (INNI)

On display at the event, which included conferences and networking opportunities for participants from Israel and abroad, were technologies from clean-tech and solar energy to medical, defense, 3D printing and art. There were new types of car batteries, like the Volta, and a bionic eye.

“Scientists are now able to manipulate matter at a subatomic level,” says Nava Swersky-Sofer, co-chair of the event. “They can cut up materials like LEGO blocks and, atom by atom, build products from the ground up.”

Doxil, an anti-cancer drug developed by Israelis, was the world’s first nano-based pharmaceutical. It’s been on the market 20 years and no one knew when it was being developed that it was a nanotechnology, Swersky-Sofer tells ISRAEL21c in an exclusive interview. 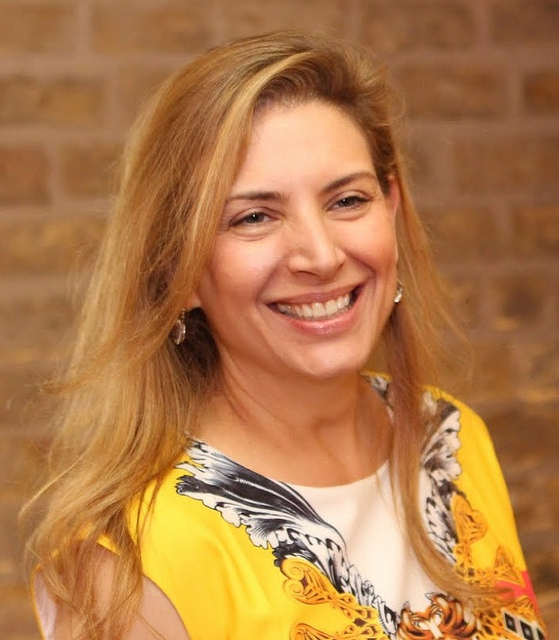 “Nanotech is not an industry per se. It’s a technology platform. It enables medicine, agriculture, energy, water treatment, communication, defense and materials to move to the next level.”

Thought leaders in this area, busy on the floor talking and greeting attendees, included Prof. Oded Shoseyov from the Hebrew University’s Faculty of Agriculture. He’s founded the nanotech companies CollPlant for regenerative medicine, and Fulcrum SP Materials. There was also Prof. Reshef Tenne, who develops new materials at the Weizmann Institute of Science.

Among the several thousand people were representatives from 30 countries, including executives from General Electric and Merck. Some foreign delegations even set up booths, like the Canadians hoping to attract collaborations with Israeli industry and academia.

Delegates from the US military, a driver in the area of nanotech R&D — along with the financing for it — also circulated among the Israeli company reps and army officials gathered at the David Intercontinental Hotel along the seashore.

In addition, the expo showcased Israeli technologies on the market or ready to license. There were lectures, demos and discussions on how to use nanotechnology platforms to improve healing, regrow bones and improve eyesight. A display of nano-inspired photography featured images of never-before-seen molecular and atomic landscapes captured by electron microscopes.

Israel’s advances in the small science of nanotech started from a big decision to develop nanotech centers at six universities. As a result, since 2006 many Israeli startups have been founded in this area, and 7,000 academic papers from Israel have been published on nanotech. 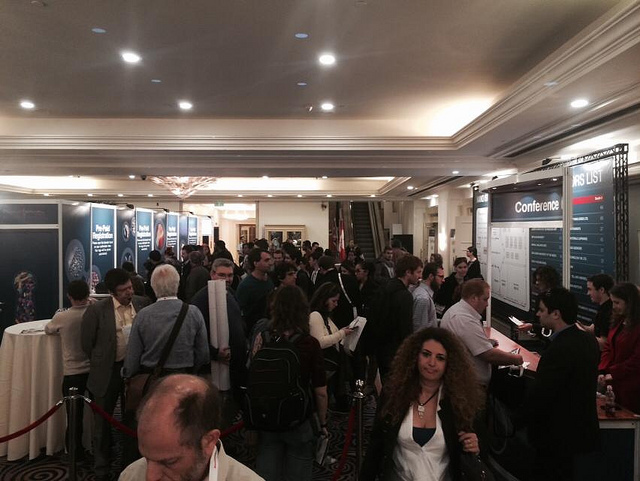 Conference co-chair Rafi Kori heads the Academic and Industry Cooperation at the government-sponsored INNI. He tells ISRAEL21c: “Israel is good at top level research. We have had over 850 patents in this area published since founding the centers.”

He thinks Israel’s edge in the nano landscape is in energy, medical innovations and improving the strength of materials.

Responding to this trend, a new breed of investor has swooped in — like Capital Nano, a boutique investment company. “We are looking for breakthrough technologies close to being commercial,” managing partner Ofer Du-nour tells ISRAEL21c.

Capital Nano scoured thousands of possible options to select three companies from Israeli universities: Bactusense, to sense bacteria real time in hospitals or the food industry; Cinea’al, which is using marine pests as superabsorbents in disposable diapers and pads; and Colmer, a nanotech capsule that can lubricate joints to alleviate arthritis.

“Nano is in my blood and it will be the next boom,” adds Capital Nano founder and investor Nir Davison.

Company of the year

Michel Hivert, managing director of MATIMOP, the government-funded Israeli Industry Center for R&D that promotes Israeli technologies abroad, says the conference brings together students and business people to “see how we can pull great ideas out of nano and put them into industry.”

The MATIMOP booth showcased 20 commercial successes as examples, such as KiloLambda, an optical power company; CollPlant, a collagen drug company; and 3GSolar, making a new kind of solar cell.

3GSolar CEO Barry Breen says the company will start manufacturing its special solar cells this year. The colored cells printed on glass and plastic harvest energy from ambient light and existing electrical lights in a room. This means changing the batteries less often in your thermostat or fire alarm, or not at all for at least 10 years.

And the drum roll for the company of the year came at the end of the event. The honor went to Qlight Nanotech, maker of nanocrystals for flat-panel displays and LED lighting. The technology was pioneered at Hebrew University by Prof. Uri Banin and is being represented by Yissum, the university’s commercialization company.