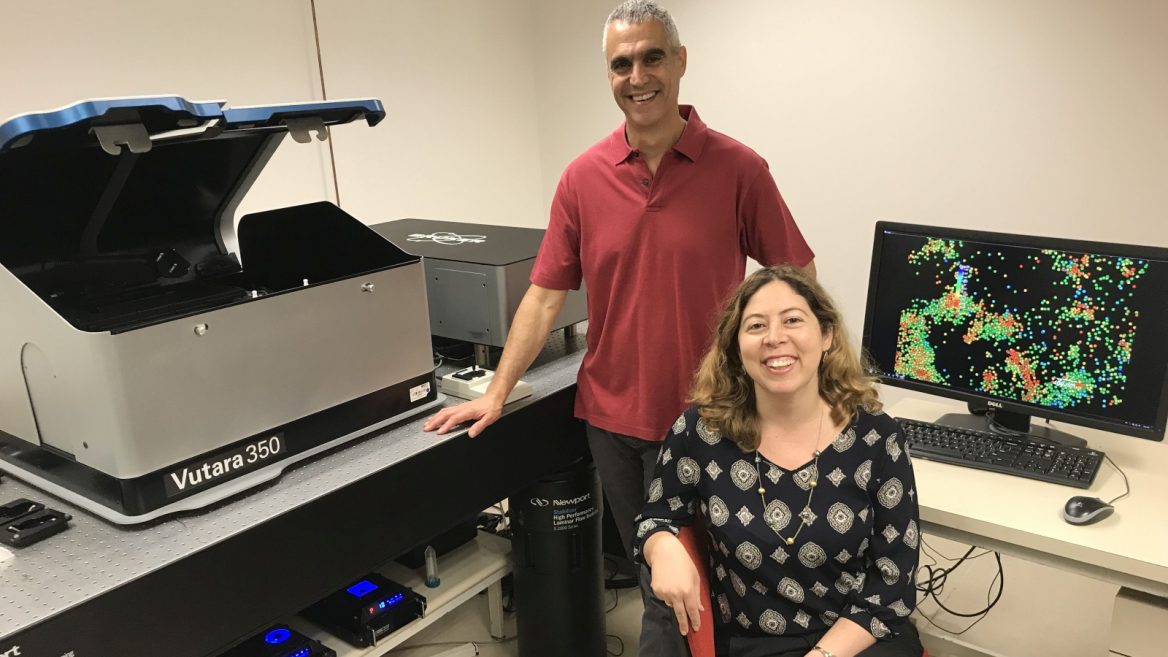 An Israeli-British-German study published in Acta Neuropathologica reveals a novel method for detecting the aggregation of the protein alpha-synuclein, a hallmark of Parkinson’s disease.

By the time a patient is diagnosed with Parkinson’s disease, up to 80 percent of the dopaminergic cells in the substania nigra part of the brain are already dead, possibly due to toxicity resulting from alpha-synuclein aggregation.

“We have developed a new method for tracking early stages of aggregation of alpha-synuclein using super-resolution microscopy and advanced analysis,” announced Tel Aviv University Prof. Uri Ashery, co-author of the study and head of TAU’s Sagol School of Neuroscience and Wise Faculty of Life Sciences.

“Together with our collaborators at Cambridge University, who developed a special mouse model for Parkinson’s disease, we were able to detect different stages of the aggregation of this protein. We correlated the aggregation with the deteriorating loss of neuronal activity and deficits in the behavior of the mice,” Ashery explained.

“This is a significant step forward in the world of Parkinson’s research,” he said.

Co-author Dana Bar-On of the Sagol School of Neuroscience said the new early-detection method also can be used to monitor the effects of drugs on alpha-synuclein aggregation.

Researchers from TAU and from the Max Planck Institute in Gottingen and Ludwig-Maximilians-Universität München were able to illustrate the effect of a specific drug, anle138b, on this protein aggregation and correlated these results with the normalization of the Parkinson’s phenotype in the mice.

“We hope that this research can be implemented for use in the early diagnosis of Parkinson’s in patients,” said Bar-On. “We’re currently working to implement the methods in a minimally invasive manner with Parkinson’s patients.”

The scientists are planning to expand their research to family members of Parkinson’s disease patients.

“By detecting aggregates using minimally invasive methods in relatives of Parkinson’s disease patients, we can provide early detection and intervention and the opportunity to track and treat the disease before symptoms are even detected,” Ashery said.

Ashery has led several other ground-breaking studies on neurological diseases. In 2013, ISRAEL21c reported on his team’s identification of microRNAs that detrimentally regulate protein levels in the brains of mice with Alzheimer’s disease.

In 2017, we reported on Ashery’s study showing that hyperbaric oxygen treatments may ameliorate symptoms experienced by people with Alzheimer’s disease.

UNCOVER ISRAEL - Get the ISRAEL21c
Weekly Edition free by email
Sign Up Now!
Bring Israel's story to life.
Millions of people around the world rely on us to gain a deeper understanding of Israel. We are the trusted source for original content you won't find anywhere else.
You can make a difference. Donate today to support journalism that brings Israel’s story alive.
SUPPORT ISRAEL21c
Read more on:   Health, Tel Aviv University, neurodegenerative disease, Parkinson's