A top-level Israeli medical and governmental delegation landing in Ethiopia on April 12, 2022. Photo courtesy of SID-Israel

The world has taken little notice of the civil war raging in Ethiopia for the last two years.

This greatly troubles Ethiopian-born Israeli parliamentarian Gadi Yevarkan. This week, he is leading a top-level Israeli medical factfinding mission to his native country.

“It is estimated that over half a million people have died in this war, millions have been displaced from their homes, and over 10 million people are on the verge of starvation (according to a UN report),” Yevarkan posted on Instagram.

“I, like every Israeli, proudly see the humanitarian efforts of healthcare workers and civil society organizations in the context of the humanitarian crisis in Ukraine and at the same time I am excited that finally, after a lengthy work process, an Israeli delegation … will convey to the world in general and the Ethiopian people in particular, a message of deep friendship between Israel and Ethiopia.”

A couple of months ago, Yevarkan asked Alon Beer, director general of The Society for International Development’s Israel branch (SID-Israel) to organize a roundtable meeting in the Knesset to raise awareness and discuss how Israel could help.

“It was clear that the medical field is the most urgent thing we should address,” Beer tells ISRAEL21c.

“Although we thought no one will have interest in this with the Ukraine war going on, we had 80 participants including 12 members of Knesset and senior staff from several hospitals and from Tel Aviv University.”

SID-Israel coordinated the delegation of officials from Clalit Health Services, various hospitals and three members of Knesset “to see how we can help alleviate suffering from the ongoing civil war.” 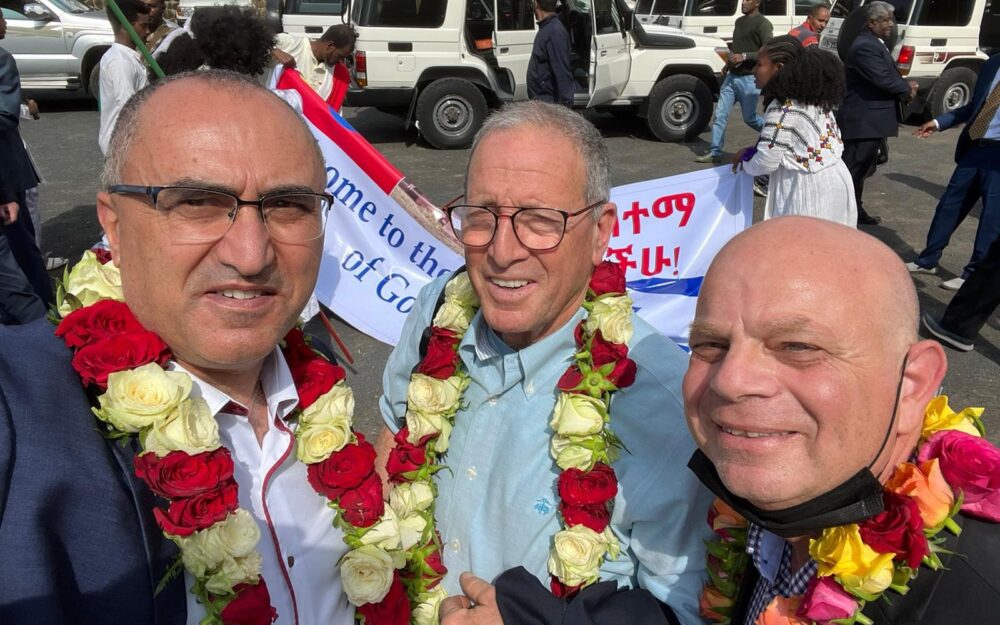 The Israelis are meeting with hospital and regional health bureau officials in Gondar and with the Ethiopian Minister of Health and senior ministry representatives in Addis Ababa before returning to Israel on Friday in time for Passover.

“The idea is to try to create a program where Israeli hospitals will ‘adopt’ hospitals around the war zone in Ethiopia, to support them with training and knowhow and hopefully also with equipment,” says Beer.

“Beilinson Hospital [in Petah Tikva] has already been doing this with a hospital in Ethiopia, and we want to duplicate that,” he says.

“Humanitarian aid has no color,” said Yevarkan. “This is our duty as Israelis and as Jews.”

UNCOVER ISRAEL - Get the ISRAEL21c
Weekly Edition free by email
Sign Up Now!
Bring Israel's story to life.
Millions of people around the world rely on us to gain a deeper understanding of Israel. We are the trusted source for original content you won't find anywhere else.
You can make a difference. Donate today to support journalism that brings Israel’s story alive.
SUPPORT ISRAEL21c
Read more on:   News, Social Action, Humanitarian Aid, Ethiopia