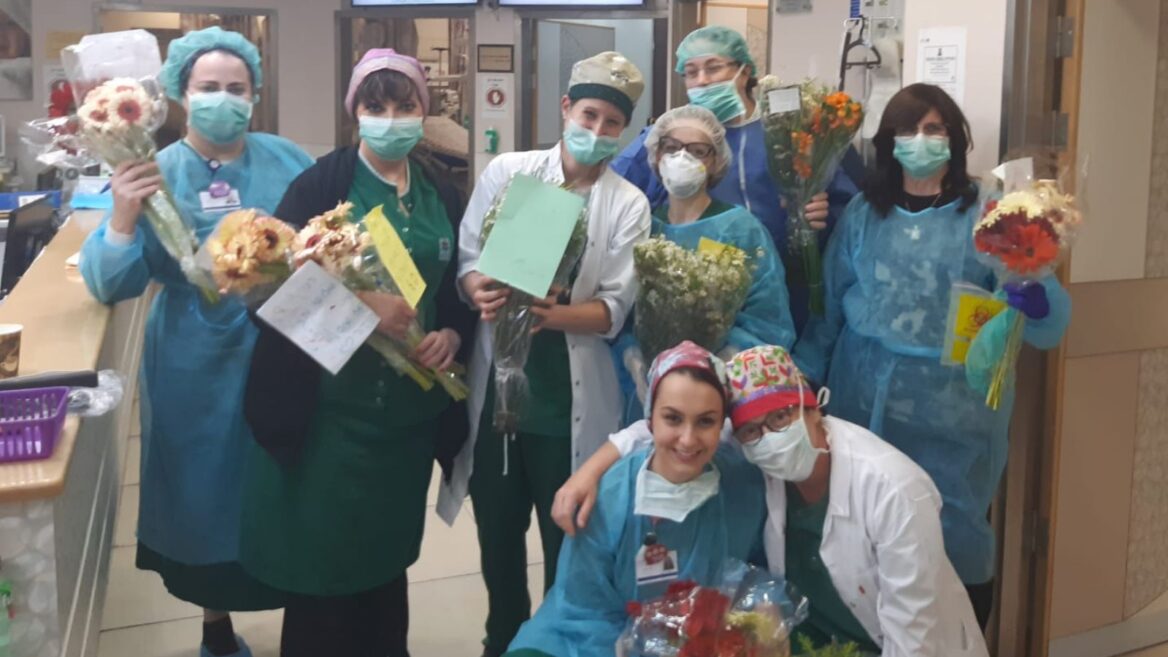 Israeli volunteers shower healthcare workers with love and help in gratitude for their hard work during the coronavirus crisis. Photo courtesy of Adopt a Doc

While the Covid-19 pandemic is keeping many of us cooped up at home, healthcare workers are out there day and night, working extra-long shifts to help save lives.

In gratitude, Israelis are showering healthcare workers with love and care. Over the past month, some 4,000 Israelis joined an initiative called “Adopt a Doc.” They take care of needs from washing the laundry to walking the dog.

What started out as a group on Facebook has branched out into a countrywide program, with whole communities coming together to help the doctors, nurses, physiotherapists and other medical staff in their midst. 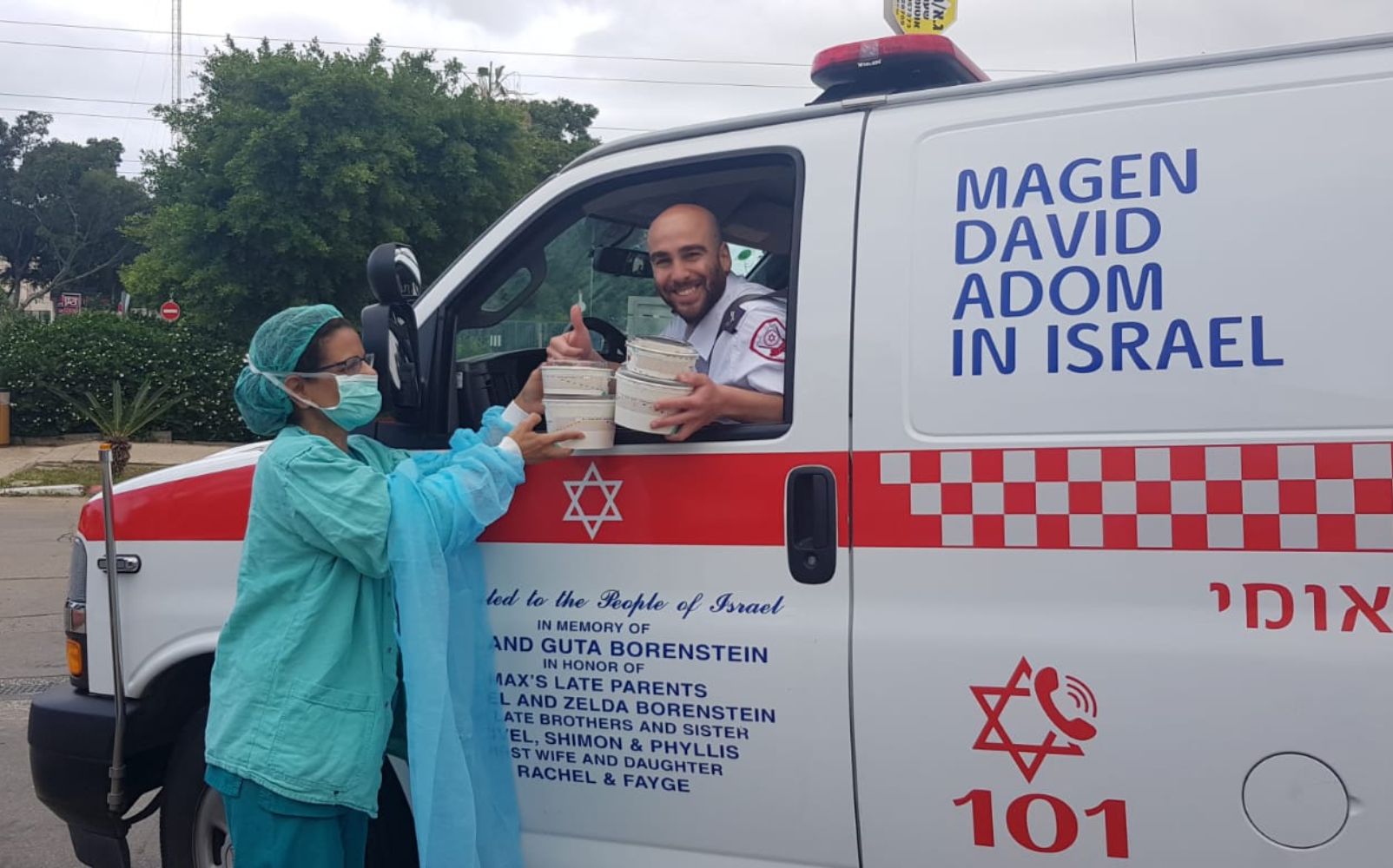 An ambulance driver gives a thumbs up upon receiving a loving delivery. Photo courtesy of Adopt a Doc

The initiative began when Adi Scope Karmon opened the Facebook group about a month ago, calling on people to help healthcare workers in everyday life tasks such as cooking and babysitting. Before long, Scope Karmon and fellow founder Tal Laufer where overwhelmed by the response.

“We’ve seen an incredible response, especially of the idea of mutual help and helping where possible and getting neighborhoods and families together to help doctors with whatever we can,” says Laufer, a Tel Avivian who works for a cybersecurity company. 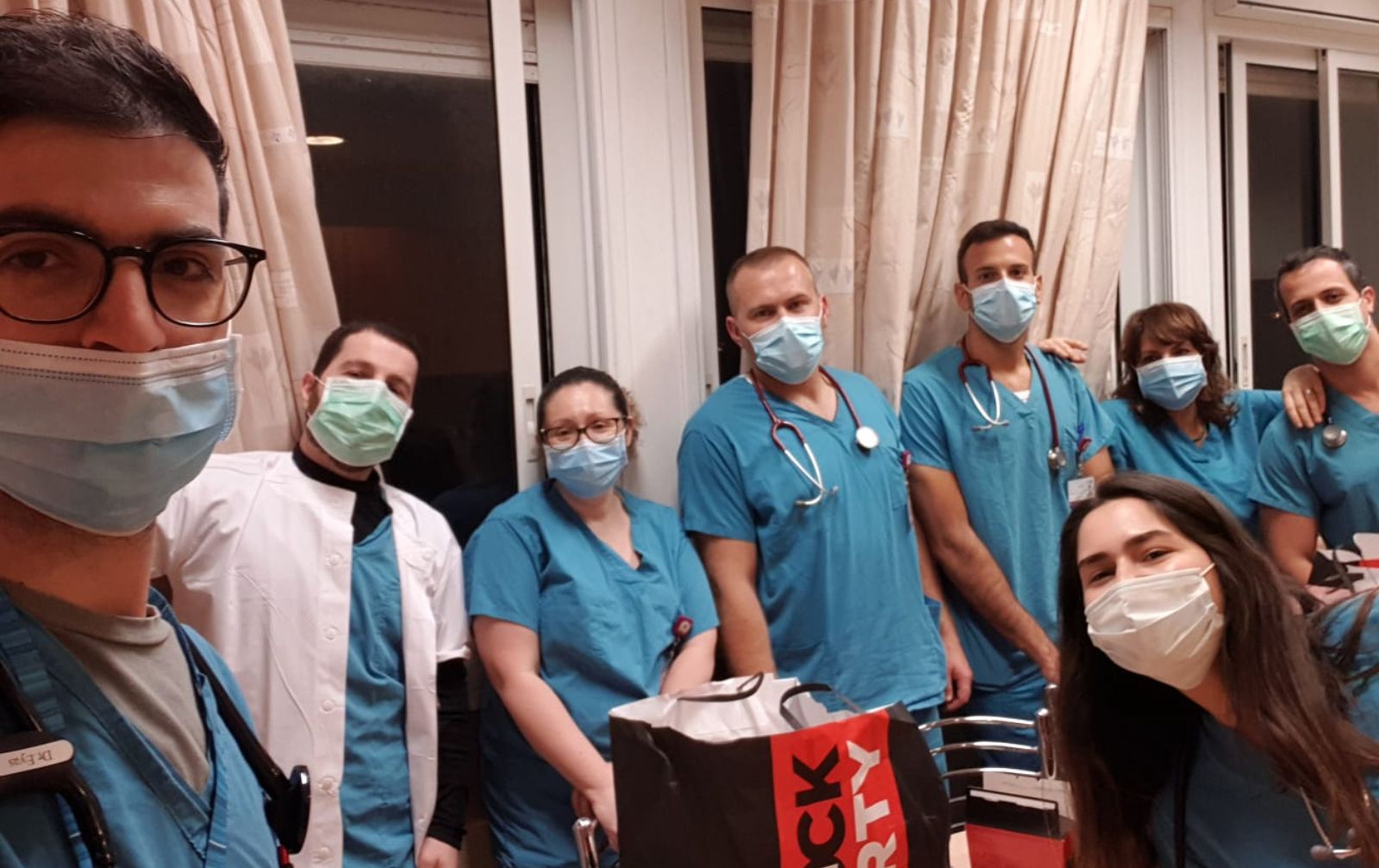 Medical staff pose for the camera with a takeout they received from volunteers keen to keep them well-fed. Photo courtesy of Adopt a Doc

The project’s name sounds rather familiar to Israeli ears, and not by chance. An earlier program prevalent in Israel was “Adopt a Soldier,” which saw members of the general public taking care of young soldiers during their military service.

“The idea is that now the fighting force is the doctors and medical staff and nurses,” Laufer explains. “It’s a very difficult and very demanding time for medical teams.”

Some 1,000 healthcare workers signed up for Adopt a Doc. Each is paired up with a volunteer who takes care of them and their family for the time being. On top of that, whole communities are pitching in, for example by delivering meals to neighboring doctors and hospitals.

Healthcare workers in full protective gear get a snack from Adopt a Doc. Photo: courtesy

“We have a group of volunteers from the Sharon area who took over the kitchen of a restaurant that had shut down, found produce and equipment and everyday are bringing us over a huge amount of salads to deliver to medical teams,” Laufer gives as an example.

“We had a few very nice stories ahead of Seder night of volunteers who made doctors’ entire Seder meals so that they could do Seder with the family without having to bother with anything,” she adds.

Adopt a Doc keeps updating and adapting the services it offers according to the needs surfacing from the medical staff. Its latest offering, for example, is art, gym and even coding classes to help keep healthcare workers’ children busy and happy.

“We have a proper schedule with classes for kids that you can join whenever you want — free of charge, of course,” Laufer says. “It’s very cool.”