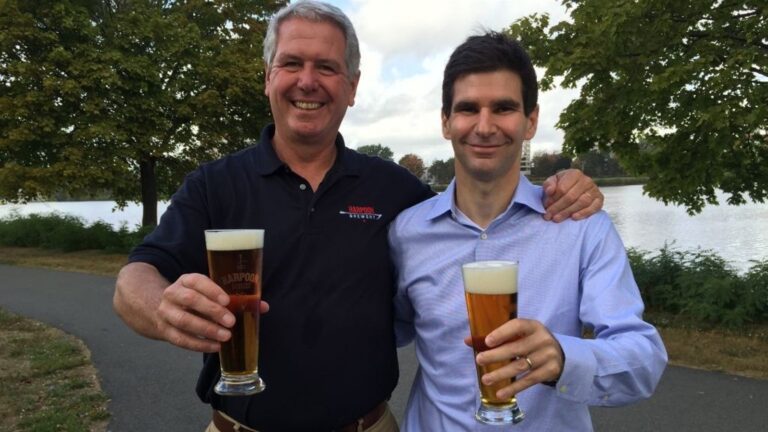 Nearly 20 kegs’ worth of Harpoon brand Charles River Pale Ale is aging in vats of the Boston craft brewer thanks to the water-purification wizardry of an Israeli company now headquartered in the Boston suburb of Newton.

Charles River Pale Ale is being showcased at the Harpoon Beer Hall in the Seaport through October 10 as a part of HUBWeek, a celebration of creativity and innovation hosted by MIT, Harvard University, The Boston Globe, and Massachusetts General Hospital.

Desalitech proposed using its next-generation ReFlex reverse-osmosis system to purify 300 gallons of water from Boston’s Charles River for a limited-edition beer, and Harpoon immediately got on board with the idea.

The one-time withdrawal of water from the once notoriously polluted but iconic Charles River recovered 93 percent of the treated water, a significantly higher percentage than the industry average, while using less energy than traditional reverse-osmosis systems, according to a Desalitech press release.

Harpoon Brewery President Charlie Storey described the product as “a light-bodied, copper-colored ale with a slightly spicy, fruity hop aroma. The malt profile and hop bitterness up front leads in to a sweet, smooth, hoppy finish. The alcohol by volume is 5.2%.”

Desalitech CEO Nadav Efraty said, “Water scarcity is a global challenge that affects millions across the world. We are thrilled to join with Harpoon Brewery to demonstrate the efficiency and high rate of recovery we can achieve when treating water from all types of sources, including the Charles River.”

Desalitech provides high-efficiency water treatment for industrial, agricultural and wastewater reuse and concentration applications. Its treatment platform is in use across the world by Fortune 500 companies such as Coca-Cola.