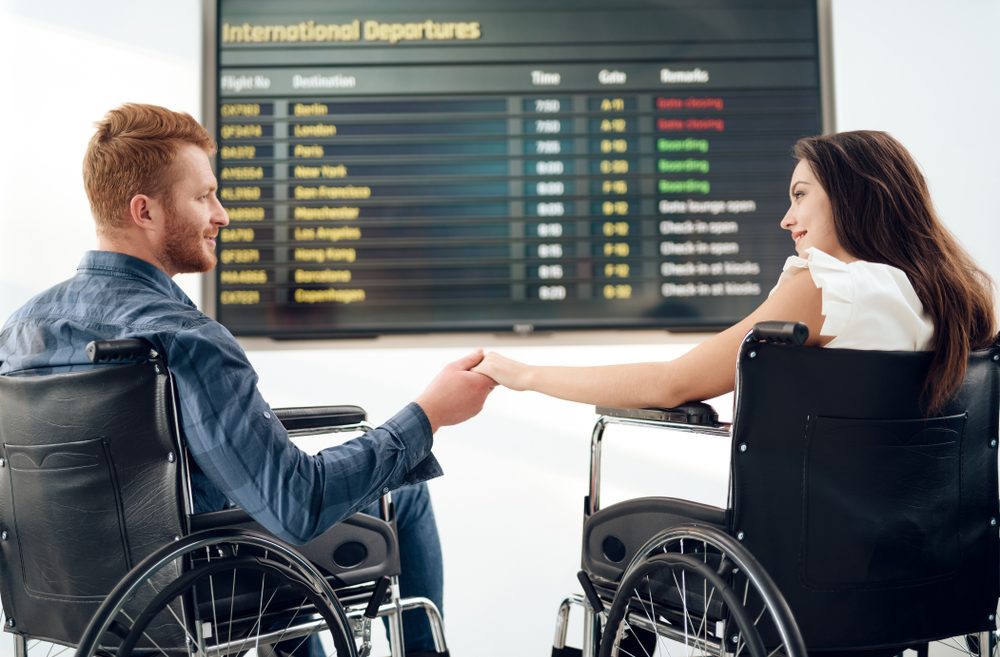 Travaxy aims to make traveling easier for people with disabilities. Photo by Shutterstock

Lioz Amar had booked a hotel online for a trip to Barcelona. He specified that he needed a walk-in shower but when he got to the room, he discovered it only had a bathtub.

That might have been a disappointment but not a deal breaker for most people. But Amar is not most people. In 2011, he was wounded during his service in the Israel Defense Forces and, since the age of 21, requires a wheelchair to get around.

“I went to the front desk and I said I need a roll-in shower,” Amar tells ISRAEL21c. “The guy brings out a ‘certificate of accessibility’ and says that this is an acceptable room. I said to him, put that paper aside for a second and think of me.”

The problem, Amar explains, is that there are no standards. A hotel can advertise that it’s accessible but how high is the bed? Is there braille on the elevator buttons? If there’s a knock on the door, will the lamp blink?

Web-based booking forms rarely go into such detail. Calling every hotel in town before traveling would be an overwhelming task.

Amar set out to fix that by creating an online travel site for people with disabilities. He called the site Travaxy, a mashup of “travel” and “accessibility.”

Every hotel on the site is vetted using a digital survey. And Travaxy displays only direct flights; you don’t want to get stuck in a strange airport overnight because of a missed connection while your wheelchair is still in transit. 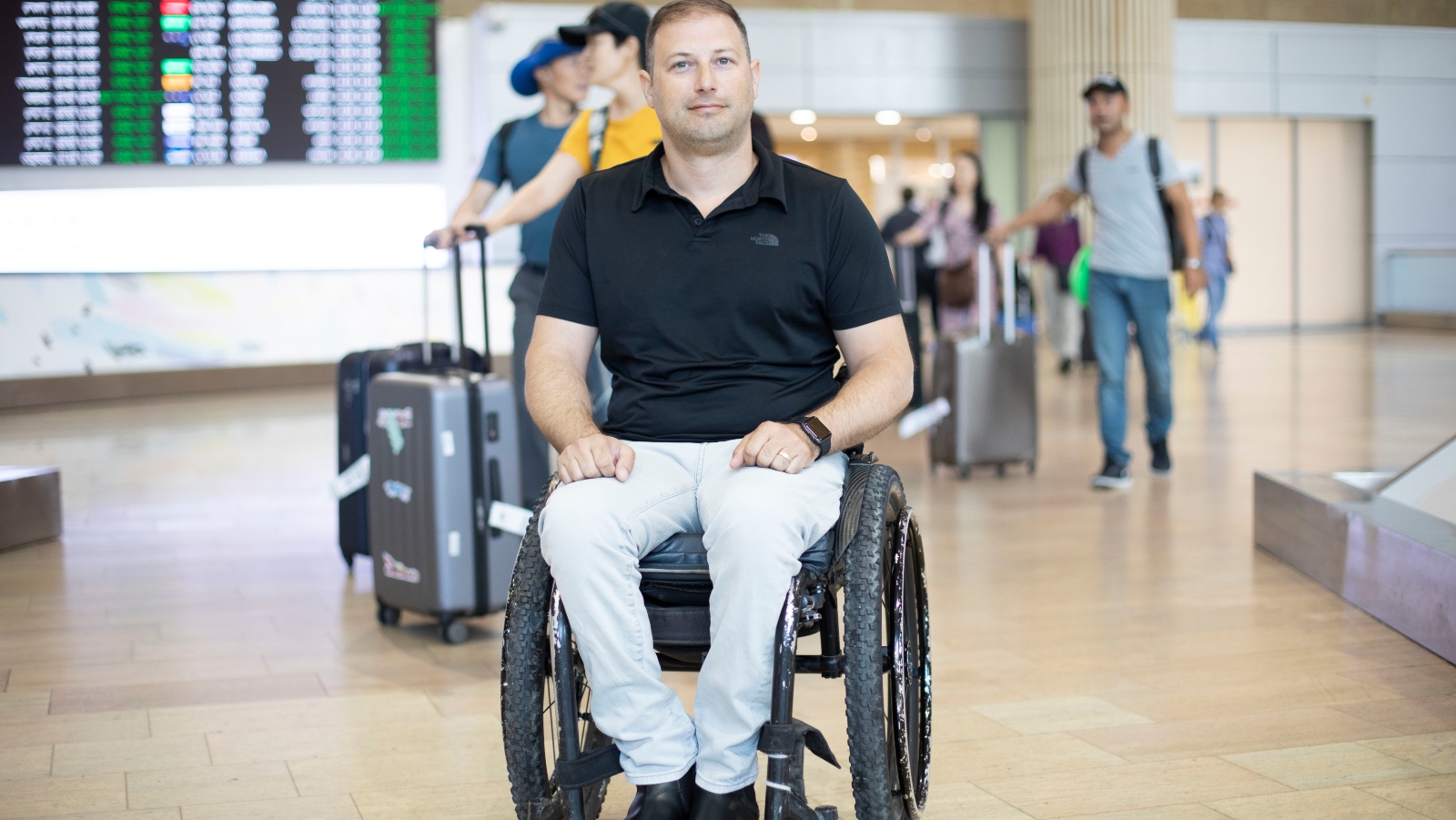 Travaxy hasn’t built its own booking engine. “We have the same connections as at Booking.com or Expedia. On top of that, we have our own layer of hotels,” Amar explains.

Travaxy goes above and beyond online booking in many cases. “A few days ago, a woman called and wanted to do a bar mitzvah trip for her son in Israel, but her husband was in an electric wheelchair. She couldn’t find a bus that could accommodate the wheelchair at a reasonable price. I said, ‘Let me try.’ After five minutes, I came back with an offer. She said, ‘Book it now.’ Afterward she wrote to me that everything was perfect, especially the way the driver gracefully handled the father’s needs.”

Booking via Travaxy also means if a disabled traveler runs into trouble – for example, his or her wheelchair breaks in transit (something Amar says “happens at one time to everyone with a disability”) – Travaxy can send a replacement part or an entire chair.

15% of world population is disabled

The difference between Travaxy and mainstream travel sites is apparent as soon as you try to book a flight or hotel.

You are asked what your disability is, whether you need assistance getting to the gate or disembarking, whether your wheelchair is manual or battery operated (and what kind of battery it has, important when checking the chair as luggage), and even the door width you require.

Can’t you make similar requests on popular travel booking sites? “They say you can do it,” Amar replies. “It’s politically correct to say so, but at the end of the day, it doesn’t really happen.”

Travaxy has a staff person confirm every order offline. “We make sure that the request is getting noticed. So far, we’ve had zero mistakes,” Amar reports after the first month of operation, when the number of bookings was still in the hundreds.

Amar is confident those numbers will grow. “Fifteen percent of the world population is disabled,” he claims. “That’s 516 million people in developed countries. And they travel two to four times more than the usual traveler.”

Moreover, 80% of disabled people “travel with two or more people with them who are not disabled.” In 2017, disabled people booked 190 million holidays, Amar mentioned during an interview he gave to Israel’s Channel 12.

Amar has become one of those frequent travelers. “When I was first injured, I found myself in bed saying, ‘I’m over, I’m screwed, I’m only half a person. What’s the point?’ I was like that for a year and a half. It was catastrophic for me.”

Just when he was at his lowest, Amar discovered swimming as part of his rehabilitation process. “I went into the pool, started to swim. I was free and fast. I could swim without being tied into a wheelchair. And people noticed. They said, ‘You swim very fast; you need to talk to the coach.’”

Amar went on to become a Paralympic champion, coming in seventh in the 100-meter breaststroke in the 2008 Summer Paralympics in Beijing. “Life as an athlete requires quite a lot of travel around the world,” he notes.

Sport also turned around another aspect in Amar’s life. He met the woman who would become his wife, Natalie, at a rugby tournament for wheelchair players. “The guys were playing, and she came to see a game. We saw each other, clicked, and we haven’t left each other since.” The couple now has a three-and-a-half-year-old daughter.

Amar worked for a while as a swimming instructor. He later picked up programming skills and found himself, in 2016, as “an entrepreneur who doesn’t know how to be an entrepreneur, at least at first.” Amar smartly surrounded himself with expertise.

His business partner, Michal Ben Assage, worked for 24 years in the travel industry, most recently at Amadeus, the world’s largest business-to-business travel platform.“She came with knowledge from the agent side. I came with the technology and the disability side,” Amar says.

“We’re very different from what they usually do,” Amar says. “People with disabilities don’t generally look to book a flight for tomorrow. But they invested in us. They were cool enough to say that no one is treating this community right.”

Travaxy, which has a team of eight, operates out of Daka90’s Tel Aviv office, home of inhouse accelerator Daka90 Labs.

Other strategic partners include Itai Green, CEO of Israel Travel Tech Startups, an incubator for tourism startups; and Mediterranean Towers Ventures, the investment arm of a company that runs luxury senior homes in Israel. Older people often have accessibility needs when traveling.

Travaxy raised $480,000 via the ExitValley Israeli crowdfunding platform. Half of the money came from Mediterranean Towers Ventures in exchange for a 10% stake in the company. Arik Pinto, the retiring CEO of Bank Hapoalim, who walks with a cane since suffering from polio as a child, also invested. Travaxy is now looking to raise another $2 million.

Travaxy charges a commission on bookings, just like other online travel sites, fueling new features and new locations. The need to vet accommodations individually has kept the company from expanding willy-nilly: currently, you can book flights or hotels in Tel Aviv, New York, London, Amsterdam, Berlin and Barcelona.

Thailand is next, Amar says. “It’s a very popular destination but not very accessible. You need to know where you’re going and who will serve you. But once you make the relationships, the culture there is to help. They don’t mind me being in a wheelchair as long as I can bring more customers!”

UNCOVER ISRAEL - Get the ISRAEL21c
Weekly Edition free by email
Sign Up Now!
Bring Israel's story to life.
Millions of people around the world rely on us to gain a deeper understanding of Israel. We are the trusted source for original content you won't find anywhere else.
You can make a difference. Donate today to support journalism that brings Israel’s story alive.
SUPPORT ISRAEL21c
Read more on:   Travel, Technology, disability, Travaxy