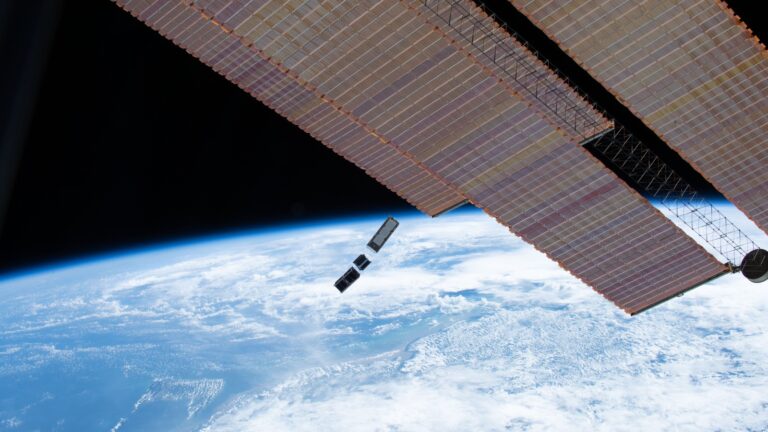 Ariel University’s SATLLA-1 is the middle one of three nanosats entering orbit from the International Space Station in November 2020. Photo courtesy of NASA

Two Israeli universities have launched homebuilt “social” nanosatellites with the goal of making outer-space research affordable and accessible to all educational institutions.

“The technology we are testing was done already by NASA but cost millions. We are trying to do the same with a fraction of the budget — around $1,000, not including shipment and launch costs,” says Ariel University master’s student Rony Ronen. 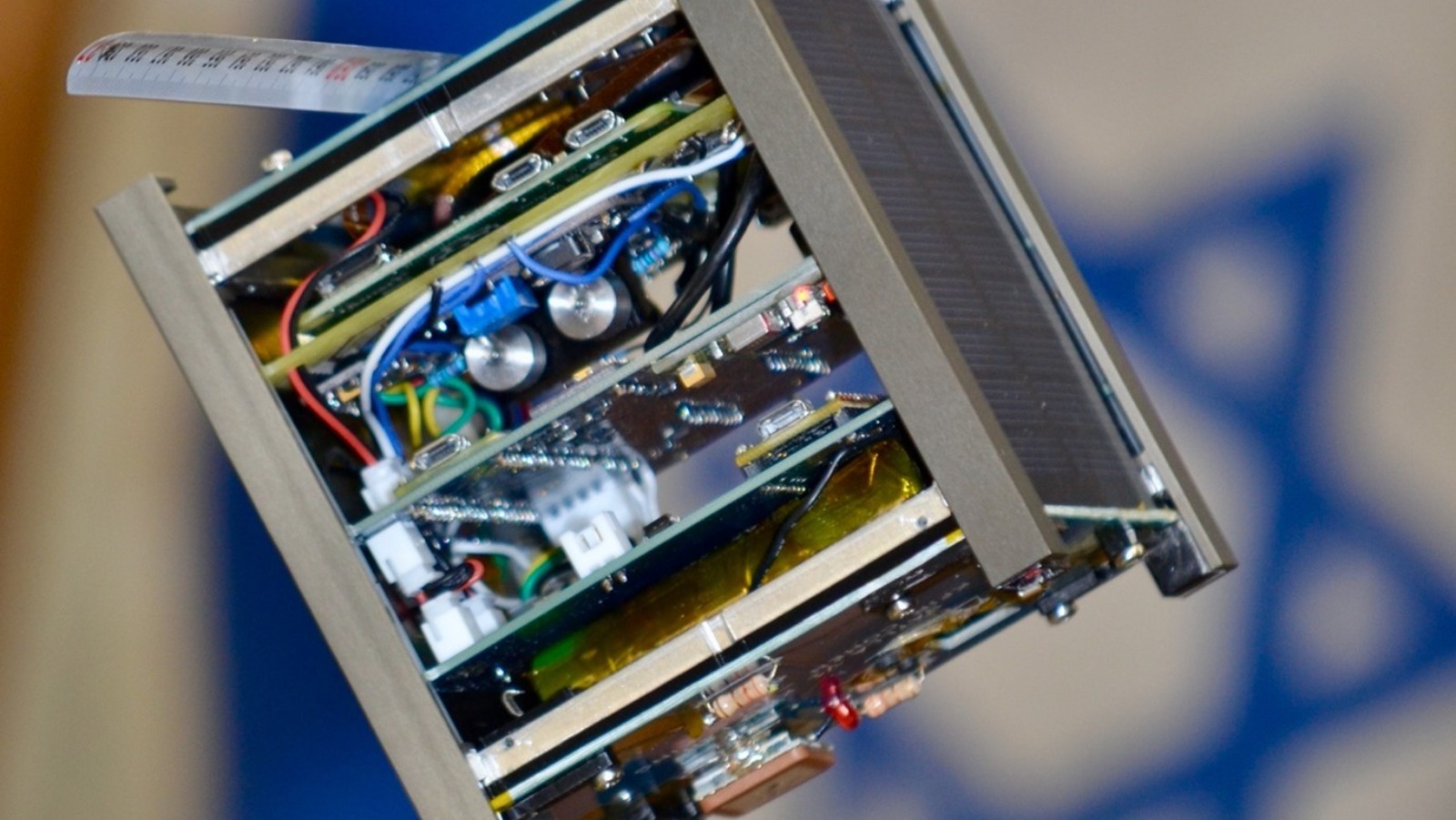 Built from scratch by a multidisciplinary team of students in the research lab of Prof. Boaz Ben-Moshe, SATLLA-1 launched this month from the International Space Station (ISS). It’s orbiting Earth every 97 minutes to collect and transmit space data. 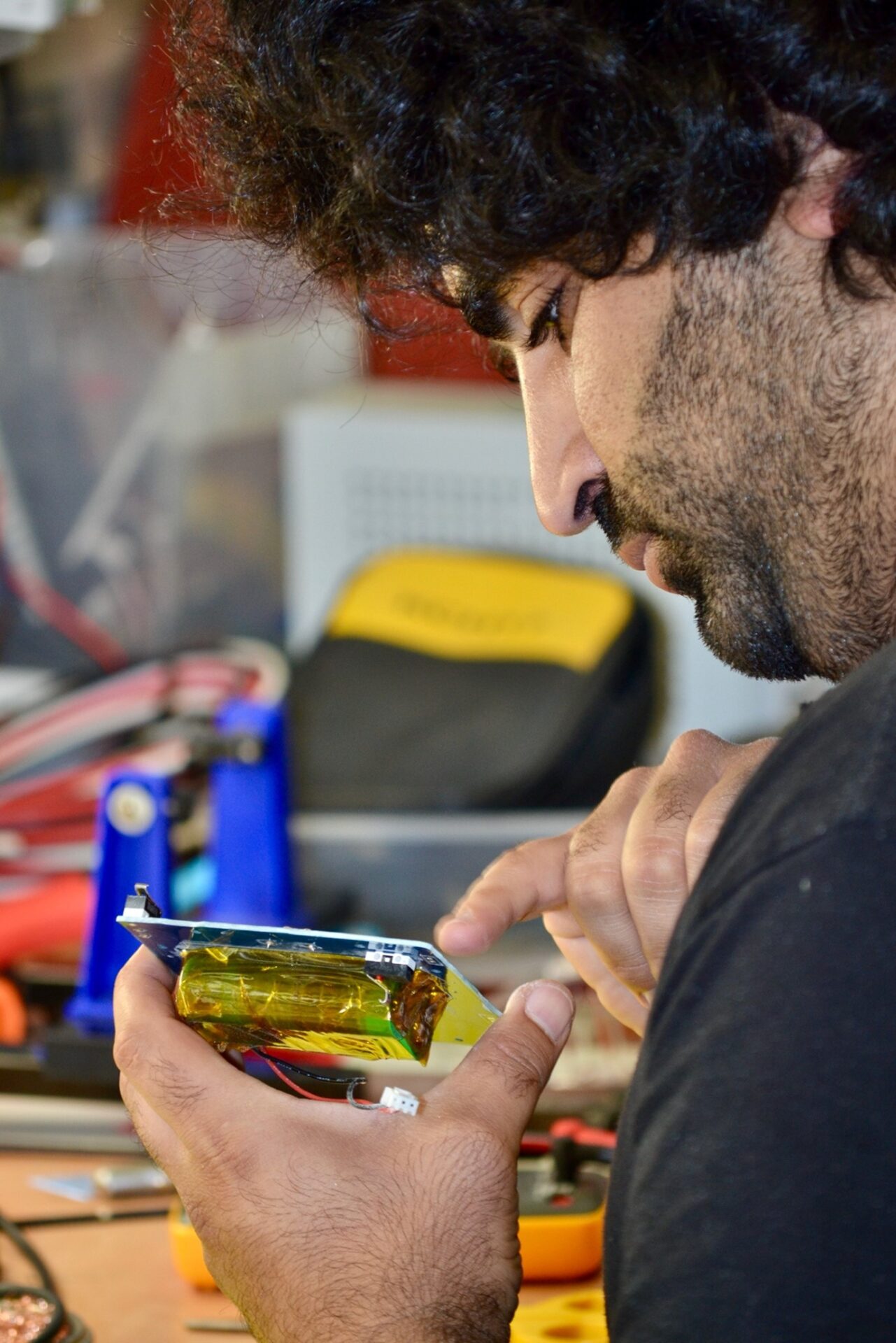 SATLLA-2, a quarter of the size of SATLLA-1 and including a laser pointer with tracking technology, is in the United States prior to its launch in December on a SpaceX rocket.

Altogether, three SATLLA nanosatellites are meant to work cooperatively as a “swarm” enabling affordable research, learning and application of groundbreaking technologies. They’ll be controlled and tracked by a ground station developed at the university.

Tel Aviv University’s TAU-SAT1 nanosatellite is undergoing pre-flight testing at the Japanese space agency JAXA prior to a planned launch by NASA to the ISS in the first quarter of 2021.

The shoebox-sized TAU-SAT1 — which will measure cosmic radiation around the Earth — was developed, assembled and tested under the leadership of computer and software engineering PhD Ofer Amrani at Tel Aviv University’s interdisciplinary Nanosatellite Center.

“The satellite will complete an orbit around the Earth every 90 minutes. In order to collect data, we built a satellite station on the roof of the engineering building,” said Amrani.

“Our station, which also serves as an amateur radio station, includes antennas and an automated control system. When TAU-SAT1 passes over Israel, the antennas will track the satellite’s orbit and a process of data transmission will occur between the satellite and the station.”

The engine-less satellite is expected to be active for several months before burning up in the atmosphere and returning to the Earth as dust.

“The idea is that any researcher and any student will be able to plan and launch experiments into space in the future – even without being an expert in the field,” Amrani concluded.