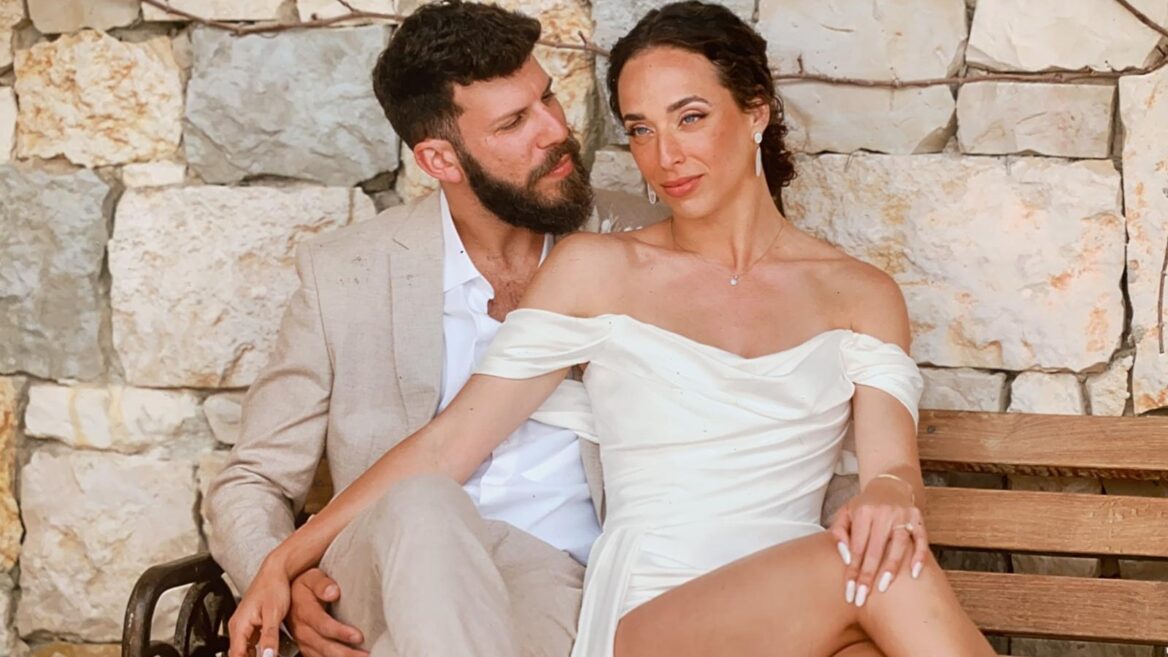 No wedding flash mob will ever be the same now that Israeli twerking instructor Nicolle Wolicki raised the bar forevermore.

Wolicki, 30, worked with a choreographer and eight Maccabi Tel Aviv basketball team cheerleaders on the sexy surprise for her groom, Chen Vaishenker, and about 220 guests at the couple’s April 8 wedding in Psagot Winery.

The two-minute routine has been viewed 10 million times on TikTok and splashed across international media from Newsweek to Insider.

Another clip, showing the newlyweds in a suggestive spontaneous dance, now has about 71,000 views. 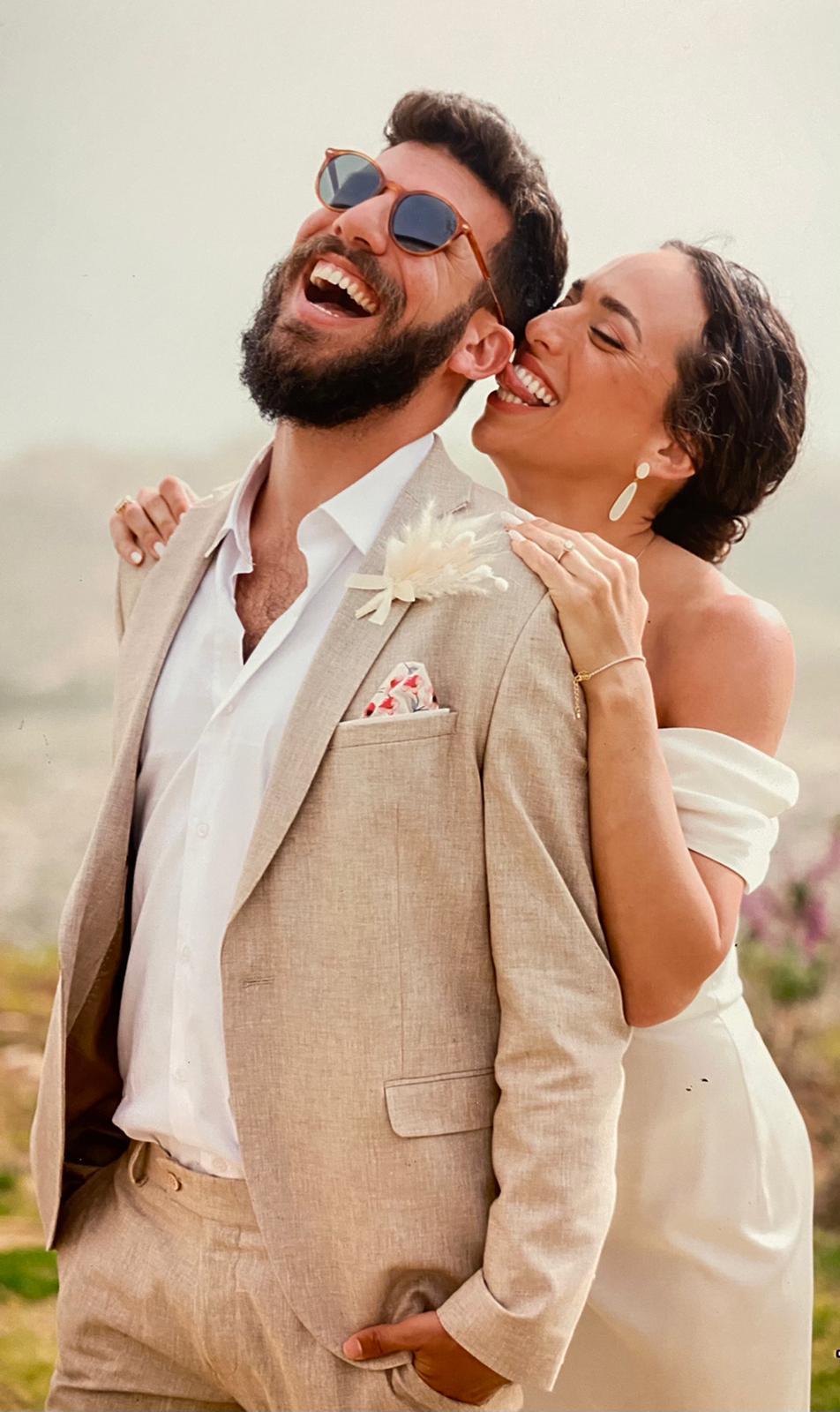 Twerking is defined by Merriam-Webster as “sexually suggestive dancing characterized by rapid, repeated hip thrusts and shaking of the buttocks especially while squatting.”

Wolicki tells ISRAEL21c she started teaching twerking in 2016 after returning to Israel from three years in Los Angeles. She lives near Netanya, and rents studio space in Tel Aviv and Ra’anana. She also leads twerking workshops and bachelorette and birthday parties.

The wedding dance was performed to an energetic medley put together by a friend of the bride, including Sean Paul’s “Shake That Thing,” Megan Thee Stallion’s “Body” and some numbers by Beyonce and Israeli Mizrachi singers.

Wolicki, whose career includes backup dancing in commercials and music videos, said she and Vaishenker “didn’t want to have a wedding, we wanted to have a party.”

Though she’d secretly planned the dance from the start, Wolicki found she really needed the lift when the day came. That’s because a deadly terror attack at a Tel Aviv bar the night before the nuptials caused more than 50 of the expected guests to cancel – including three of her bridesmaids.

“A lot of people started sending me messages saying they were afraid of coming. Then on the morning of my wedding I got messages from some of my best friends saying they felt anxious and would not be able to attend,” said Wolicki.

But her tears disappeared when she saw that everyone who came was having a great time. 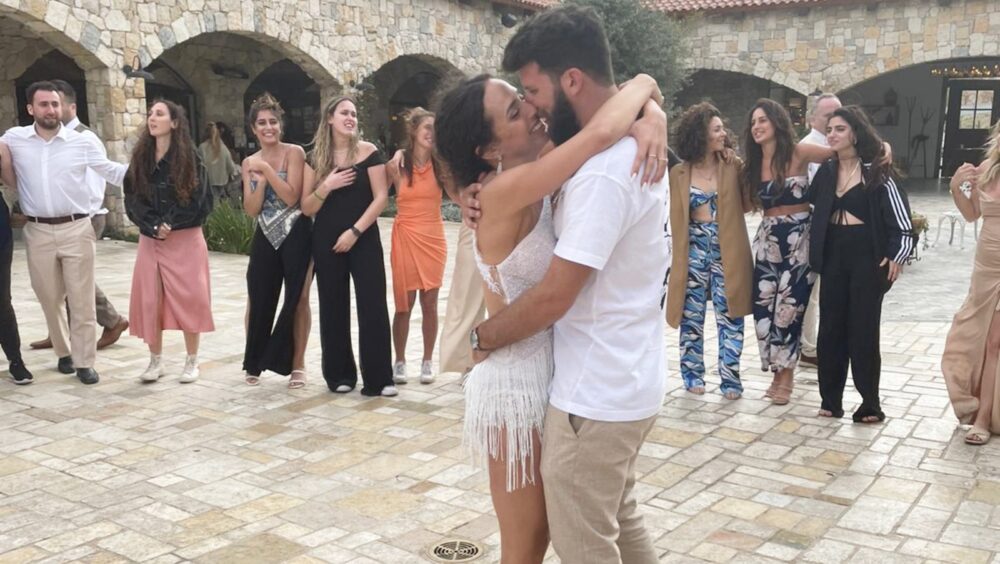 “The energy at the wedding was amazing. My husband and I just kept dancing throughout to keep people hyped up,” she said.

Was her new husband truly surprised?

“I think Chen had a feeling I would do something like this, but with my students. He never imagined the girls – and one guy — from the cheerleader team would come and do it.”

UNCOVER ISRAEL - Get the ISRAEL21c
Weekly Edition free by email
Sign Up Now!
Bring Israel's story to life.
Millions of people around the world rely on us to gain a deeper understanding of Israel. We are the trusted source for original content you won't find anywhere else.
You can make a difference. Donate today to support journalism that brings Israel’s story alive.
SUPPORT ISRAEL21c
Read more on:   Spotlight on Israel, Culture, Israeli weddings, Dance in Israel