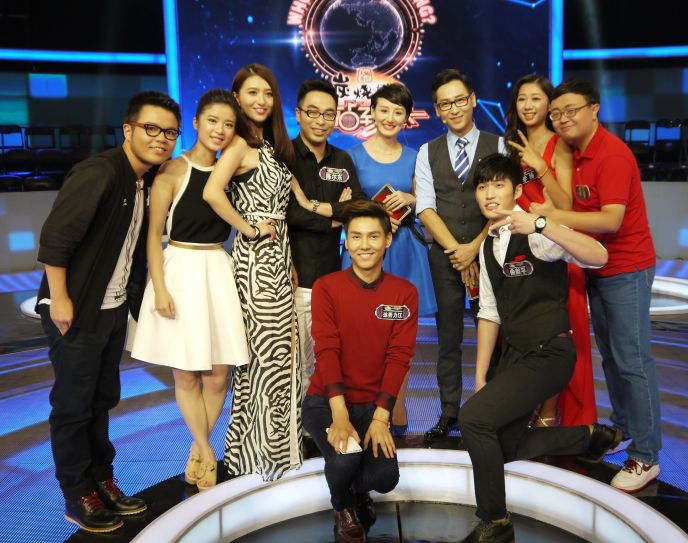 Adaptations of Israeli television shows can be found the world over. But it’s quite rare to find an Israeli university student taking part in an originally Israeli show in another language and in another country.

That’s exactly what Lechao Tang, a 24-year-old master’s student at the Hebrew University of Jerusalem’s Rothberg International School, was doing on the Who’s Still Standing quiz show in China.

China’s national television channel invited Tang, a Chinese citizen pursuing a graduate degree in Bible and the ancient Near East, to participate in the quiz show against students from Harvard, Yale, Cambridge and other leading universities. While people in China know of those schools, the Wenzhou native said that whenever he says he’s studying in Israel, he’s asked: “Where’s Israel?”

Tang’s appearance on the show gave Israel huge exposure. In his two-minute introduction, Tang told the audience about the Hebrew University and about Israel as a whole. He spoke about the cultural diversity here and the international flavor at the Rothberg School. Producers showed a video Tang made of his classmates’ multilingual blessings wishing him luck.

“I’m glad to be a link between the Hebrew University and my home country of China. It’s an exciting cultural opportunity for me to introduce Hebrew U. to China from the point of view of a Chinese student,” Tang says.

The game show’s hosts had just been to Israel and they, too, wanted to tell viewers about the country. With slides of Jerusalem airing on screen, the hosts, who are married, shared an anecdote with the audience about the wife placing a note in the Western Wall for good luck to have a baby — and this year they had a son. 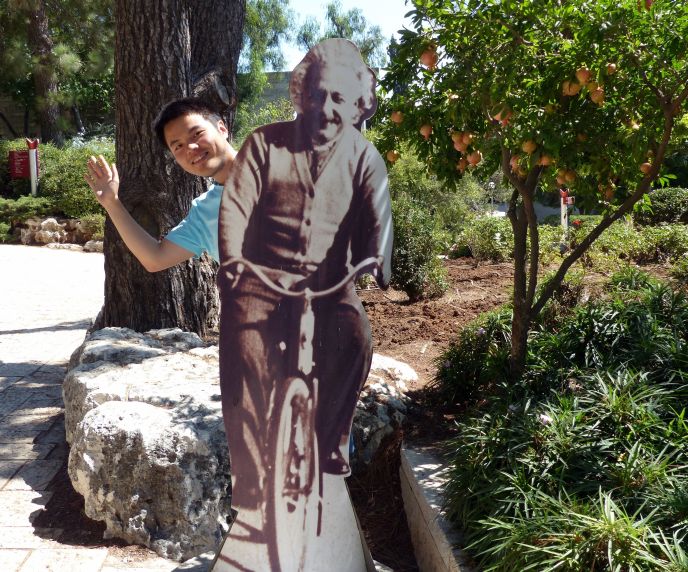 Who’s Still Standing is actually an adaptation of an Israeli Channel 10 production, Laoof Al Hamillion. ‎Contestants who give the wrong answer plummet into a hole. (Not unlike Ellen DeGeneres’ “Know or Go” segment.)

Tang did well in the first round and sent his Cambridge opponent down the hole. In the next round, as part of a team of Chinese international students competing against a team of Chinese domestic students, he didn’t fare as well.

And though his TV time ended, his 15 minutes of fame hasn’t and Tang is still often the first introduction many Chinese people get to Israel.

It was as an undergraduate student at the University of Oregon in the US, where he originally went to study linguistics, that Tang “quickly fell in love with Judaic studies. I couldn’t resist the beauty of the Hebrew language, so I chose to study further,” he says.

He was appointed the first Hebrew tutor from China in the university’s history. Today, he teaches Hebrew online through “One-Man University,” a non-profit Chinese educational startup. He also maintains a personal blog where he introduces Hebrew and Israel to Chinese Internet users.

Tang says he sees himself as the bridge between China and Israel.

“I believe that these two important peoples should cooperate in the course of globalization. My people should know more about the Jewish people and vice versa. And I would like to be a messenger between them,” he says.