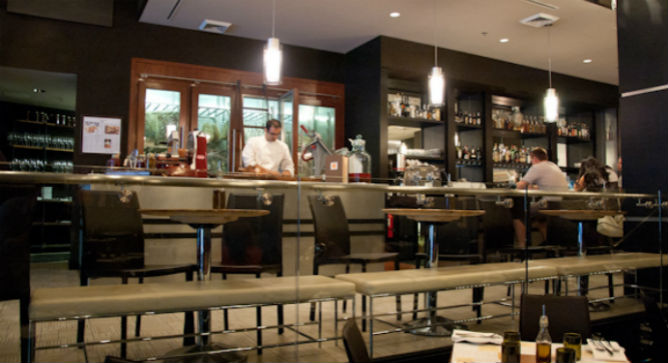 Shaya cooking inside Domenica. Photo by Will Blunt/StarChefs.com

Israel-born Alon Shaya is plenty proud of his nomination as 2012’s best Southern US chef by the James Beard Foundation. The most prestigious organization in the American restaurant industry singled out Shaya for his expertise as executive chef at the Italian restaurant Domenica in New Orleans.

Yet despite his passion for perfecting the cuisine he picked up on prolonged gustatory travels through Italy, Shaya speaks most emotionally of meals cooked in very different settings.

In August 2005, after Hurricane Katrina blew into New Orleans, he and Domenica partner John Besh made a makeshift kitchen in Besh’s suburban driveway and cooked tons of donated red beans and rice. They put the pots on a swamp boat on a trailer hitched to Besh’s truck, and drove around dishing up the traditional New Orleans fare to nurses and doctors, the National Guard, local police and hungry passersby. 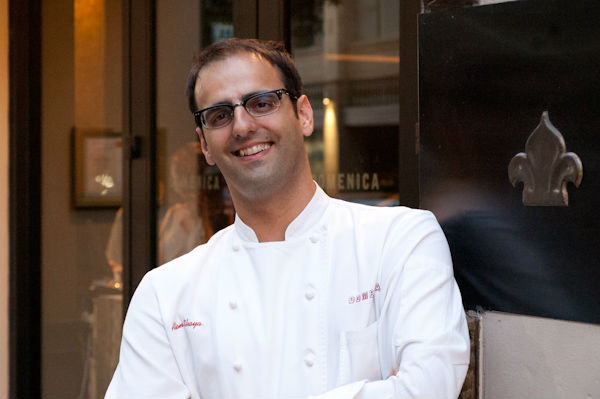 Alon Shaya. Photo by Will Blunt/StarChefs.com

“When all hell breaks loose, you have to ask, ‘What is my role going to be in this situation?’ and for us it was a no-brainer,” Shaya tells ISRAEL21c. “We did what we knew best. It was one of the most important times of my life — the first time I felt truly needed by society.”

Shaya, born in Bat Yam in 1979, last June traveled to New Orleans’ Israeli sister city of Rosh Ha’ayin with three other chefs to prepare a Creole-style kosher Shabbat dinner for about 5,000 locals to benefit charities. A few days later they fed 300 artillery battalion troops on the Golan Heights.

“It was like a homecoming for me,” says Shaya, who was raised in Philadelphia. He hadn’t been to Israel since 2003.

“On this trip I was able to see Israel in a completely different light than before,” he explains. “I always felt I missed out on my Israel experience because I was only four when my family moved away. I felt a void in my Israeli heritage even though we cooked all the food and celebrated the holidays. I’d never experienced it in a way I could connect with emotionally and intellectually as an adult.”

Shaya was so moved that he stayed on a few extra days with his girlfriend. He proposed to her at sunset on a Jaffa hill overlooking the Mediterranean – a spot he recalled from childhood picnics. His late grandmother had painted a picture of that scene, and he’d always wanted to have it. Afterward, Shaya’s mother gave the painting as a gift to the couple.

During his honeymoon in Barcelona, Shaya found out he’d made the James Beard finals. He is the second Israeli to be recognized by the foundation in as many years. In 2011, Michael Solomonov of Philadelphia’s Zahav restaurant received top honors for the mid-Atlantic region.

Though he didn’t win, Shaya views the nomination as a well-earned nod to the 70 workers at Domenica, which he and Besh opened in 2008. “They deserve every piece of it because they work hard to make this place what it is.”

Also nominated as Food & Wine’s Best New Chef in his region, recognized as a “Chef to Watch” by Esquire magazine and named one of StarChefs.com’s 2012 Rising Stars, Shaya says he likes to infuse the Domenica menu with Israeli touches.

“I try to do it without confusing our clientele,” he adds. “If I had falafel on the lunch menu instead of roasted chicken panino it would be confusing, so I allow my heritage to speak through the menu in a way that still feels Italiana.”

One of his specialties, inspired by the Tel Aviv chef restaurant Abraxas North, begins with roasting a head of cauliflower in Domenica’s wood-burning oven. He whips goat feta to resemble MidEast lebaneh, and plates the veggie and cheese with a well of olive oil and fresh chilies. “This dish screams ‘Israel’ to me though it may scream ‘Italy’ to someone else,” Shaya says.

Shakshuka, a spicy poached-egg-and-tomato Israeli dish, is a dinner-menu favorite at Domenica. Shaya puts an Italian twist on it by adding roasted goat shoulder and vegetables.

Shaya remembers coming home from first grade and smelling peppers roasting over an open flame. The aroma signaled that his mother’s parents were visiting from Israel. They were Bulgarians of Spanish ancestry, while his father’s parents were Transylvanians of Persian origin.

Three years ago, he began making a version of her Passover haroset for his first Seder dinner at Domenica. It attracted 60 patrons in 2010, 120 in 2011 and more than 400 this year. About 80 percent are Jewish. Catholic priests and curious staffers from the New Orleans Times-Picayune like to come, too.

Among other dishes, Shaya makes matzo ball soup, slow-roasted duck and pomegranate-roasted lamb shank. He bakes matzo in the restaurant’s wood-burning pizza oven. The fare isn’t strictly kosher, but it’s traditional in a gourmet way, and a rarity in a predominantly Catholic city.

“Most important to me is that we get people from New York whose children are in Tulane [University],” says Shaya. “They come down so they can eat a Passover dinner together at Domenica. How do you not feel moved by that? I got into the restaurant business to provide a piece of myself to everyone who comes to eat my food, and these kosher-style meals really do that.”

UNCOVER ISRAEL - Get the ISRAEL21c
Weekly Edition free by email
Sign Up Now!
Bring Israel's story to life.
Millions of people around the world rely on us to gain a deeper understanding of Israel. We are the trusted source for original content you won't find anywhere else.
You can make a difference. Donate today to support journalism that brings Israel’s story alive.
SUPPORT ISRAEL21c
Read more on:   People, Alon Shaya, Domenica, New Orleans, chefs, Art in Israel