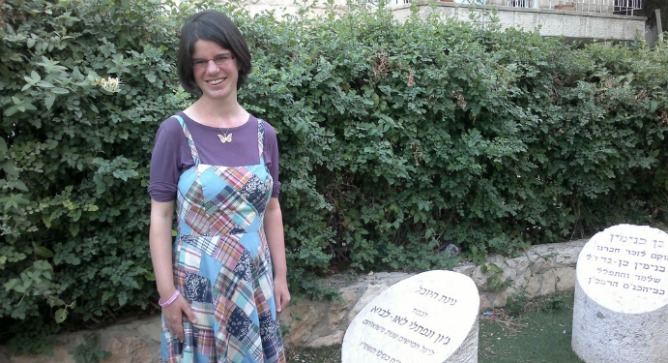 Batya enjoys “connecting with people who are like me.”

Haifa resident Liat Mansfeld, 37, is a social worker who counsels at-risk girls and teaches in Oranim College. Despite her impressive credentials, she has not found her soul mate through dating websites and matchmakers. Most likely, that’s because Mansfeld happens to be blind.

“People are very afraid of someone with differences,” she says.

She is one of about 40 Israeli singles who attend monthly events sponsored by Inbar, a four-year-old national organization that creates opportunities for social integration and skills development for marriage between adults with disabilities.

“Israel is a very family-oriented society,” says Director Laurie Groner. “While society is increasingly welcoming to those with disabilities, the challenges of social inclusion they face grow exponentially as their able-bodied friends marry and settle into the routine of family life.”

Groner, a non-profits professional with training in marriage therapy, says as far as she knows there is nothing quite like Inbar in Israel or abroad. 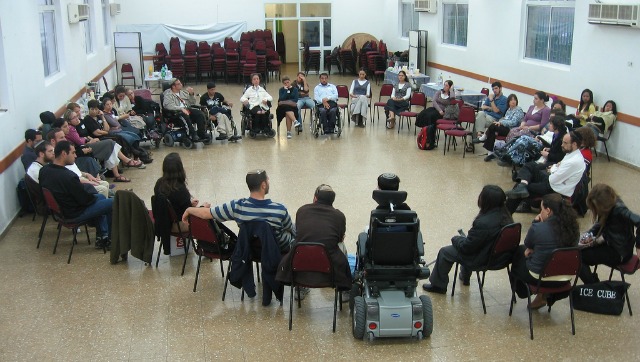 Inbar’s monthly meetings include relationship-building workshops and time to mingle.

Inbar is Hebrew for amber, a substance that looks and feels like rock but is actually fossilized tree resin. This illusion is a metaphor for the members of Inbar, whose disabilities present a picture that fails to reveal what is in their hearts.

It is also a play on the surname of Rabbi Shaul Inbari, 46, who was born with severe cerebral palsy and wrote a book on disabilities in Jewish law. Four years ago, he confided in his friend Shalomi Eldar — a community rabbi turned Intel computer programmer — that he despaired of spending the rest of his life coming home to an empty house.

“That night they sent out emails to everyone in their personal distribution lists asking if anyone was interested in starting a social group for people with disabilities,” Groner tells ISRAEL21c. “The next morning, Shalomi’s phone started to ring, and it didn’t stop.”

They advertised a meeting in someone’s accessible apartment. “When there were 20 people inside and more outside who couldn’t fit in, they realized how many people were looking for something like this. They began meeting every six weeks or so,” says Groner.

This is how Inbari met Neta, his future wife. Their wedding in summer 2012 was featured on Israeli television and was widely viewed on YouTube.

“Most of our clients have physical disabilities ranging from mild CP to blindness to people in wheelchairs,” Groner says.

“Some of our clients were born with a disability while others were injured in car accidents or terror attacks. They are functioning adults, mostly employed, many with university degrees. We hear all the time that with all of their challenges, loneliness is the greatest challenge they face.”

Since officially registering as a non-profit organization a year and a half ago, Inbar sponsors monthly events that include a workshop or lecture related to relationship-building, communication or other marriage-related topics as well as time for mingling.

Ori from Ra’anana is 24 and has CP. He has been coming to Inbar events from the start, either driven by a volunteer or a van service run by the medical equipment loan organization Yad Sarah.

He tells ISRAEL21c that he is searching simply for “a nice girl who has the same needs that I have; any kind of disability as long as she’s nice.” So far, no luck. “But I keep coming because it’s hard for me to find someone,” says Ori, who takes college courses in computer graphics and learns life skills at a special program in Sderot.

Batya from Efrat also is 24 and attends college, despite mild CP and learning disabilities. She started coming to Inbar in March after her sister noticed an article about the organization in an Israeli newspaper.

“I tried multiple matchmakers and I was never really able to find somebody,” she says. She dated a man she met through Inbar for a couple of months. But she also likes the opportunity to meet other young women with disabilities, “to connect to people who are like me.” 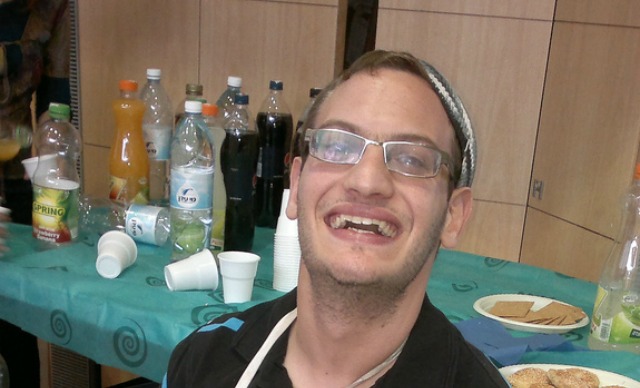 Ori hasn’t found his match yet but comes to every meeting.

Shani, 28, has mild CP and is studying for a social-work degree at Hebrew University. “I like the philosophy of the organization, that everyone can do everything,” he tells ISRAEL21c. “Just because I look different or walk differently doesn’t mean I can’t do what everybody else does.”

On the playing field

The organization’s steering committee of psychologists and therapists has come to understand that all couples who meet through Inbar need expert guidance and support from the dating stage and on. This is provided by volunteers and paid professionals.

“We’ve come to the conclusion that there’s no reason any two people who connect in personality can’t have a successful marriage,” says Groner.

“There has to something in common beyond the disability, so you have to check out many options,” says Mansfeld, who briefly dated one man she met through Inbar. “Because the group is heterogeneous in age and background it’s hard to find similarities, yet it’s complicated to meet people in other ways. I am grateful to Laurie and Shalomi because it’s difficult to find accessible places to meet singles.” 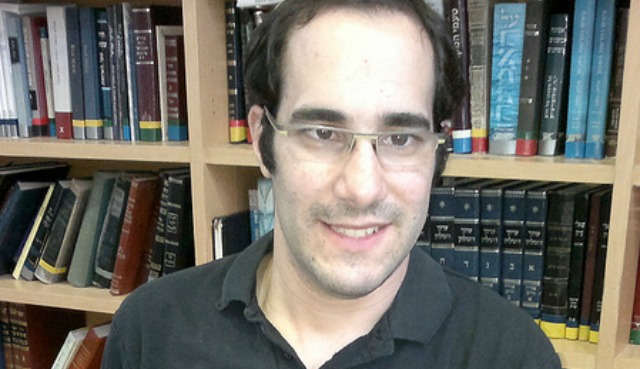 Shani, 28, is studying for a social-work degree.

Inbar maintains a database with the names of 340 young men and 120 young women. Six volunteer matchmakers make suggestions, but introductions generally go more smoothly if the couple meets in what Groner calls “almost a natural setting.”

To illustrate the point, she relates that an Inbar matchmaker suggested to a man with CP that he might enjoy dating a blind woman on the list. “He said ‘no,’ until he met her later at a singles event and took her number. He didn’t even know it was the same person. They went out half a dozen times and it didn’t work out, but they’re on the playing field and that’s something they didn’t have before,” says Groner.

Each event requires the help of volunteers, generally between the ages of 22 and 30.
Medical student Bat-Chen Amir, 27, helps people navigate to the restroom and the refreshment table. “Our other job is to help create relationships, get people talking to each other,” she tells ISRAEL21c.

Amir admits that when she was younger, she was afraid of people with disabilities. “I surprised myself that when I came to the first meeting, I didn’t see the disabilities but the people inside,” she says.