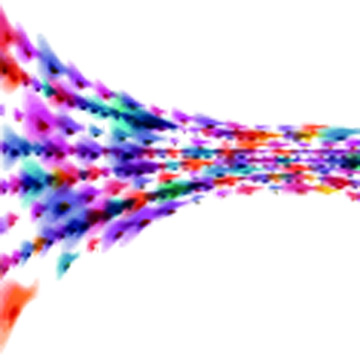 While others have turned to lasers to send images of light around corners, a team of scientists at the Weizmann Institute of Science turned on a regular lamp and set to work.

Reporting in the journal Nature Photonics, the Israeli scientists say they have found a way to send images of light around corners by shining light from a normal lamp through a highly scattering plastic film.

“The ability to image through inhomogeneous media is extremely valuable in numerous applications, ranging from astronomic observation through the turbulent atmosphere to microscopic imaging in turbid tissues,” the researchers wrote.

The scientists used spatial light modulators (SLMs) to “under” the scattering that makes objects opaque or non-reflecting.

Using a normal lamp, the team used a computer to tune the SLM unit they could see a clear image of the lamp through the film.

“What we have shown is that you don’t need lasers – everybody else was doing this with lasers, and we showed you can do it with incoherent light from a lamp or the Sun – natural light,” senior author of the study Prof. Yaron Silberberg told BBC News.

The team showed the technique works when the light from an object bounces off a piece of paper.

“You can take a piece of wall and effectively turn it into a mirror, and this is the part that makes everybody raise an eyebrow,” Silberberg told BBC.

Silberberg said the technique will be used in biological and medical studies.