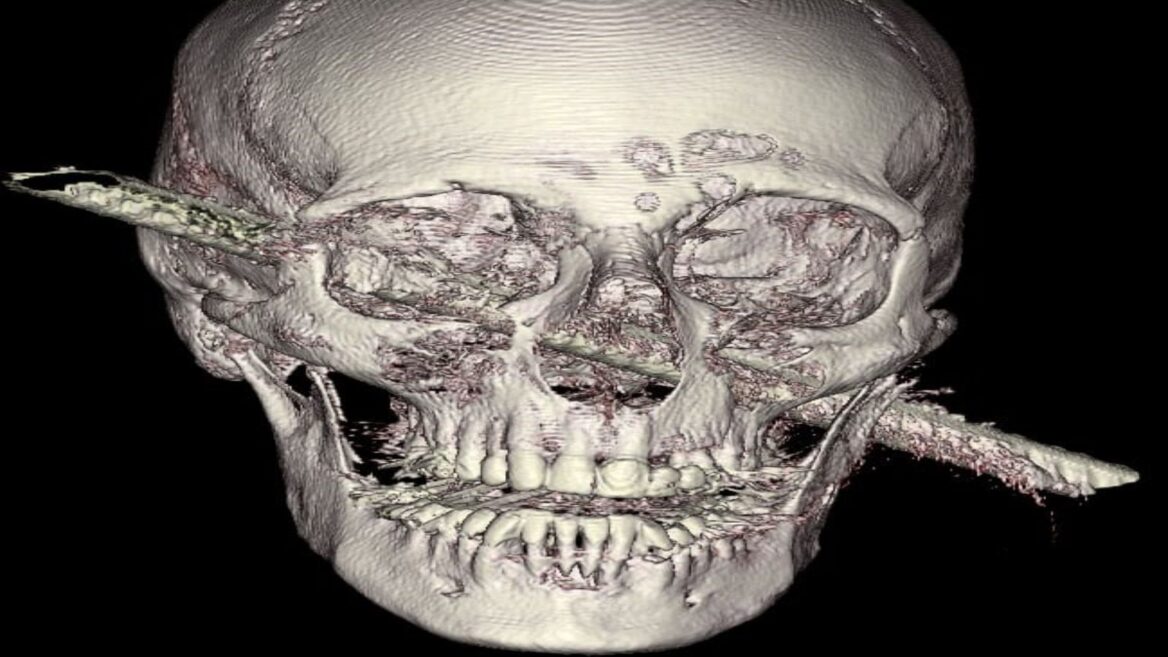 The iron rod rammed through Kamel Abdel Rahman’s skull, as seen in an imaging test. Photo courtesy of Hadassah Spokesperson

An Israeli man who was severely injured when an iron rod penetrated through his skull was recently discharged in good shape from the hospital, after multiple surgeries to remove the metal from his head and to repair the damage.

“Four weeks ago, on a Friday lunchtime, I went with my brothers to check up how the apartment I’m building for my family is coming along,” recalls Kamel Abdel Rahman, 46, from the Israeli-Arab town of Abu Ghosh outside of Jerusalem. “As I walked around the construction site I slipped and fell from the second floor of the apartment to the first floor, with my head on iron rods.”

Abdel Rahman says he couldn’t move so he shouted for help.

“I was conscious and didn’t feel any pain; I don’t know how to explain it,” he says. “My brother came and then the rest of the family and all the people who were there. I saw the expressions on their faces and the shock, and I heard them shouting and understood that the situation was grave.”

Seeing that his brother was frozen on the spot, “I just started giving him orders. I told him that this wasn’t the time to be in shock and that he needs to call Magen David Adom and fire rescue services because they’d have to cut the iron rod so that I could be evacuated. I was really operating there with full understanding.”

Once the emergency medical technicians appeared, they sedated Abdel Rahman and took him to Hadassah Ein Kerem Medical Center, where doctors began working on removing the iron rod from his head and stabilizing his condition, which had rapidly deteriorated.

“When I arrived at the trauma room I saw a man with an iron rod in his head – literally crossing his head from side to side. After his breathing was stabilized, we conducted various imaging tests to understand the position of the rod, what we had to watch out for, what it had hit and how to remove it,” neurosurgeon Dr. Samuel Moscovici said. 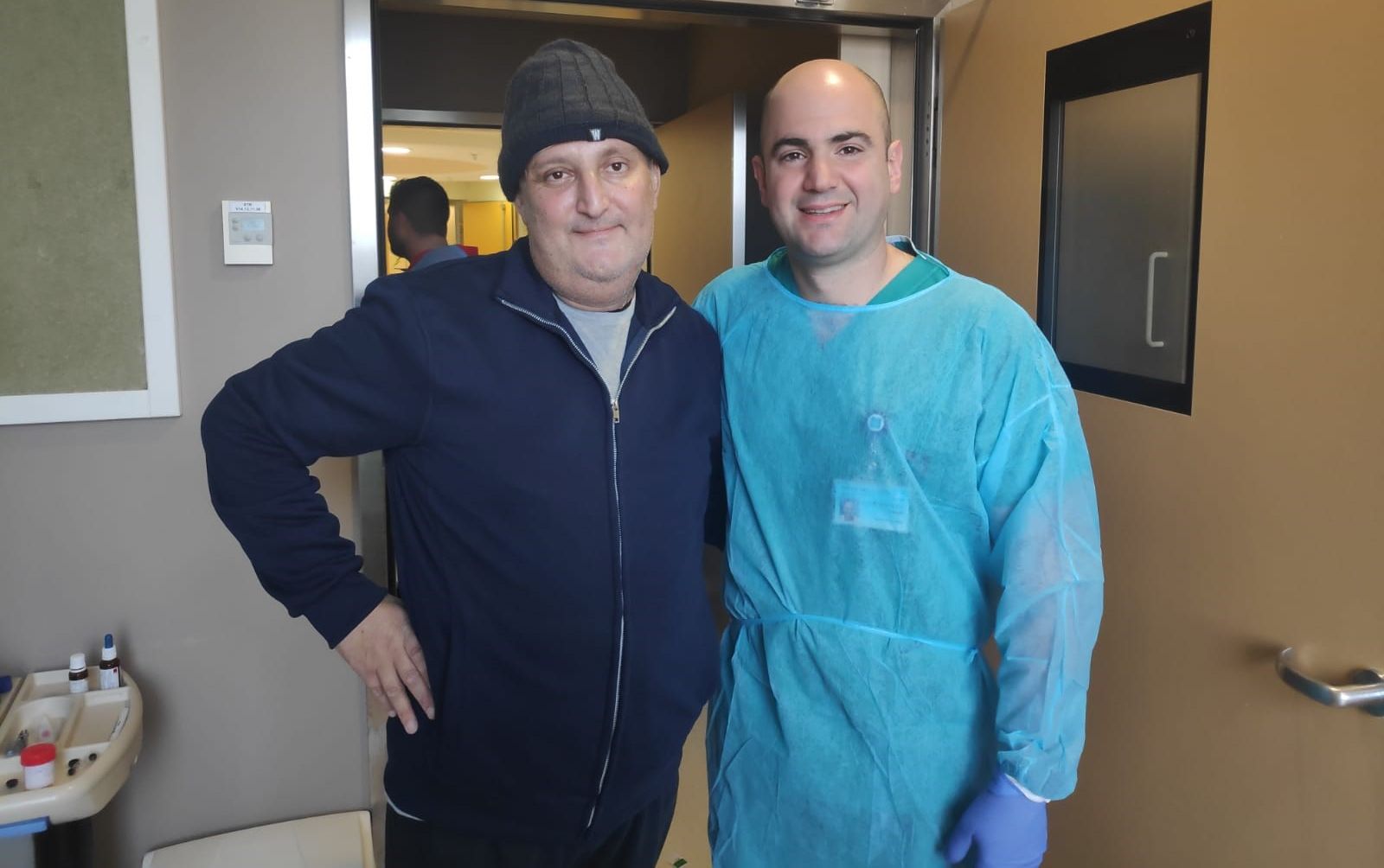 “The imaging tests showed that very fortunately the iron entered in between the two important arteries that provide the brain with blood and that it didn’t seem as if they were damaged. Our fear was that there was a tear that we couldn’t see because the rod was blocking it, and that the moment we remove the rod the artery would begin bleeding, which could cause immediate death,” he adds.

“After the doctors’ lengthy discussion we decided to carry out the surgery according to the strictest protocols, and in fact prepare for the worst-case scenario that could happen during the operation, in which the artery would tear and the patient would deteriorate.”

‘The patient every surgeon dreams of’

The operation took many hours, during which the medical team removed the rod and carried out a catherization. A few days later, when the swelling reduced, they operated again – this time a complicated endoscopic surgery to repair further damages including leaking cerebrospinal fluid.

“After the surgery we were optimistic, but we didn’t know what the level of injury would be and how the patient would wake up. To our happiness, after only two weeks of being treated at neurosurgical intensive care, Kamel woke up and showed vital signs and that everything was working properly and without any leakage,” Moscovici says. “You could certainly say that he was the patient that every surgeon dreams of.”

Walking out of the hospital, Abdel Rahman summarized the experience.

“I have no words to thank the doctors at Hadassah. They saved my life, my speech and my walking. Those who saw me didn’t believe that I’d live, and those who thought I’d live didn’t believe I’d be standing up on my feet,” he says. “I’ll be thanking them my whole life.”