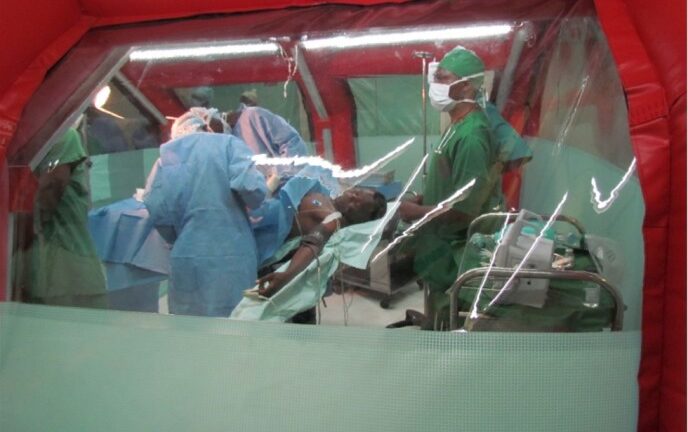 Israeli-made inflatable isolation tents are now being sent to African nations, in an attempt to combat the deadly Ebola virus. The sterile tents are being made in Or Akiva by SYS Technologies.

“SYS Technologies goal is to develop, produce and distribute breakthrough
products in the field of clean air technology in order to enable medical
caretakers to improve the quality of medical treatment for patients and
casualties,” reads the company’s mission statement.

“There is currently no effective treatment for Ebola, so the principal weapon against it is to isolate the patients so that others aren’t infected,” entrepreneur Yossi Yonah, who is marketing the Israeli solution, told YNet. “Our units are far more readily available than other mobile structures, and they are hermetically sealed and protect the surroundings from the patients.”

According to reports, SYS Technologies has also received orders from other African countries trying to deal with halting any possible outbreaks of the Ebola virus.