Over the millennia, the Mediterranean Sea has become much more than a transport hub for empires that control the region: It links nations, feeds countries, and its shores hold some of the world’s most expensive real estate and natural beauty.

Keeping human development in check along the Mediterranean isn’t only a goal for environmentalists. Already back in 2004 the United Nations penned directives and policies on how coastal development in the Med region should look. And most of the countries in the region signed on.

An urban land-use and policy expert at the Technion-Israel Institute of Technology, Alterman initiated Mare Nostrum, a new project that will unite 11 Mediterranean countries and stakeholders in finding ways to better enforce shoreline development regulations.

Back in Roman times, the Mediterranean was nicknamed Mare Nostrum, Latin for “Our Sea.” And indeed the Romans celebrated it as their own by building amphitheatres on its shores to provide entertainment venues for the empire’s port cities, which stretched as far as Israel and Egypt.

The Israeli Mare Nostrum project will link modern partners with modern needs and problems. It will serve as a legal bridge between all the Mediterranean nations, starting first with a handful of partners. Mare Nostrum has been awarded a grant of €4.3 million and will take place over three years.

“My idea was unique in the field, and rather than offering to look again at what should be the best laws of how to manage the coastlines,” Alterman tells ISRAEL21c, “the devil is in the details and the problem is getting the [existing] laws implemented.”

The legally binding treaty that most of the Mediterranean countries signed is called the Integrated Coastal Zone Management Protocol of the Barcelona Convention. Among its directives is that development should be set back 100 meters from shore. The EU now wants full enforcement and coordination between ministerial offices and databanks.

However, “the distance between lofty declarations and what’s on the ground gets messy. There are major disparities between countries in the Med,” says Alterman.

“My strategy is to look from the bottom up rather than the top down,” she tells ISRAEL21c. “I am not looking at the best practices, but the baseline practices. We’ll look at the lowest baseline for each country and inch it up a bit, notch by notch from the bottom.”

Some 30 partners and advisers from countries including Greece, Malta, Italy, Jordan, Germany, Turkey and Spain met in Haifa recently to determine the biggest issues facing “their sea,” ascertaining that uncontrolled development is the biggest problem for coastline protection.

Haifa is a beautiful port city north of Tel Aviv but it has been polluted from tankers and industry on its shores. This city, as well as several others in the Med region including Kavala, Greece, will be case studies for how Alterman’s modern-day Mare Nostrum will be put into action. 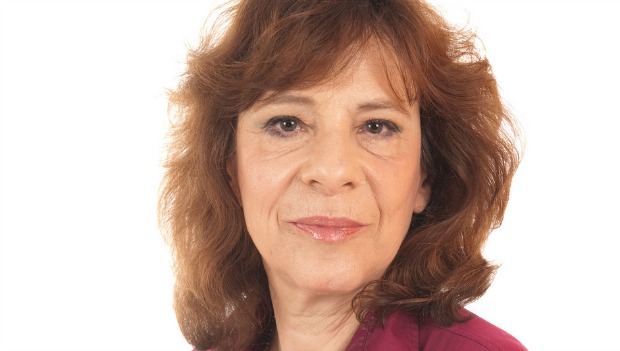 Alterman tells ISRAEL21c that she plans with her partners to build a toolbox to help local enforcement agencies do their job, but also help them find a middle ground with property owners who want to build on the coast, or with those who have done so already. Compensation could be part of the middle ground, she says.

She says it’s necessary and meaningful for Mare Nostrum leaders to engage the public and local NGOs by creating an activist spirit. Using mapping technologies like GIS (geographic information system), they can show physical sites of uncontrolled development, and the pristine areas that need to be saved for the future. With maps and coordinates in hand, and knowing what’s at stake, local groups and individuals can better petition to save their coastlines.

Israel has one of the densest countries in the region and offers only 2.5 centimeters of coastline per citizen. This is one reason why the country was a very early adopter and implementer of coastline development laws well before the UN created its regional protocol in 2004. Israel’s laws are pretty well developed, and except for France perhaps, quite possibly the most developed in the Med region, says Alterman, who is considered a world expert in her field.

Over the next three years, Mare Nostrum partners will assess progress in several case-study cities. These results will be brought to the table in another few years to see if Mare Nostrum will indeed be a successful vehicle for saving Our Sea.