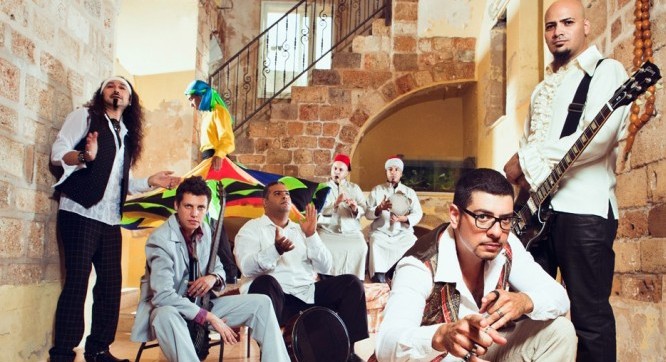 Jewish and Arab rockers Orphaned Land and Khalas have just wrapped up a joint tour across Europe, serving up heavy metal beats infused with a message of coexistence.

Orphaned Land is Israel’s most successful band in the Arab world.

Their goal has always been to unite listeners through music. “I am inspired by all religions but I have discovered that music is the strongest religion,” Orphaned Land lead singer Kobi Farhi told ISRAEL21c in an earlier video interview.
“Our music has no nation and no religion.”

Sky News covered Orphaned Land and Khalas’s joint performances in the UK, the Netherlands, and France. Farhi told the British station that he and Khalas guitarist Abed Hathut “have succeeded to grow above the conflict. Whether we come from an Arab, Jewish, Israeli, Muslim background, we adopted music as our religion above anything else.

“We share ideas, we talk about life. We talk about history. It’s a strong, deep friendship. One of the most interesting friendships I have discovered in my life. And I’m learning every day, being a friend of Abed, how much we are brainwashed.”

Orphaned Land hails from the central city of Petah Tikva. The group sings in Hebrew.

The two bands say their collaboration shows that peace is possible.

UNCOVER ISRAEL - Get the ISRAEL21c
Weekly Edition free by email
Sign Up Now!
Bring Israel's story to life.
Millions of people around the world rely on us to gain a deeper understanding of Israel. We are the trusted source for original content you won't find anywhere else.
You can make a difference. Donate today to support journalism that brings Israel’s story alive.
SUPPORT ISRAEL21c
Read more on:   News, Israel, Orphaned Land, heavy metal, Khalas, Arab-Israelis