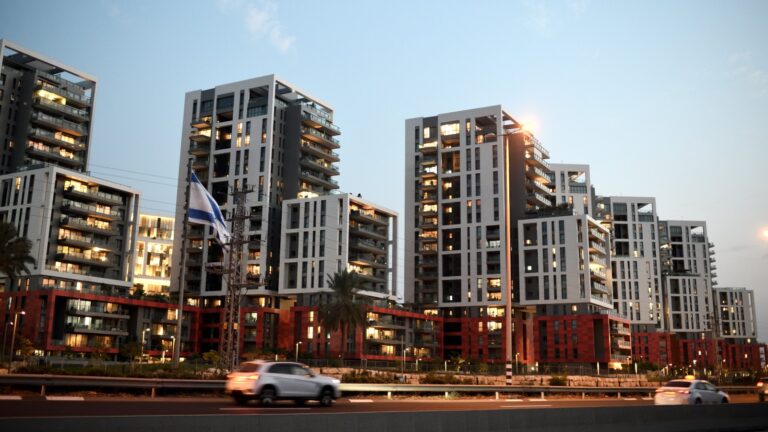 A new residential project in Herzliya. Photo by Gili Yaari/Flash90

According to research from the website Money.co.uk, Israeli housing prices increased 345.7 percent over the last decade. That’s the largest increase of any country in the world.

Israel’s No. 1 position is more than double the closest runners up – Switzerland, which saw a 165% increase; Germany, where housing prices rose 162%; and the United States, which logged a 153% bump. Coming in 10th place was the United Kingdom, with a 75% increase in housing prices since 2010. 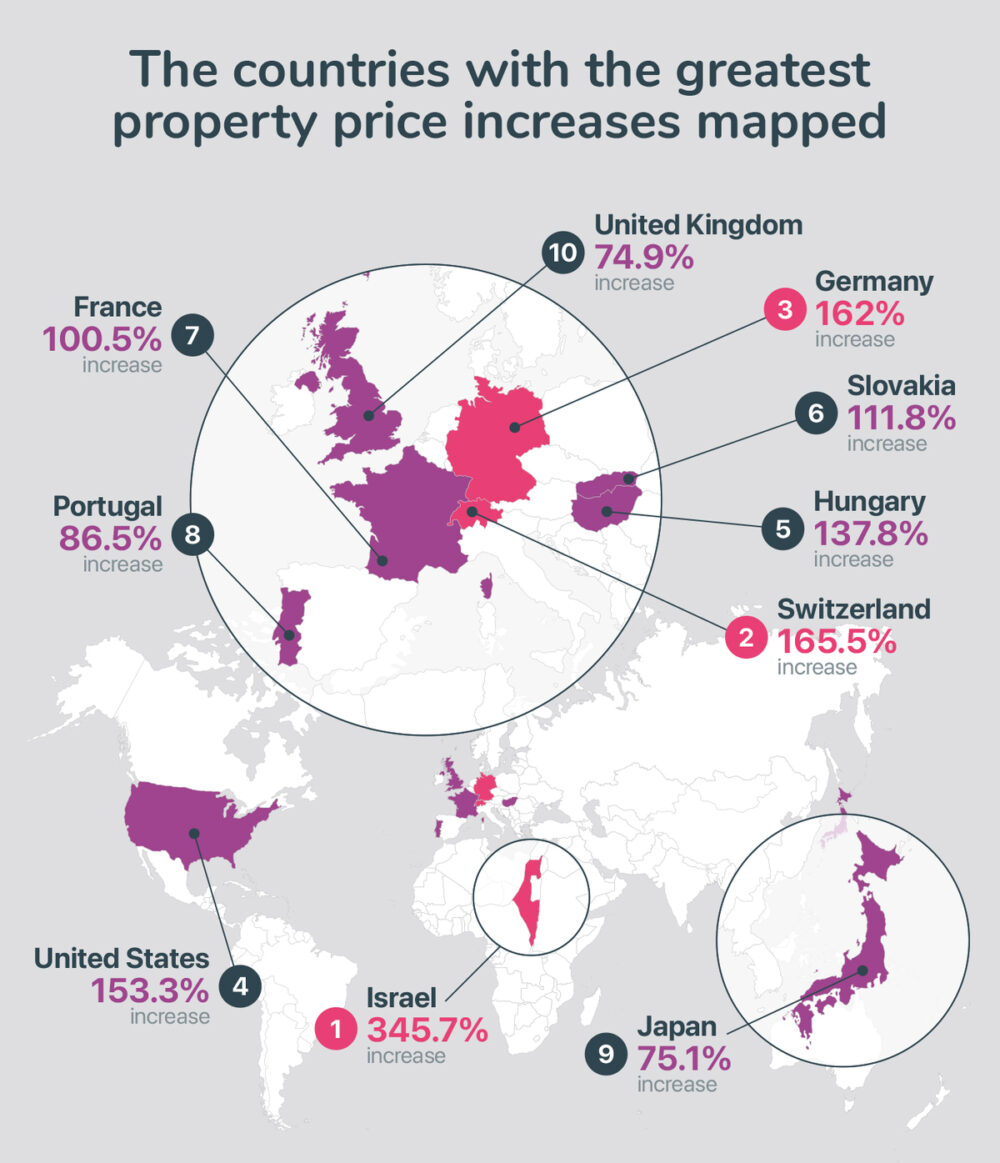 Greece experienced the biggest decrease in prices per square meter – a negative 17.9%. This was in keeping with the country’s economic crisis, which also depressed wages by 16% annually during the same period.

Details are in the full report.

The Money.co.uk research doesn’t consider the impact from the Covid-19 pandemic. In 2020, the average price of owner-occupied dwellings in Israel fell by 3.2%, the largest contraction since 2007. When adjusted for inflation, prices fell by 2.2%. The number of apartments bought during the second quarter of 2020 also plummeted by 27%.

However, by 2021, the figures were trending upward again, with housing prices in Israel rising by 5.6%, according to Israel’s Central Bureau of Statistics.

“Real estate accounts for 19% of gross domestic product directly, another 13% indirectly [and] not less than 40% of the public’s total wealth,” says Elli Kraizberg, a professor of business administration at Bar-Ilan University.

Tel Aviv holds the distinction of having Israel’s most expensive residential real estate, followed by the Tel Aviv suburbs of Kfar Saba and Ramat Gan, and then Jerusalem. Beersheva has the cheapest housing in Israel among the country’s big cities.

UNCOVER ISRAEL - Get the ISRAEL21c
Weekly Edition free by email
Sign Up Now!
Bring Israel's story to life.
Millions of people around the world rely on us to gain a deeper understanding of Israel. We are the trusted source for original content you won't find anywhere else.
You can make a difference. Donate today to support journalism that brings Israel’s story alive.
SUPPORT ISRAEL21c
Read more on:   News, housing in Israel