Your grandmother may have known that the essential oils in nettles help wounds heal. But she did not know why.

A unique cross-border team from Israel, Spain, Greece and Palestinian Authority-administered Nablus is developing a database revealing the science behind the medicinal benefits of thousands of plants they’ve been gathering and analyzing since November 2011 – including many native to Israel.

The BioXplore initiative eventually will lead to controlled cultivation of plants for pharmaceuticals, nutraceuticals and cosmeceuticals, says Prof. Bertold Fridlender, president of Hadassah Academic College in Jerusalem, where the cooperative research was initiated and is being administered with a €2 million European Union grant.

“Some of the plants were known through folklore to be valuable for specific uses, but we are giving a scientific base to that information,” Fridlender tells ISRAEL21c.

“If a certain plant is a good anti-inflammatory, we will try to show why and at what dose.” Fridlender, who has a doctorate in medical microbiology from UCLA and worked in botanical research at Rutgers University in New Jersey, says the potential of plants to generate new drugs is immense.

“About 25 percent of all pharmaceuticals today, including aspirin and many anti-cancer drugs, originated from plants,” he says.

Plants’ survival mechanism can help us, too

Because plants are literally rooted to the spot, Fridlender explains, they must synthesize many protective chemical compounds to survive and thrive despite weather conditions, diseases and natural enemies.

Perhaps because of the hot, arid climate in which they grow, Israel’s medicinal herbs seem particularly rich in healing chemical compounds.

“Some plants we picked because we knew local people use them for all kinds of folk remedies,” says Fridlender. “A number of others were identified later to have beneficial properties.”

The college (which is independent of the Hadassah Medical Organization) made an internal website where all the BioXplore partners are uploading their findings, some of which have already been published. At the end there will be a database for broad use.

“As a consortium, we would like to interest local industries to take whatever we have discovered and try to develop products together,” says Fridlender. 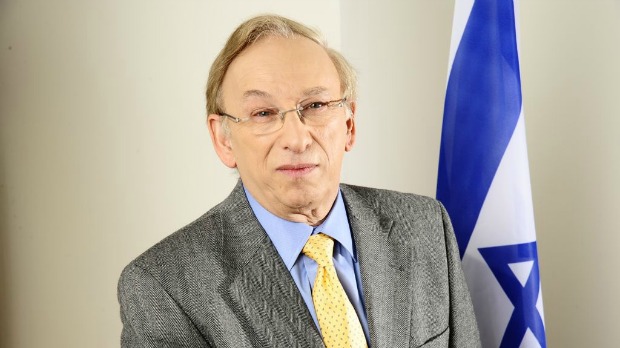 “It is important to stress that we are never going to destroy the environment by wildly picking plants,” he adds. “Once you identify a plant’s value, you can domesticate and cultivate it on special farms that will provide jobs and result in a standardized product from a plant grown specifically for this purpose.”

Even plants from the Old City walls

In addition to Hadassah, the BioXplore partners include the Biodiversity and Environmental Research Center (BERC) in Nablus, the Leitat Technology Center in Barcelona and the Hellenic Regional Development Center in Athens.

It all began when Fridlender saw a European Union tender for cross-campus projects in the Mediterranean basin related to environmental protection of plants, with potential for helping the economy of the partner countries involved.

He jumped at the opportunity and recruited the other partners as well as Gili Joseph, an expert in the field who was returning to Israel after her post-doctoral training at Rutgers University. Rutgers and North Carolina State University are participating in BioXplore as consultants, as are several veteran Israeli botanists.

Between November 2011 and November 2013, each partner is responsible for screening between 300 and 1,000 plants from its own region for 10 different bio-active ingredients.

Researchers are using simple screening kits created at the Global Institute of Bio Exploration (GIBEX), an offshoot of the laboratory of botanical researcher Prof. Ilya Raskin at Rutgers and Prof. Mary Ann Lila from North Carolina State. Fridlender worked with Raskin for more than a decade.

The kits allow for screening large amounts of plants right in the field without the need for sophisticated labs, which is crucial especially in studying wellness components of plants in less-developed countries, Fridlender explains.

These kits have previously been used in countries including Ecuador, South Africa, Botswana, Namibia, Kenya, Tanzania, with training provided by Joseph. She is heading the BioXplore scientific team including 18 Hadassah students.

“This is the first comprehensive screening of Israeli flora from north to south, desert to sea — even plants from the walls of Jerusalem’s Old City,” says Fridlender.

“By March we had already screened 1,000 plants and now we are in the process of selecting the most valuable plants that can generate unique opportunities for many different applications.”

He notes that the BERC and Hadassah teams have worked together closely and harmoniously on the project. “It was difficult to find a [Palestinian] partner, but once we realized we were a good match scientifically, science took over politics and it’s been a wonderful cooperation.”

Fridlender says Hadassah will look for ways to extend the project beyond November, either through public funds or industry sponsorships.