Kelvin Ombongi, 27, stands in a classroom in southeastern Israel, far from his native Kenya.

He’s been at the Arava International Center for Agricultural Training (AICAT) in Sapir since 2019, learning advanced Israeli farming methods that he hopes to plow into a career in urban agriculture back home.

Graduates of AICAT, he says, are featured in the Kenyan media and sought after by employers.

“What the program really gives, aside from the knowledge, is changing our mindset,” Ombongi tells journalists visiting AICAT with one of the center’s sponsors, Jewish National Fund USA.

“By the time we go home, we’ve learned the art of starting something small and building it to completion, and not giving up on the way,” says Ombongi.

“It’s not only education; AICAT is also creating leaders.”

Ombongi’s unscripted words bring a warm smile to the face of AICAT’s director, Hanni Arnon, an educator who founded the center in 1994 with partners including Israel’s Foreign Affairs Ministry and Agriculture Ministry.

She and her husband had established a successful farm in the Arava, a strip of the Negev Desert stretching down from the Dead Sea to Eilat.

She wanted to use her agricultural and educational experience to provide people from developing countries with the tools to improve their lives. 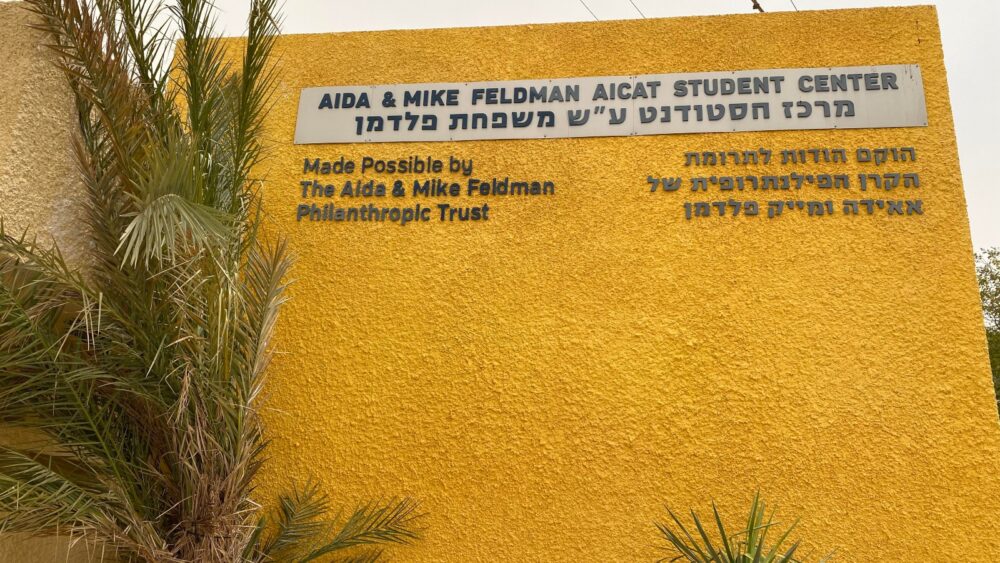 “These are students from countries where the main source of income is agriculture. But it’s traditional agriculture,” says Arnon.

“Usually when we ask what they grow, they say ‘rice.’ Why? ‘Because my father grew rice, and his father and his father’s father.’

“So we bring these young people here to the desert and provide them with theoretical and practical courses in agriculture. It’s totally different than what they have experienced in Thailand or Fiji or Vanuatu,” says Arnon. She was wearing a floral necklace in honor of the Thai new year. 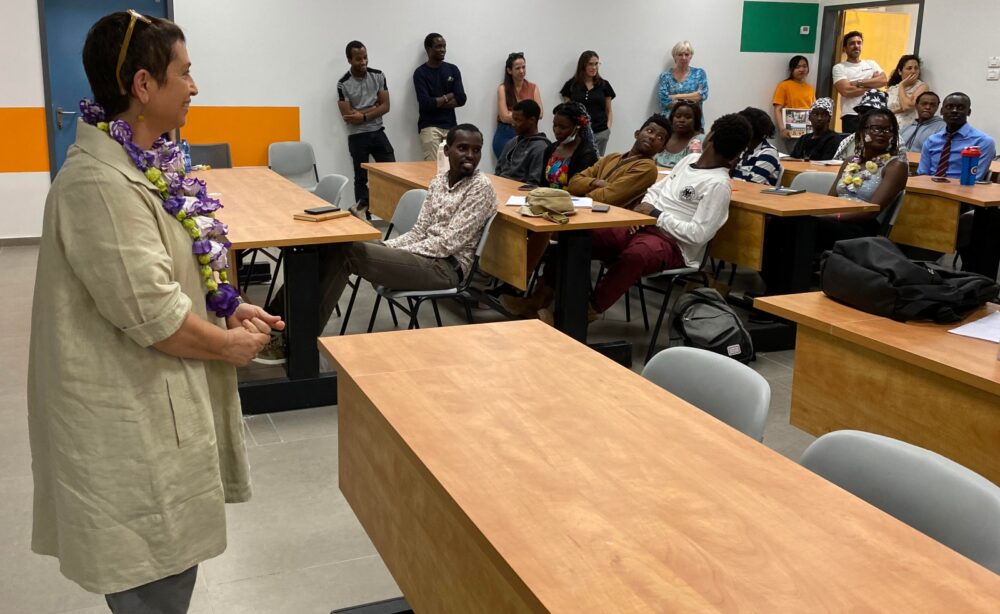 AICAT Director Hanni Arnon visiting a class where students from Kenya, Gambia and Cape Verde are learning about sustainable plant protection methods. AICAT graduates Gideon Kirui and Kelvin Ombongi are on the left against the wall. Photo by Abigail Leichman

“We don’t give them a recipe how to grow cassava or rice, because we don’t know how to do that,” she stresses. “But agriculture is agriculture.”

Students can opt for a 10-month diploma program for undergraduates, an 18-month master’s program in plant science in cooperation with Tel-Aviv University, or short-term courses in advanced agricultural studies. They also learn agribusiness management skills.

All courses are taught by Arava residents, meaning that AICAT is a source of livelihood for some 80 people in this desert region. Classes are taught in English; group leaders translate for students who are not fluent.

AICAT is not a charity program. The students live in local farming communities and pay tuition from the money they earn getting practical work experience on those farms.

“We cooperate with countries that Israel doesn’t have diplomatic ties with, such as Indonesia,” says Arnon.

She recalls some Indonesian students who were so impressed by Israeli cooperative farming communities that they established one at home, growing bitter melons (Momordica) using Israeli irrigation systems and seeds developed at the Arava R&D Center. 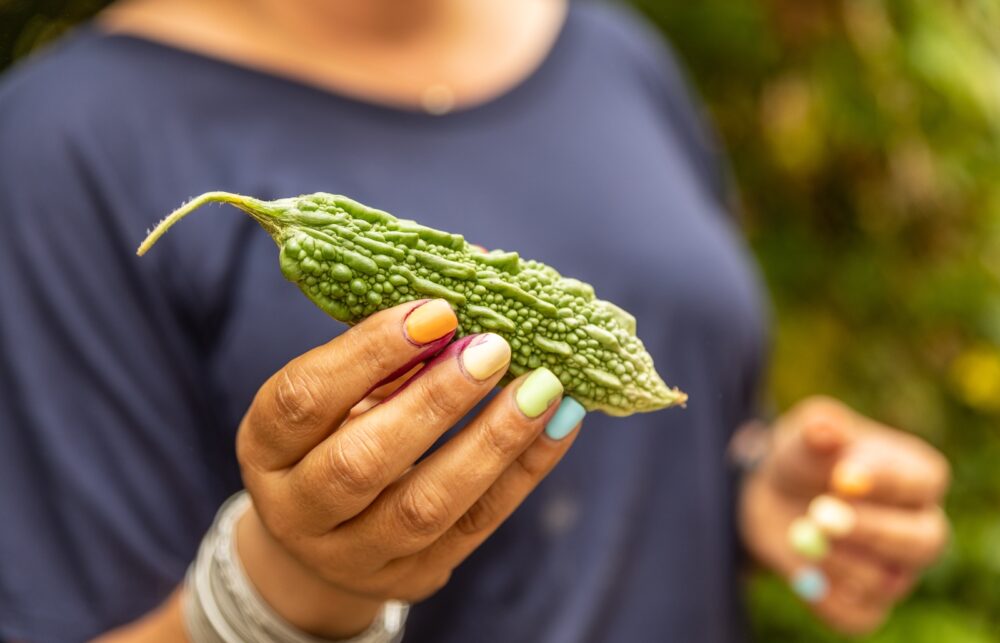 “We give grants to our graduates, and we see they are changing local agriculture in their home countries,” says Arnon.

One Cambodian student used the grant to purchase a rice-drying machine for his village so that the farmers can store and sell it when demand is high. Previously, they could only sell freshly harvested rice in small amounts and didn’t make much money.

“After half a year, he sent us a photo of the rice drying in the machine and we could see how our grant helped. It’s amazing how a small step can lead to a big change,” Arnon says.

Home away from home

After 28 years on the job, Arnon is well acquainted with the wide variety of customs and cultures represented on AICAT’s campus.

She makes sure students get to visit religious sites sacred to their faiths, and once a year the students put on performances showcasing their cultural heritages.

But it goes deeper. “They become part of our family,” Arnon says.

“In 2015, we had students here from Nepal, and after the terrible earthquake their parents told them not to come home when the course was over because it was a disaster there. So we let them stay one more year.”

During that second year, the Nepalese students developed plans to establish an Israeli-style cooperative farm in Nepal. “They went back home not as small farmers but as entrepreneurs,” Arnon says.

She points out that graduates can make higher pay at home because of the knowledge they have.

Gideon Kirui, an AICAT graduate now serving as a group leader for current students from Kenya, says, “What you get from here is very precious and when you go back to Kenya, everyone wants you. We have 47 counties and each one wants human resources. Some give [farmers] land and water, and some provide funding through private banks.”

“This is a dual diploma program,” Policar explains. “They start studying in college in Thailand and we give them 10 months here. And then after another semester at home, they get their diploma.”

From a whiteboard full of suggestions, his students decided to further develop lipstick from honeycomb, citronella mosquito repellant, and jasmine perfume. 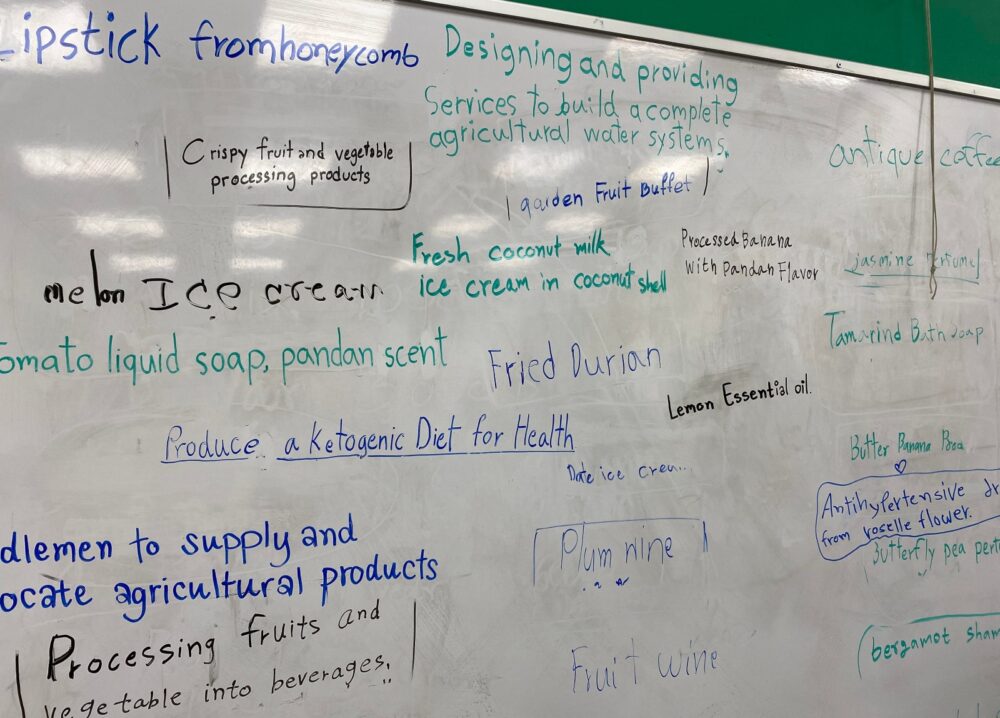 A whiteboard at AICAT filled with ideas for commercial items that could be made from agricultural products. Photo by Abigail Leichman

Arnon says students are amazed at how Israel has turned the desert into a thriving agricultural enterprise supplying the domestic and export markets.

“They see that even though we don’t have any natural resources, we do the impossible of blooming the desert. They say, ‘Wow, in my country we have good water and good soil, so why are we poor?’ And they take inspiration and a new spirit when they go back home. They learn to ask questions and find solutions to their challenges.”

Arnon says they also return home as informal ambassadors for Israel, sowing what she calls “good seeds” for a more peaceful and prosperous future.