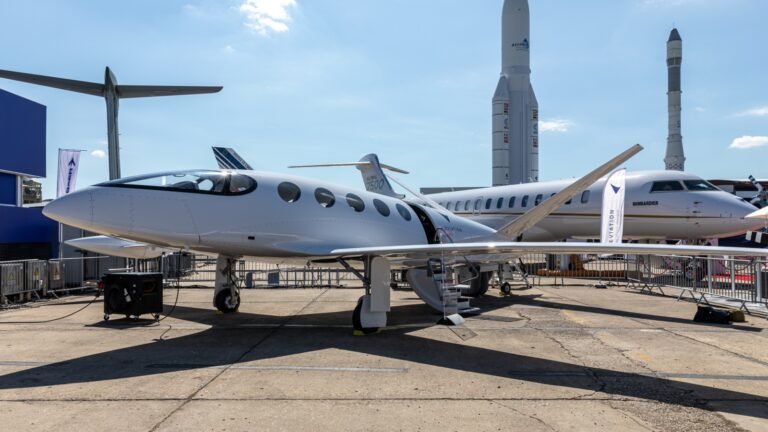 Think electric cars are all the rage? How very old-fashioned. At this week’s Paris Air Show, Israeli company Eviation Aircraft unveiled its electric plane, an emission-free, quiet mode of transportation that could greatly benefit the environment.

The streamlined plane, called Alice, can seat nine passengers and is planned to cruise at a speed of 260 knots for a range of up to 650 miles. The all-electric vehicle is meant to reduce operating costs stemming from fuel and oil usage.

The plane is scheduled to undergo flight tests this year and receive certification in 2021 according to a Reuters report, which also quoted Eviation as saying the plane will be available for commercial use in 2022.

Eviation’s first commercial customer is set to be Cape Air, a stateside regional airline, the news agency reported.
“Operating at a fraction of the costs of conventional jetliners, our Alice will redefine how people travel regionally and usher in a new era of flying that is quieter, cleaner and cost effective,” Eviation CEO Omer Bar-Yohay was quoted saying.

According to the International Civil Aviation Organization, 4.3 billion people traveled by air in 2018, a 6.1 percent increase compared to the previous year.

And with airplanes releasing particles and gases such as carbon monoxide, carbon dioxide, hydrocarbons and lead, their growing use continues to impact the environment, making planet-friendly travel options increasingly important.